You DON'T Make Friends With Salad: My Return to the Dark Arts of Meat Eating

i am 26 and have been a vegetarian for close to 9 years. at the time i stopped eating meat i really just didn't like it. i was always a picky eater as a child and didn't like to try new or disgusting looking/smelling foods. i slowly stopped eating red meat, then fish, and finally chicken and never looked back. through my years as a vegetarian i never was interested in eating meat and i never thought to myself, "gee, i could really use a steak right now." i got to the point where i thought of it as pretty gross and i ate my beans and sprouts with a smug sense of satisfaction that i was somehow better/cleaner/more ethical than my flesh eating friends. it was never really about animal cruelty for me, i have read up on it, and though some valid points are made with respect to the amount of land and energy it takes to raise livestock, as a moral/ethical standpoint vegetarianism never really spoke to me.

the last few weeks i have once again been dabbling in the dark arts of meat eating. it started with chicken on a camping trip, some turkey with the 'rents, and finally came to a head yesterday when i realized there was no turning back. i started the day with a smoothie and too much coffee, i thought about eating breakfast but it never materialized, and soon enough the weather was enticing me outside for a bike ride. i figured since it was my day off i'd try and up my distance and time on the bike by going for about three hours. thre problem with this is that about an hour and a half in, i know i'll be hungry and since i missed breakfast i might bonk on the way home. there are two solutions to this problem of course, the first being, to bring an energy bar or gel and take it on the way or, the second, to risk reaching a point of total exhaustion where you literally cannot go on without slowing to a crawl.

me being the adventurer that i am decided that i should see if i could just do it without the extra hassle of eating prior to or during my ride. one should know how to function in the face of total exhaustion anyway. the ride was great, and just as i had thought, about an hour and a half in i started to get hungry. as i kept riding, i kept getting hungrier and all i could think about was a hickory smoked beef sausage sitting in my fridge at home. the closer i got to town, the more tired i got, and the more i relied on the thought of hickory smoked beef with cheddar cheese on crackers. my stomach turned in knots as i put everthing i had into my pedal strokes, my legs burned, my back ached, yet my mind was calm as i mentally caressed the hickory beef-cum-jesus offering me salvation from my pain. as the last few hundred metres were ticked off i thought about the absurdity of the beef stick beacon that was guiding me home.

after my pillaging of the beef i yearned for more, suddenly i had a taste that couldn't be satiated. i promptly got the ingredients together for pineapple chicken and began cooking with a vengence. sadly, as good as the pineapple chicken was, it wasn't enough. i took a gander into the deep freeze and spotted a turkey pot pie, i snatched it and ran up stairs with a lightness only a child on christmas morning could know. in my haste to gorge on turkey, gravy, and flakey flakey pie crust i turned the microwave on too high and was met by a limp, soggy mass which i can only describe as inedible. after another trip to the deep freeze, i had a frozen turkey dinner which seems kind of iffy to me now, but at the time called out to me like a sweet siren song.

all i have now is a little remorse, a desire for steak, and the end of an era.

Muad'ib said:
all i have now is a little remorse, a desire for steak, and the end of an era.
Click to expand...

awww...let the delicious taste of crispy barbequed animal fat comfort you through this difficult transition.

in your face, vegetarians!
J

I as well was a vegetarian for many years. I have since started eating meat again. I started with fish and then chicken. This winter i finally started eating red meat. There's still a lot of meats that I won't touch though. I won't eat a hamburger or hotdogs and for some reason I can't bring myself to eat pork. Why is red meat superior to pork? I don't know.

My main reason for cutting meat out of my diet was related to sustainable living and the fact that I just wasn't interested in eating meat. I think that my meat consumption is so limited (ie. i wont go out and buy it) that i might as well include it sometimes, like if i'm at someone's house for dinner.

I just wish that it was easier to obtain free-range meat as opposed to factory farm meat.
C

remember this summer when you were all "dude I can't believe you caved!" when I told you I was eating meat again after like 6 years?!?!?!

DUDE I CAN'T BELIEVE YOU CAVED!

I can't wait to have beer and chicken wings with you.

Also, the other day I made homemade hamburgers. That was the first hamburger I've ever eaten that I actually enjoyed. THANK YOU, YOU BEAUTIFUL ANGUS COWS! GOODBYE LOW IRON!
C

Also, have you thought of eating mountain goats yet? I bet they'd be tasty.

if you think about it you are going to be better than two groups of people!

yes i know there are exceptions to both groups, except for the farting thing... never met a vegetarian that didnt fart a lot.

for me the first foray revisiting meat eating came with a horrible cold only chicken soup could cure. my heart was won again by prociutto on a bun with a nice havarti

edit: oops that was me, dyad
C

Hypnotoad said:
a)fart less than the vegetarians
Click to expand...

I fart just as much now as I ever did as a vegetarian! I love farting!
T 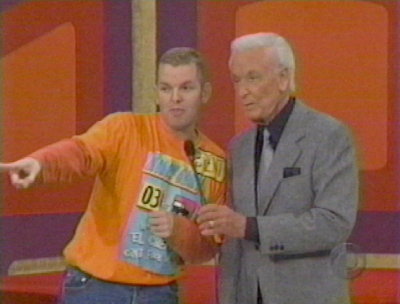 same sort of story for me - was veggie for 5 years, and slowly went back to the dark side - fish first, then poultry, then BEEEEEEEEEEEF!!!!!!!

the only things i still can't stomach are chicken wings (cuz that's just too many bones to ignore), and i can't deal with raw hamburger meat well - i'll eat it once cooked, if i didn't deal with it before it was cooked, but....

Were you guys in pain at when you ate red meat again for the first time? I can imagine one would have to build up the enzymes to break down red meat down again. Thats your body punishing you for leaving the red meat in the first place.
C

Big League Chu said:
Were you guys in pain at when you ate red meat again for the first time? I can imagine one would have to build up the enzymes to break down red meat down again. Thats your body punishing you for leaving the red meat in the first place.
Click to expand...

that's all a load of crap. My stomach felt like sunshine when I ate beef the first time.
T

yea those Survivors always get the shits after eating a reward cheeseburger.

Staff member
It's all about the 4 inch thick aed prime rib on the BBQ!
G

Casey said:
that's all a load of crap. My stomach felt like sunshine when I ate beef the first time.
Click to expand...

I'm a really bad vegetarian. I cut out red meat and chicken but it doesn't count when I'm eating out or at someone's house. Then we caved and bought bacon a few weeks back.
I have a feeling the BBQ season will be the end of my farce.
B

Mmmm...animals, so cute and tasty.

wicked. put a pork roast in the slow cooker for me.

all kinds of awsome


Muad'ib said:
all i have now is a little remorse, a desire for steak, and the end of an era
Click to expand...

Big League Chu said:
Thats your body punishing you for leaving the red meat in the first place.
Click to expand...

Casey said:
Also, have you thought of eating mountain goats yet? I bet they'd be tasty.
Click to expand...

the meats a little tough and gamey tasting. just the way i like it.