Woman with faulty gene gets embryo without it

From The Globe and Mail, Tuesday Feb. 27th:

Woman with faulty gene gets embryo without it

By CAROLYN ABRAHAM
From Wednesday's Globe and Mail


A woman carrying a faulty gene that can trigger Alzheimer's disease before the age of 40 has given birth to a child free of the defect who was carefully selected from a batch of lab-made embryos.

The case highlights enormous ethical issues about the genetic screening and discarding of test-tube babies in the quest for a healthy child. It also raises tricky questions about whether everyone should be entitled to use this sort of assisted reproductive technology, known as preimplantation genetic diagnosis, or PGD.

The 30-year-old woman in this case, for example, is likely soon to lose her mind to the rare gene mutation she inherited, leaving her unable to care for the child she went to such extreme measures to conceive.

Doctors at the Reproductive Genetics Institute in Chicago collected eggs from the woman's ovaries, fertilized them with her husband's sperm in a lab dish and created 15 embryos.

Four of the 15 that tested negative for the defective gene were then implanted in the woman's uterus, leading to the birth of a healthy child, now 18 months old.

"The woman . . . most likely will not be able to care for or even recognize her child in a few years," University of California researchers Dena Towner and Roberta Springer Loewy wrote in a commentary that accompanies a report published today in the Journal of the American Medical Association.

While some might question the mother's motives, Dr. Towner and Dr. Loewy noted that this woman has ensured that her family's next generation will be spared this form of hereditary dementia, which strikes in the mid- to late 30s.

Pregnant women have long undergone prenatal screening to determine whether their babies would suffer genetic conditions such as Down syndrome, cystic fibrosis, Duchenne's muscular dystrophy and hemophilia. A positive test result means couples must agonize over whether to terminate a pregnancy.

Doctors first added the prospect of PGD in 1989, in effect allowing couples at high risk of hereditary diseases the option of preselecting healthy embryos to be implanted.

But with this case, the Chicago doctors themselves acknowledge they have entered a new moral quandary because the screening for early-onset Alzheimer's is unlike most preimplantation tests, which are applied to debilitating illnesses that strike with certainty in childhood.

Yury Verlinsky, lead author of the report, acknowledged that the controversy here reflects the fact that this particular gene defect strikes in adulthood. And while it almost always leads to the disease, a slim chance remains that someone carrying it will not develop Alzheimer's.

"However, because there is currently no treatment for Alzheimer's disease," Dr. Verlinsky said, "PGD seems to be the only relief for at-risk couples."

The woman in this case was tested for the genetic mutation known as V717L, which causes a rare form of hereditary Alzheimer's, after her sister developed symptoms of the disease at 38. Their father died at 42 after a history of psychological problems. Her brother, who has also tested positive, has been losing his memory since 35.

The more common form of Alzheimer's strikes late in life, and its causes are not yet fully understood.

Those who believe life begins at conception argue that destroying diseased embryos is a sad form of abortion. Others are convinced genetically screening embryos has its merits along with its dangers.

Patricia Baird, a geneticist at the University of British Columbia who headed Canada's 1993 Royal Commission on Reproductive Technologies, said PGD should be used only in exceptional circumstances since it is far more invasive — women must undergo harsh hormone treatments to allow doctors to harvest their eggs — and is far more costly than the usual form of prenatal screening.

Still, Dr. Baird said, "I think most people would support using PGD to avoid having fatal or devastating childhood illnesses.

"But is it okay to do it for genetic disorders that might only have adult onset? Or what about genes that just make you susceptible to certain diseases? Once you start down this road it starts to be a very slippery slope."

At the far end of the spectrum is concern that couples, who can already select the sex of their children, will start to screen babies for other traits they deem undesirable, such as baldness, low intelligence, or obesity, and create designer children.

Along the way, said Margaret Somerville, founding director of McGill University's Centre for Medicine, Ethics and Law, human societies will begin to lose their diversity as people define what genes are "normal" and "healthy."

"We're also making a judgment that anyone who carries this mutation for a disease they may develop in their 30s is defective, a no-good product. This is why people with disabilities are so concerned about this technology."

"The way we have our children [will move] from chance to choice," she added.

"My concern is that we lose this sense of the mystery of what life is, and it could become just another molecular event."

Because many of you are going to be too lazy to read this:

This lady who has a genetic predisposition to develop a rare form of early-onset Alzheimer's was fertilized with her own ovum that were screened for the presence of the gene that causes the disorder. Her father and brother both developed the disease in their mid-30's, and the same fate is expected for her (the gene has been identified in her).

This opens a whole can of worms regarding where the ethical line should be drawn -- a whole generation of "designer children" could potentially be born, because their parents had genes predisposing towards baldness, obesity, myopia, shortness or whatever eliminated from the genetic soup.

Pretty fucked up if you ask me.

Selective breeding will be the downfall of our diversity.
C

I agree with this technology and the way they are using it today to prevent disease.
But if it is abused and used to screen other traits (baldness, low intelligence etc) then I think we are heading into dangerous territory.
I think it is unhealthy for society to start farming babies to achieve some super child.
O

No worries, nature will adapt and continue regardless of humanity's god complex. This child will probably end up with some other ailment, laws of absurdity predict so.
L 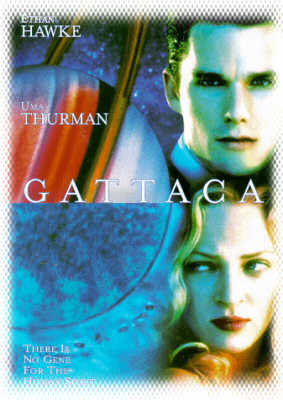 i highly doubt most couples will shell out thousands of dollars to have a lab full of doctors do something that the 2 could do for free.

My thoughts exactly....
A

I give 100% to genetical manipulation.

That is if it aims to improve your body/brain.