I saw someone jump off a bridge on Saturday (Gerrard St.) - well not the actual jump but afterwards.

A few bystanders who saw the whole thing were looking over the edge saying "there he is" or something like that.

I was riding by on my bike in the bike lane just as the first cop car pulled up (parking right in front of my so I had to go around it). Then I heard the sirens of the other emergency vehicles approaching down below.

I didn't stop to see anything else but can still picture the whole scene.

Not sure why I'm posting about it here. Just trying to process it I guess.

yeah.
saw an old man get pinwheeled over the hood of a car. DOI.

also tried assisting a guy i saw fall 40 feet off a ladder. shattered his arms and wrists trying to stop the fall, face first. very bloody. he died holding my hand as the medics tended to him. friday the 13th, 1300 hours.

i still have dreams about the ladder guy from time to time.

One night a few years back during TIFF I was in a car heading up Church St in the rain, on the way to a charity concert at Maple Leaf Gardens. It was dark and the rain was coming down fairly hard but our visibility wasn't too bad. Good enough that I could see a woman had jaywalked across the street and was stuck in the middle of the intersection. She had on a black coat and a black umbrella was pulled down low over her shoulders. She was looking south at the traffic coming north, and I could see an SUV speeding right at her from the north. I tried to scream out but my voice wouldn't work. I just sort of grunted and pointed and then the car rammed into her at full speed from behind. It didn't break until after impact and the woman was tossed up about 12 feet in the air and she landed on her head. We stopped immediately and called 911. She was alive when the ambulance drove off but I still don't know to this day if she survived. The driver of the SUV was catatonic afterwards and could barely speak. Never saw her at all until it was too late.

Couldn't shake that sight of her body flipping violently upwards in the air. Don't jaywalk at night in the rain. And definitely don't get caught on the yellow line if you do.
K

Watched a guy jump off the balcony, literally step over the railing and then swandive - messy. My dad tried to talk the guy down but it never worked.

Was going out the fire exit in my building and heard 4 bangs while going down the stairwell, I go out the exit and a neighbour is laying dead in front of me. I knew the family and the husband was never the same. he became a hermit and Id only ever see him come home from work.

I watched a skinhead get laid out by two J&F Bloods on his belly and then romper stomped, sending his teeth into the asphalt.

Watched two guys fight over a girl, one pulled out a knife the other went inside and grabbed a butcher knife, they hacked to the point that one guys arm was dangling.
S

kyfe said:
Watched two guys fight over a girl, one pulled out a knife the other went inside and grabbed a butcher knife, they hacked to the point that one guys arm was dangling.
Click to expand...

so, which guy did the girl pick? Or was she all "You two are a bloody mess! I'm going home with that guy over there"

Back in highschool my Mom and I had to stop traffic on the highway after a women jumped from the overpass and got smoked by a dozen or so cars. It was pretty messy. Still remember it vividly
R

This isn't the best thread to read while eating lunch.

I was first on the scene to an upside-down SUV on a quiet country road in North Carolina a few years ago. The guy was pinned inside by lots of crushed metal, I couldn't do much but call 911 and wait for the ambulance... he didn't make it.
K

Polymorph said:
so, which guy did the girl pick? Or was she all "You two are a bloody mess! I'm going home with that guy over there"

She was not present, it was a triangle and the BF found out went to the dudes house and it was showtime on his front lawn.

Wow you guys have seen some shit. Mine isn't even close but the image is crystal clear like it just happened:

My mother driving me back from Montreal during University for Christmas: Dark, Snowy, Moderate traffic. Out of nowhere the vehicle in the left line about two car lengths in front loses it so badly it does a barrel roll into the ditch. No way we could stop safely and lucky my mother who otherwise is a horrible driver actually did the right move and sped up to ensure we were clear. News reports listed family of 4 no survivors.

But again, nowhere near some of the other stuff here.

2 incidents at the same intersection outside my old house.

Same place, a guy in an Iroc was speeding along the street, slammed on brakes a bit too late and rear ended a dump truck that was turning left. Guy in the Iroc wasn't wearing a seatbelt, managed to break both his legs and drapped out onto the hood of the vehicle, crumpled up into a wall, face pretty much a mess of long black hair and gore. Worst part was when he woke up and tried to pull himself away from the wreckage - it took two guys to hold the guy down and make sure that he didn't do any further damage to himself. Vomited again when I saw what happened and called 911.

I still get nauseous whenever I have the rare opportunity to go by that intersection.

oddly, saw the aftermath of a jumper off the millwood bridge (ever since the suicide barrier went up on bloor jumpers either pick gerrard or millwood).

i was jogging on the DVP path and there were paramedics tending to some poor soul (pretty sure he was DOA). cops were just arriving to tape off the area.

and when i was a teenager i saw an acquaintance from my hood (flemo) get shot point blank. didn't make it. he was actually a cool guy that was vocal about some the ruffians in the area trying to run things and they didn't take kindly to his calling them out all the time.
L

My ex was on the subway and just as it pulled in to Old Mill station (all Windows) saw a guy jump off the bloor bridge. Crazy, had to talk J through that he was messed up by seeing it.

I've never seen any scenes quite that bad. a guy had a heart attach in my work reception area, I learned I kind of go into shock and am not the best at dealing with situations like that. (i was covering the receptionist's lunch at the time!)

A few months ago we saw someone get hit by the inset of the doors of an arriving subway at yonge and bloor. He was walking too close to the edge, hit his head, and just collapsed. Bothers me to even bring it up. I'm pretty sure he was done. His face was Green, and There was an army of emergency services outside once we left.

People walking up yonge street when it was shut down, were just like screw the TTC, it was a jumper or something. But we're in real shock since it happened right in front of us. Kind of makes you sick to your stomach.

Since then I always think how important it is to keep well back of the yellow line, and how Toronto would benefit from having a glass door barrier system like overseas.

In 1977, as a wee snot playing with friends in the Children's Village at Ontario Place, I witnessed a plane crash into Lake Ontario during the air show. It haunted me for years, and a few years back I finally looked it up. It was a Firefly and the pilot Alan Ness, did not survive. At least he went doing what he loved, unlike sadly a lot of the others mentioned above.
D

Was 1st responder on a car accident while riding in Northern Ontario. T-boned, B-pillar crumpled way in on passenger side, victim’s scalp peeled away from their skull like a sardine can. Shattered safety glass everywhere. Victim’s pupils non-responsive, pattern breathing. Established clear airway, stabilized c-spine. Driver freaking out the whole time, vocally wracked with guilt for their careless left hand turn. Paramedics finally arrived on scene, but she didn’t make it.

(Beautiful blue sky day, so weather or viz was not a factor).
K

depraved said:
Was 1st responder on a car accident while riding in Northern Ontario. T-boned, B-pillar crumpled way in on passenger side, victim’s scalp peeled away from their skull like a sardine can. Shattered safety glass everywhere. Victim’s pupils non-responsive, pattern breathing. Established clear airway, stabilized c-spine. Driver freaking out the whole time, vocally wracked with guilt for their careless left hand turn. Paramedics finally arrived on scene, but she didn’t make it.

(Beautiful blue sky day, so weather or viz was not a factor).
Click to expand...

Yeah definitely, I've seen aftermath of bomb blasts (no bodies) nothing as traumatising as this thread. 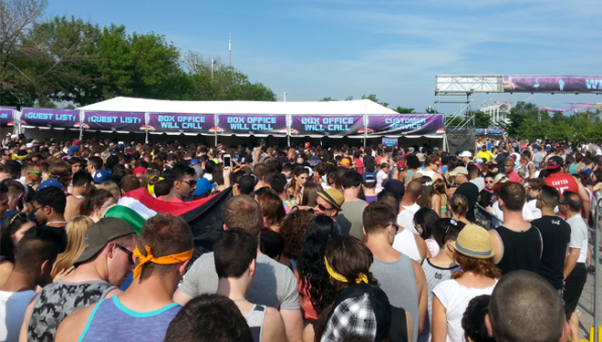 when i was 12 or 13 we had a sailboat and heard a distress call from a woman who's husband had fallen overboard and wasn't wearing a life jacket. she was screaming frantically for help, as she didn't know how to turn the boat around. for a couple minutes she would come on the radio and be screaming for someone to help her, until finally she decided to jump in with a life jacket and swim for him. her last words were 'tell my kids i love them', then radio silence. neither of them were seen again.

I saw a car pull up and unload 8-9 shots point blank into two dudes in another car. This happened on a crack corner at Dundas and Sherbourne. They were sprawled out bleeding on the street when I last saw them.
B

Today I saw 11 Brazilian men beaten and executed in cold blood. Some may call it a "World Cup", I call it outrage
B

In seriousness though, feel for everyone in the thread who has seen shit that is hard (in some cases impossible) to erase or bury away. My wife's experienced two horrific events in her lifetime and never really speaks of them and I dont' bring them up but always wonder to what level they stay with her on a daily basis
L

Saw a woman fall 12 stories from a balcony onto the side walk. I didn't see the actual fall, but the aftermath seconds after impact. Still can see it vividly in my head.

Person jumped in front of a subway I was on and was under the cars crying for help.

When i was young I saw a kid at my school get hit by a car and fly into the windshield and about 6 feet over the car. He was hurt badly but lived.

I've seen a couple of stabbings and some crazy brawls while working in the club district back in the day.