Really? There is some boring stuff in it here and there, but I'm finding this unadulterated view of diplomacy so interesting. And as I read the stuff I start to day dream about how this may be the dawn of a new era in politics and maybe this is the beginning of the end of elitism politics... and then I wake up.

i saw this in a tweet but cant find anything on it!!!

Full government files on the "plate of shrimp" time travel/UFO incident in East L.A. in 1984 released by Wikileaks.

Ho||yw0oD said:
Really? There is some boring stuff in it here and there, but I'm finding this unadulterated view of diplomacy so interesting. And as I read the stuff I start to day dream about how this may be the dawn of a new era in politics and maybe this is the beginning of the end of elitism politics... and then I wake up.
Click to expand...

I also find the reading to be quite interesting. It is fascinating to see the interplay between the information that is publicly released, what is kept hidden, and what is told to other countries.

A cool one I read was the cable regarding the shipment of tanks from the Ukraine that was captured by Somali pirates. The information about the pirate action was released, but none of the information about the cargo (allegedly illegal shipments to a UN-banned state) was made public. The cable goes into some of the set of relationships that created that situation, and how the US would respond.

I think this release of these cables by WikiLeaks is the single biggest event in the history of the study of international relations.
M

I'm not aware of Ron Paul's other political stances but this would be enough for me to vote for him if I lived in his riding.

wickedken said:
I think this release of these cables by WikiLeaks is the single biggest event in the history of the study of international relations.
Click to expand...

wickedken said:
I think this release of these cables by WikiLeaks is the single biggest event in the history of the study of international relations.
Click to expand...

Nothing top secret was revealed. It's fair to say that any diplomat from anywhere would already know or already guess the topics and even content of these cables. They likely engage in the same, or worse, activity themselves. The only thing novel about this exposure is exactly that: public exposure.

Every profession has its private and public interfaces. This case is just unusual in the sense that diplomats are unusually skilled at, and disproportionately involved in, keeping private matters private.

Bradley Manning, the 22-year-old U.S. Army Private accused of leaking classified documents to WikiLeaks, has never been convicted of that crime, nor of any other crime. Despite that, he has been detained at the U.S. Marine brig in Quantico, Virginia for five months -- and for two months before that in a military jail in Kuwait -- under conditions that constitute cruel and inhumane treatment and, by the standards of many nations, even torture. Interviews with several people directly familiar with the conditions of Manning's detention, ultimately including a Quantico brig official (Lt. Brian Villiard) who confirmed much of what they conveyed, establishes that the accused leaker is subjected to detention conditions likely to create long-term psychological injuries.

Since his arrest in May, Manning has been a model detainee, without any episodes of violence or disciplinary problems. He nonetheless was declared from the start to be a "Maximum Custody Detainee," the highest and most repressive level of military detention, which then became the basis for the series of inhumane measures imposed on him.

From the beginning of his detention, Manning has been held in intensive solitary confinement. For 23 out of 24 hours every day -- for seven straight months and counting -- he sits completely alone in his cell. Even inside his cell, his activities are heavily restricted; he's barred even from exercising and is under constant surveillance to enforce those restrictions. For reasons that appear completely punitive, he's being denied many of the most basic attributes of civilized imprisonment, including even a pillow or sheets for his bed (he is not and never has been on suicide watch). For the one hour per day when he is freed from this isolation, he is barred from accessing any news or current events programs. Lt. Villiard protested that the conditions are not "like jail movies where someone gets thrown into the hole," but confirmed that he is in solitary confinement, entirely alone in his cell except for the one hour per day he is taken out.

Here is one of the videos Bradley Manning is accused of leaking.

This Made me feel ILL.

Here is the testimony of the soldier running with the injured children.


Two more links to check out.

This is why many countries now see the ICC (international criminal court) as a joke. Oh sure, the Milosevics and the Mugabes might end up standing trial, but the Mr. Bushs and Mr. Blairs will never, ever have to account for their crimes against humanity. No, Mr. Bush just shakes Obama's hand, and flies away in a green helicopter to comfy, christian 'somewhere'.

Wikileaks founder Julian Assange has been arrested by London police at the Ecuadoran embassy after that country dropped his diplomatic protection.


Assange, The Globe’s Paul Waldie reports, has been holed up in the Ecuador embassy in London for nearly seven years after failing to show up in a British court to face a hearing on possible extradition to Sweden. He has always argued that British authorities would hand him over to officials in the United States where he feared he will be prosecuted for Wikileaks’ activity during the 2016 U.S. elections.

this is why ecuador gave him up. end of story.
IMF Executive Board Approves US$4.2 Billion Extended Fund Facility for Ecuador
Problem is, the percentage of that money that will go to ' the country and it's peoples ' will be nowhere near the total. It'll line the top 1%'s pockets.
S

well ... he was right about the debt relief.
All this comes out now ?
Smear Campaign. 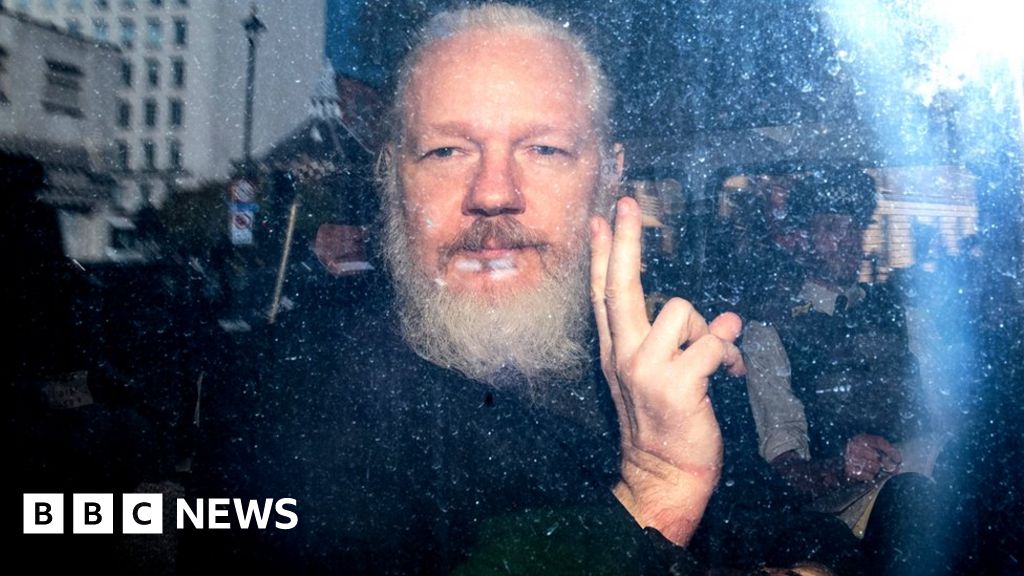 Prosecutors drop a rape inquiry into Wikileaks founder Julian Assange, who is in custody in the UK.
www.bbc.com