Who is DJ LAFLECHE?


The Amazon is one of the richest areas of the world in animal and plant diversity. There are more plant species in one hectare of Amazon rainforest than in all of Europe.

The diversity and contrast of life in the Amazon is startling. The Amazon water lily is the biggest flower in the world with a diameter of two metres. The Caranguejeira spider is bigger than a baseball and one species of monkey weighing 130 grams is about the size of a toothbrush.


The Amazon is also home to 57 endangered species including the jaguar. The population was all but wiped out by hunting for the fur trade before they became a protected species. Even now, virtually nothing is known about the jaguars' lifestyle, but some indigenous cultures of the Amazon revere the jaguar above all forest creatures.

Yet the range of plant and animal species in the Amazon remains largely unknown. Scientists estimate that only 40 percent of all insect species have so far been identified. Over 300,000 species of plants have been identified, but an estimated 20,000 remain undiscovered. In the 1990s alone, seven species of monkeys, two species of birds and dozens of species of frogs and fish have been discovered.

This rich and complex natural tapestry of forest life is interwoven with the people that make the forest their home.


The Amazon also plays a critical role in stabilising the climate which we all depend on.

The Amazon rainforest is vital for rainfall in the region as water is continually recycled through the Amazon forest by evaporation and rain. Destruction of the forest has already led to changes in the local climate with the possibility that further destruction will accelerate local and regional climatic change. The continued logging and burning of ancient forests is also contributing to climate change worldwide.

The rich and complex natural tapestry of Amazon forest life is interwoven with the people living in the forest.

Although the majority of people in the Amazon live in cities and towns, there are still many indigenous groups living in the jungle, some who have had no contact with our "outside" world.


These people rely on the forest for their way of life. It provides almost everything from food and shelter to tools and medicines, as well as playing a crucial role in people's spiritual and cultural life. The people living in the forest make practical and sustainable use of the forest, and live within the constraints of this harsh environment. We have much to learn from their unique and valuable perceptions.

For instance, the Waimiri Atroari of the Brazilian Amazon use 32 plant species in the construction of hunting equipment alone. Each plant has a specific role according to its physical and chemical properties.

Yet the traditional way of life for indigenous Amazon cultures is being threatened.


As logging companies move in, indigenous people are losing their traditional territory. Some indigenous people, such as the Deni living in a remote area of Brazil's Amazonas state, are working not only to protect their culture, but the forest and the diversity of life which they depend upon.

The Amazon represents a last remote and pristine forest on our distressed and overcrowded planet. In addition to the remarkable intrinsic beauty and its myriad plant and animal species, it is clear that this diversity also represents a natural medicine chest.

Forest plants form the basis of primary healthcare for all forest-dwelling people. Dozens of species used by traditional medical practitioners now form the basis of pharmaceuticals used in modern medicine. Many powerful Amazon-sourced medicines have already been discovered and still more plants that hold out real hope for natural cures to life threatening diseases are left unexplored.

What does that have to do with LA FLECHE?

Him and Fagatron are lovers.

Staff member
Lafleche told TRIBE during his DJ profile that his name, translated, actually means "arrow". We had thought it meant 'meat'

Let me bump this one from the Archives..

loved it when he would come on at SONA or the big 514 Production parties in the morning, you knew it was him. Dance Floor got packed again, girls, guys, pannies, everybody cut rugs.

Montreal had an abundance of wicked afterhours DJs back then. XL, Stephan Grondin, Alain Vinet, Tiga - so many more too...

I'm surprised living there when Sona, Stereo and Aria were all open at the same time didn't kill me

It got me on academic probation!

I am surprised we never crossed paths. I was there between 98-01.

oeretS said:
Montreal had an abundance of wicked afterhours DJs back then. XL, Stephan Grondin, Alain Vinet, Tiga - so many more too...

I'm surprised living there when Sona, Stereo and Aria were all open at the same time didn't kill me
Click to expand...

This this and this. I use to get so excited when the Mirror/Hour came out to see the Sona add on the inside cover and the stereo one a few pages in.

Lafleche was always amazing. XL ridiculous as well and such a great guy. What a crazy time in the city that was. As much as Stereo was my place I think I miss Sona the most.

Still one of my fondest memories, I always enjoyed the velvet rope they had out front where they hand picked who went inside, kind of made it feel special.

Sona in the late 90's, XL, Lafleche, Mark Anthony and yellow butterflys. Those were the days 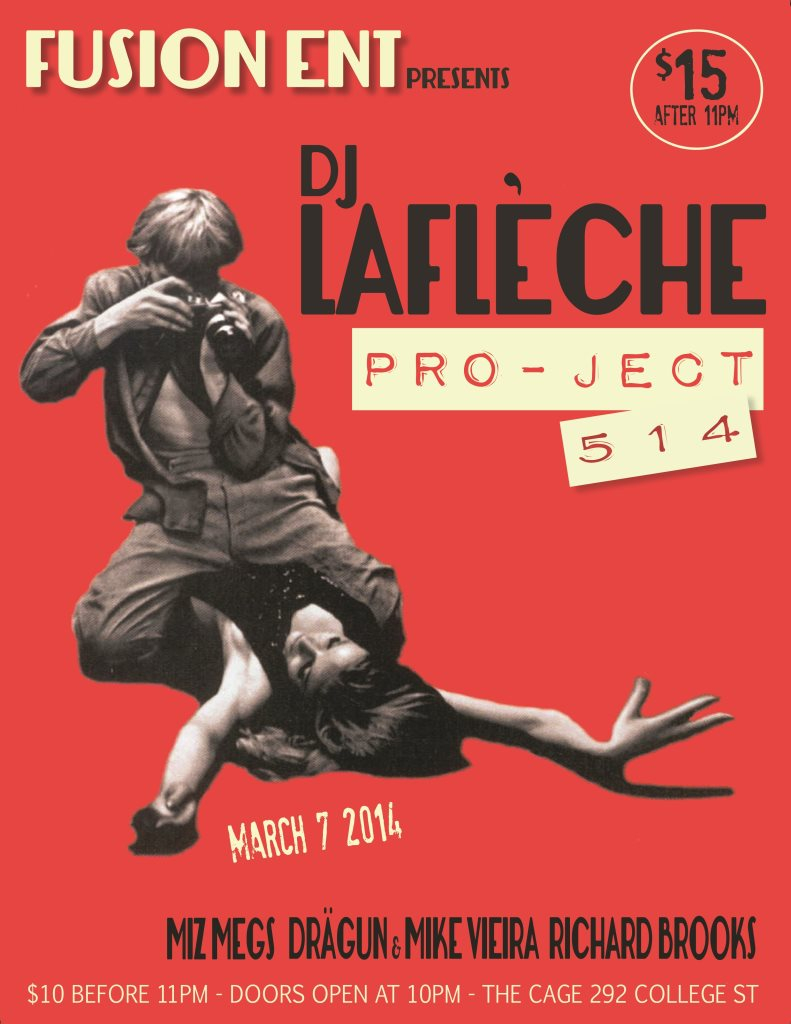 kyfe said:
Still one of my fondest memories, I always enjoyed the velvet rope they had out front where they hand picked who went inside, kind of made it feel special.

Sona in the late 90's, XL, Lafleche, Mark Anthony and yellow butterflys. Those were the days
Click to expand...

Haha. Some people hated that line but I kind of liked it. It's not like it was difficult to get a posse of hot mtl ladies up for a night to roll up with. Yeah I waited quite a while a few times but when I got in and saw the great mix of people it always made sense.

both were good, but i always ended the night/day at stereo

Amazon report was good. I'm going to add that close to the Amazonian jungle, the Andean mountains can be found also in South America. To delight us with the variety of animals, the olinguito (Bassaricyon neblina) is a cousin of our homies the raccoons, but more aggressive due to its carnivorous nature. Definitely no surprises here for those that are in the know but for those who do not, beware that a bite will hurt most. Moving to a seemingly inoffensive misnomed as vegetarian, the taruca (Hippocamelus antisensis) or should I say tarado, is also cousin of the gool ole' deers. And, just like them, can't fit into any particular model of classification. Leave that to the younger generations.

To the DJ in question, I've seen Lafleche once. Not too sure if ten years, actually 11 soon, can be considered as back in the day. The event in question was held down at System, Systems for the lazy ones that were never there for the sound. In the main room there were Lafleche, Stretch & Hooker and DJ Evil P. In the VIP room there were Michael Drury and Lady Linzee. Mystical, Ryan Ruckus, Lush and also Saigon shared duties, that's how it was called at the time. It is safe to say that, Ex aequo et bono, relations were, as they now are, and hopefully will remain, as cordial as possible knowing the ever prescient tension between the competing provinces. Two cultures, two languages, two identities striving to become one in harmony like the zen. Two different faces that sleep in the same bed.It's not a Medusa, it's more like the Roman god Janus. He knows who is trying really hard to accomplish that vainly wish of his despite the mundaneness of their proceedings. As duplicitous as Janus might be, he knows very well how to guard the temples that the divine assigned to his care. Intruders and trespassers, those who neither know nor care, and those perverted Buccaneers, Janus will just say this time, that these lands are not up for loot or disgrace caused by yer name. If you know what this means, then you will come to agree that, as the old saying goes, teneo te nullius,tanquam ex ungue leonem . A memorable night it was and hope that M. Lafleche will be gracing the decks in Montréal one night again soon. Or should I say summer to get more peoples out of retirement.
Last edited: Feb 20, 2015

it is what happens when you are banned, then you resurface under another assumed nom de guerre

c'mon, videogamerbro, what are ya, knew? Can you even read what's bin posted on this thread?

Hope everyone has a good time...