Where to get brakes replaced ? good service + reasonable price

want to know what is the cheapest way to go about it?

a) order parts online and take them to my mechanic or a reliable source to install them?

b) find a solid reliable source with competative pricing


i have a mechanic and am getting a quote from him, and already have 2 quotes from a couple of other sources.

Quotes are as follows without me buying parts first.

If i order parts, any recommendations on where to get them from ?

thanks for any input.

The guy forum has a reccommend a mechanic thread. Might be able to find something there.

If you go to any shop, they'll bump the price up a bit on the parts to make a smidge of profit on that. So, ideally, A would be cheapest, however, time is money and it depends how much your time is worth. It'll take some running around if you're ok with scenario A. I know some shops won't install parts they don't provide because then they can guarantee their work because they don't know where the part came from (i.e. dealerships).

The least amount of headache would be bringing it somewhere and have them do everything.

Do you know what you need done? Do you just need pads? New (rebuild) calipers? Resurface or replace rotors?

If it's just pads, I'd do that myself. For the price, it sounds like you're getting new pads and your rotors resurfaced.

There's a third option to do it yourself provided you have some basic tools (socket set, jack, and jack stands) and some garage space. Brakes are pretty basic. You can run the rotors to a machine shop while you snag the proper pads. Edit: You'd need a second vehicle for this option because your car will be up on stands lol
Last edited: Jan 14, 2013

Pretty sure its the rotors and pads needing replacing, although not 100% sure.

i have had the car for about 18 months, dont think they were very new at that point, and when i had it into VW they told me that the rotors and pads would need to be replaced once the sensor went off.

for the price from Level Auto that was new Rotors and Pads installed, same with Midas, def not using old rotors and getting them resurfaced i checked on that.

my friend works for Carquest and he can order me the parts , he can get me 25-30 % off the parts i need so if i order them through him and then take to my mechanic i think that will be the cheapest option.
T

Do it yourself and save a bunch of cash. It's not that hard.
I do all the brake work on my families vehicles.
This was the hardest to do because I had to remove the wheel spacer and it was still child's play. Rotor, caliper, and pads done in an hour per side. 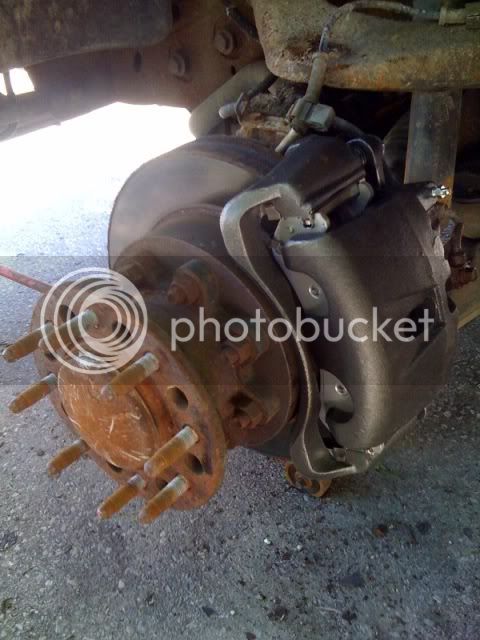 dont have any tools and or garage space and stands.

so i would have to pay to rent the space with the tools to do so.

and then its my time on top of that. so im not sure the cost of renting a space to do so + my time would be worth it compared to going with a lower than average hourly rate.( my mechanic and another place close to me )

Parking lot + gloves + the awesome feeling of doing it yourself = win You don't really need a jack stand, I barely ever use mine.

Funny enough that this thread is here today since I have to replace pads and a caliper on my mum's car at some point this afternoon.

I know I will be scathed for this but in all honesty, I would also get a quote from your dealership or any VW dealership.

When I owned my Mazda 6 I had to do brakes all around and I called likely 20 shops and found my dealership was offering the best price.

Obviously avoid the dealership if you can because they do rip you off but sometimes they can be cheaper.

Do they need to be changed or maybe just machined?

Tahoe said:
Parking lot + gloves + the awesome feeling of doing it yourself = win You don't really need a jack stand, I barely ever use mine.

Seems you're fairly n00b about working on cars so a shop is your best bet
Click to expand...

i have owned and worked on with one of my moms previous boyfriends when i was younger ;

all the cars since then i have not worked on due to as i said above, lacking tools and or a space to do it in.

while im comfortable on working on the older cars, not so much the newer ones, i dont know how much has changed with the technology, and i dont know if you need to do different things, etc.

so i dont want to be in the middle of a parking lot with borrowed tools, and find i cant do something that needs to be done and not feel a sense of win, but a sense of great, now i need to leave my half worked on car here while i figure out if i can actually do what i cant do myself, or have someone come do it for me, etc.

so its not so much lack of skill and being able to work on cars, its more a lack of potential knowledge and not wanting to waste my time on this while i could be doing shit productively in my life while i pay someone that knows what they are doing with all the tools and space do it it as quickly as possible.

Fillmore said:
I know I will be scathed for this but in all honesty, I would also get a quote from your dealership or any VW dealership.

When I owned my Mazda 6 I had to do brakes all around and I called likely 20 shops and found my dealership was offering the best price.

Obviously avoid the dealership if you can because they do rip you off but sometimes they can be cheaper.

Do they need to be changed or maybe just machined?
Click to expand...

ill get VW to price it out, and they are fairly competitive, but if i can get the parts of the same quality as they will provide and at an hourly rate that is 2/3'ds of what their's is ( 120$ to install for 1.5 hours worth of labour vs almost 200 $ for the same time at VW ) is where i would be getting burned since i can get the parts cheaper through my friend than i can through anyone else.

Tahoe said:
You don't really need a jack stand, I barely ever use mine.
Click to expand...

This is just poor advice. The car is going to fall on you WAY faster than you thought.

Bringing internet parts to a shop is poor form!
C

Yeah I personally like the idea in theory but suspect the shop will compensate for their $$ loss on the parts with their labor cost.
K

My dad's students at his highschool could do it for ya!

catilyst said:
Yeah I personally like the idea in theory but suspect the shop will compensate for their $$ loss on the parts with their labor cost.
Click to expand...

not internet parts, Car Quest through a local supplier that my friend works for.

and 2 out of 3 shops today asked me if i had my own parts and the third that didnt was my mechanic and they said my own parts was fine.

so if they are asking me if i have my own parts, and telling me their hourly rate, without any added cost, it seems the poor form and compensation for loss on parts is not important to the places i talked to today.
j
T

I_bRAD said:
This is just poor advice. The car is going to fall on you WAY faster than you thought.
Click to expand...

I have a really good jack with a much wider footprint than that of a jack stand.

Just picked up the new caliper and pads for mum's car. Gotta get on that tomorrow since I procrastinated today.

Really good jack or not, hydraulics are a lot more likely to fail than a weld is. Just sayin
K

I_bRAD said:
Really good jack or not, hydraulics are a lot more likely to fail than a weld is. Just sayin
Click to expand...

hydraulics are more likely to fail? Jesus christ, you put a LOT of faith into a general weld. Shit, welds fail too! mainly because some people suck shit at welding!
I'll take a shitty hydraulic jack over a general weld any day. Mainly because even a shitty piss poor maintained jack will probably outlast a SHIT weld any day of the week.

You do oil those bitches up and maintain those hydraulic jacks right?

We've had the same fucking hydraulic jack for as long as I can remember. For all the time's i've done repairs on my own car in my driveway. never, never ever ever ever ever has a fucking jack failed.

After seeing i_brad's silly comment about the bagged Audi in the car thread, I decided it best not to waste my time and engage in a discussion about jacks vs jack stands, but that was awesome!

Why are people hating on jack stands? Safety measure that have saved lives.

One of my friends died because his hydraulic jack failed causing the car to fall on him. Pretty confident that a safety measure such as jack stands could have prevented that. Imo, you'd be an idiot to crawl under a jacked car without stands. It's just not smart.

the_fornicator said:
Imo, you'd be an idiot to crawl under a jacked car without stands. It's just not smart.
Click to expand...

why take the chance? let me guess you stand on the top platform of ladders and don't shut off the electricity when working with wiring in the house either.

i've ordered parts for my car and had a shop put them on. just make sure they're okay with it up front, if you're already a regular customer that will help for sure.

I'm not sure one is a statistically significant sample size.

I'm gonna stick with jack stands and the tires I've removed stuck under the rockers though.
Last edited: Jan 15, 2013
I

Tahoe said:
I decided it best not to waste my time and engage in a discussion about jacks vs jack stands
Click to expand...

Jacks vs jack stands is like eggs vs bacon.
T 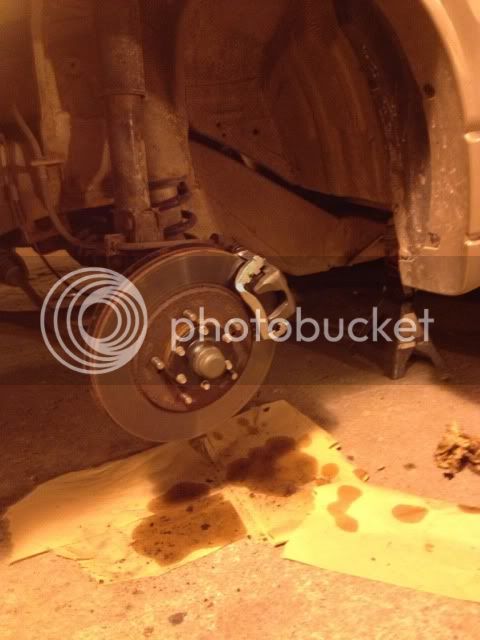 This took me 20 minutes.

I've done my own brake pad change on my motorcycle in the past but with cars I don't feel as comfortable doing it on my own. Plus bleeding the brakes is a nightmare and usually involves two people, no? So that being said, I got raped 2 weeks ago by Active Green & Ross for a full brake job: new rotors and pads all around + one of the calipers had seized so it too was replaced. Parts + labour + tax = $1300.

You need 2 people to flush a brake system but not to bleed.