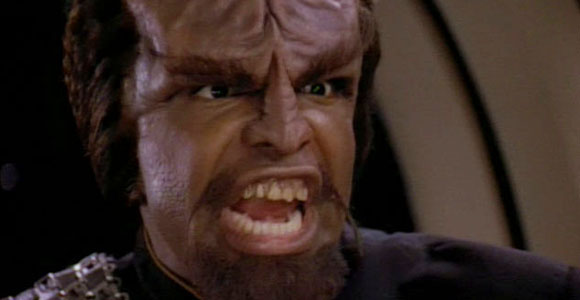 Michael Dorn rumored to be working on a Worf TV spinoff.

“I had come up with the idea because I love [Worf] and I think he’s a character that hasn't been fully developed and hasn't been fully realized. Once I started thinking about it, it became obvious to me that I wanted to at least put it out there, which I have, and the response has been pretty amazing. We've been contacted by different individuals–I can’t say who and all that–about wanting to come on board and be part of this. ” Said Dorn

“Interestingly enough it has gotten traction. I was very surprised, I was on a movie not too long ago, where one of the producers was basically lobbying to be part of it. He was like “Michael, I’d love to write it, if you haven’t.” So at this point, my agents and my manager are looking at all the avenues and trying to figure out which is the best one. My agent and manager have been in the business for awhile, so they’re very savvy about where to start and how to get it going. Like I said, in this business you never know and I’ve been through pitching things and I never want to do that again [laughs]. It’s pretty brutal, but definitely I think once again, if Paramount or CBS or anybody thinks this is a viable thing, they’ll jump on it.”

That was last year... OK, where is it *tapps foot impatiently*

kindof has a brown Patrick Stewart thing going on these days... it could work.