IRVINE, Calif. -- May 9, 2006 -- Blizzard Entertainment, Inc. and Legendary Pictures today announced that they have entered into an agreement to develop a live-action film based on Blizzard Entertainment®'s award-winning Warcraft® universe. Based on the terms of the agreement, Legendary Pictures has acquired the movie rights for the best-selling game universe, and both companies are now focused on translating the high-quality Warcraft entertainment experience to the big screen.

"We searched for a very long time to find the right studio for developing a movie based on one of our game universes," said Paul Sams, chief operating officer of Blizzard Entertainment. "Many companies approached us in the past, but it wasn't until we met with Legendary Pictures that we felt we'd found the perfect partner. They clearly share our high standards for creative development, and because they understand the vision that we've always strived for with our Warcraft games, we feel there isn't a better studio out there for bringing the Warcraft story to film."

"One of our goals at Legendary Pictures has been to bring heroic stories to life in groundbreaking ways, and it's inspiring to work with a company such as Blizzard that takes that approach with each of its products," stated Legendary Pictures chairman and CEO Thomas Tull. "The Warcraft universe is possessed of such a rich mythology and, as such, serves as an ideal platform as we go about translating that universe into what we intend to be a major event film."

Blizzard's Warcraft games have developed a loyal following since the series debuted in 1994. Warcraft II: Tides of Darkness™, released in 1995, won multiple Game of the Year awards and is still considered one of the best games ever made, and Warcraft III: Reign of Chaos™ broke multiple sales records when it launched in 2002. World of Warcraft®, Blizzard's latest entry in the critically acclaimed franchise, has quickly become one of the world's most popular online games, with more than 6 million paying customers worldwide.

"From our first Warcraft game to our latest novels, our intention has always been to develop a rich fantasy universe that could support stories and products in many forms," stated Chris Metzen, Blizzard Entertainment's vice president of creative development. "In addition to being a truly rewarding experience for us, the creation of this motion picture also feels like a natural next step for the Warcraft universe."

"It's not always the case that interactive game properties lend themselves to proper adaptation to film," said Jon Jashni, Legendary Pictures' chief creative officer. "We are intending to approach this as we would the adaptation of a best-selling novel: respect the essence of all that it is but also build upon that fertile base while translating it into a new medium."

Further details about the upcoming Warcraft movie, including director, cast, and targeted release date, will be revealed in the months ahead.
Click to expand...

...i dont get it, didnt they already make lord of the rings into a movie? (zing!)

naw it'll be like WoW... lots of lamer geeks running around in-game complaining about the rules and ripping eachother off.

I think they should do a movie about the way MMORGs ruin people's lives and relationships.
K

This cape gives me moviemaker powers of creation +2hp, and when combined with my amulet of un-creativity, i'm sure to make a film everyone wants to watch.
G

I hope Marlon Wayans will audition for it.
S

Blizzard needs to fuck off with the bullshit and get on with making Diablo 3.

Movies based on video games don't have a very good track record. I always find them lacking in plot and character development.

fuck that shit, they need top make a starcraft movie, way better than warcraft, and the 3 book series is wa better, even the ingame stories are better, they could really do a good movie
F

The sole exception being Double Dragon.

Kazoo said:
Movies based on video games don't have a very good track record. I always find them lacking in plot and character development.
Click to expand...

obviously you, sir, have not seen Doom: The Movie. Rent it. Love it. I did.
F

Or Final Fantasy! You know what that movie wasn't? Bafflingly convoluted and ultimately pointless.

FF:Advent Children was alright. the fighting was cool even if the plot was emo-riffic.
R

Cronenberg's 'Crash' was loosely based on 'Outrun'. 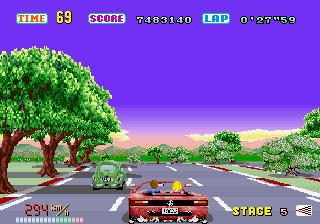 "I want really big tits, out to here, so the audience can see 'em get all cut up and crushed on the dashboard. "
A

Oh man, that movie was awesome. I remember they paired it with the first trailer for Episode 1, and were refusing to give refunds after the trailer was over.
L

+1 starcraft movie over warcraft. 'course they'd probably get into legal issues with the people who own the rights to the Alien franchise...

Kazoo said:
Movies based on video games don't have a very good track record. I always find them lacking in plot and character development.
Click to expand...

Not unlike most video games.

gsnuff said:
Not unlike most video games.

Krzysiu said:
FF:Advent Children was alright. the fighting was cool even if the plot was emo-riffic.
Click to expand...

that was the worst movie i have ever seen!
G

Is Wil Wright as close as the gaming world gets to Italo Calvino?

Uwe Boll is reportedly in the running for this...

starcraft has the franchise on more than just aliens, sure the zerg have the whole "alien" thing going for them, but what about the protoss being so wise, and so mature, and the different human factions, they could do so much with the franchise, each book!! terrans, protoss, zerg, the zerg/protoss hybrid, the templars, raynor's story, the terran ghosts, that chick who is a ghost, who turns into the zerg queen, kerrigan, who cares about orcs, humans, the undead etc etc etc, bring on the batlecruisers, the valkyries, and the guardians, give me big action sequences, cheesy love stories, hard ass commanders, and backstabbing. anyone up for a coraboration on a screenplay??