Looking back, it seems that I saw these guys play in March at the Wrongbar. It feels longer ago than that, but that could be a whole number of factors.

I have to say, Lee’s Palace is my very favourite venue in Toronto. It has the best sight lines no matter where you stand (or sit), the atmosphere while a bit dingy is comfortable, and the artist is raised. The Wrongbar on the other hand was long and narrow, with the band low to the ground, making it terribly hard to see if you aren’t in the first three rows. I also remember that gig being painfully sweaty, despite being in the winter months. The Lee’s Palace gig was spacious and cool, which made for an extremely comfortable concert. Nearing the end, some jerks were smoking cigarettes in the pit, which is the worst. For some reason cigarettes offend me significantly more than pot.

I arrived at the tail end of the second song of the set. Based on the songs I caught, I know for certain that the opening tune was the tune “From the Sun,” which is easily one of my favourite tunes. It was the first song I heard by the band way back in January of this year. It’s pretty astounding to think that II was only been released in February, as it has become one of my favourite albums ever. Who knows, maybe this’ll change, but this band’s sound is so different from anything I’ve ever heard. I think frontman, Ruben Nielson brings something different to the table, beyond the multi-coloured poncho he wore at this evening’s gig. He claimed he had just bought it today in Canada, followed by claiming he thinks there’s maple syrup on it… Psh, silly kiwi.

Unknown Mortal Orchestra is a three-piece ensemble that has a very tight sound. All three musicians are active throughout all tunes, with few moments of slack. I recall more jam time at the end of each song than the last gig they played here. Beyond improvising and soloing, the band sported crescendos and decrescendos to add a bit more emphasis and vigor to their tunes. Nielson has such a unique stage presence that comes off slightly lazy at times, but still actively engaged. There were moments where he sat down fully on the ground, sometimes playing, sometimes not. He even fully laid down at the end of tune that was being carried on by some intended noise and the drummer… For some reason it totally worked.

For the most part the band plays on their own, without any looping. It’s pretty incredible they can rock so hard as a three-piece band. Occasionally, Nielson noodled around with the peddles and some prerecorded feedback-type sounds. There were a few tunes where Nielson’s voice had effects laid down, and to me it really didn’t work. At times the drummer would jump in and add a bit to Nielson’s sound, which worked far better than any computer altered sounds ever could.

Nielson’s got a very unique voice that sounds a bit yelpy and frantic in the live setting. He however for the most part manages to wrangle it down. In tunes like “Monki” and “Swim and Sleep (Like a Shark),” Nielson’s terrific vocals really shine through. The tune “Monki” is one of the coolest songs I know and I could tell by the first noodles of Nielson’s guitar that they had it in the pipes.

I was surprised that they played “Swim and Sleep (Like a Shark)” as the first encore song – acoustic!!!! I’d heard a sessions clip of it before, but I never thought they’d actually sport it. Nielson managed to get the crowd to keep it down, an easy bet with their most accessible tune.

Tunes “Ffunny Friends” and “No Use For a Leader” made for some fierce jam sessions, tucked in at the end of the songs. The jam sessions made the original tunes almost unrecognizable.

It was solid gig that showcased the band’s ability to jam and stray away from their conservative studio sound. Nielson pounced on stage through guitar riffs, while drummer Riley Geare glued everything together. I think I neglected to gush about what a marvelous drummer Geare is. Here’s the bloke’s Twitter comment, posted just before the Toronto gig: 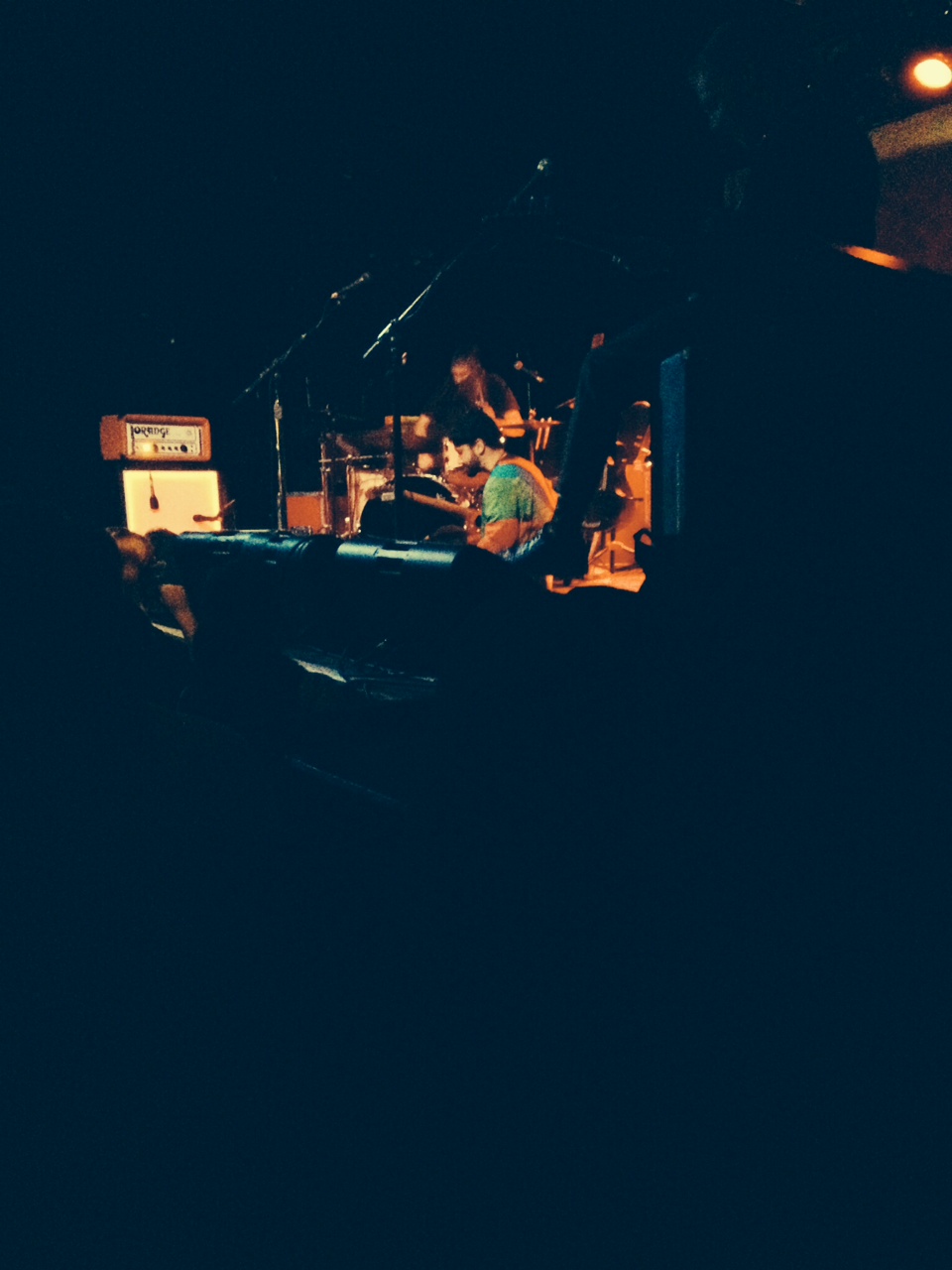 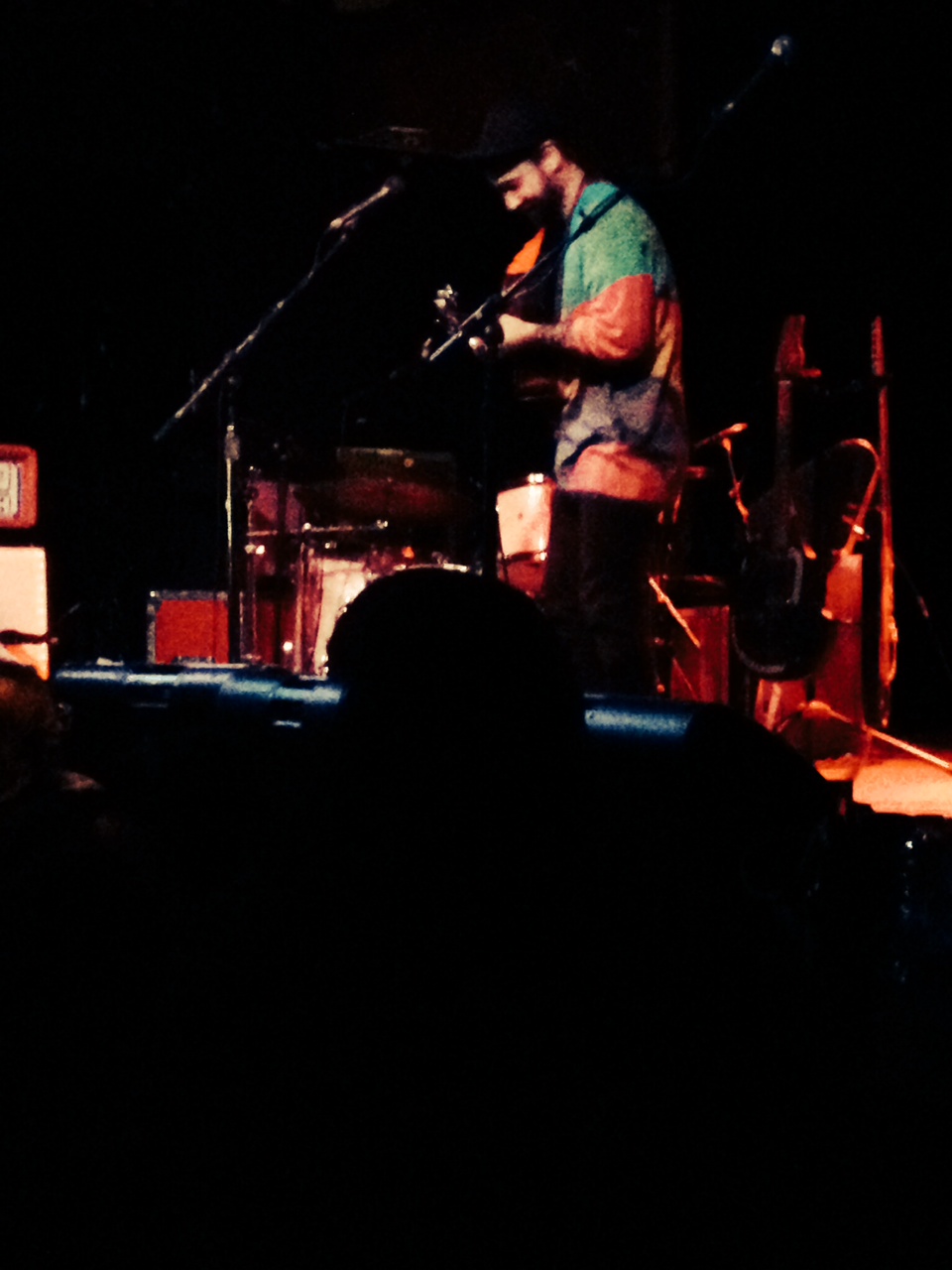