JERUSALEM – Chancellor Angela Merkel of Germany was right there next to the president of France on Sunday, marching through the streets of Paris for all the world to see – all the world, that is, except the readers of an ultra-Orthodox newspaper in Israel.

The newspaper, HaMevaser, altered a front-page photograph of the march to remove Merkel and other female leaders, setting off snickers and satire on social media.

Ultra-Orthodox publications generally avoid pictures of women for reasons of modesty, and their intended audience has been known to scratch women’s faces out of bus advertisements and to bar them from running for public office in their parties. But some people saw the deletions from the Paris photograph as a more serious sin.


“It is rather embarrassing when, at a time that the Western world is rallying against manifestations of religious extremism, our extremists manage to take the stage,” Allison Kaplan Sommer commented on a blog for Israel’s left-leaning newspaper Haaretz. She berated HaMevaser for “denying the fact that in the wider world, beyond the ultra-Orthodox Jewish community, women do stand on the world stage and shape events.”

Apparently deleted along with Merkel were: the mayor of Paris, Anne Hidalgo; a European Union official; and Simonetta Sommaruga, the president of Switzerland.

The altered photo, first pointed out by Walla, an Israeli news site, drew wide scrutiny. Rather than just blur the women’s faces, HaMevaser tried to make it appear as though no women had been there to begin with. The results were far from seamless: Mediaite called the alterations “sloppy,” citing the discoloration of a man’s face, a disembodied hand, a mysterious glove and an unexplained blur, and posted a comparison with the unaltered original.

Abdallah Zekri, head of the National Observatory Against Islamophobia, said that in a 48-hour period after the Wednesday massacre at Charlie Hebdo, 16 places of worship around France were attacked by firebombs, gunshots or pig heads — a major insult to Muslims who don’t eat pork.

The three-day terror spree in Paris claimed the lives of 17 victims, and traumatized a continent already brimming with anti-immigrant sentiment.
An Irish satirical news source, Waterford Whispers, responded by posting its own “feminist newspaper photoshop,” featuring the same Paris street scene with three female leaders depicted, but no men.

Newspapers catering to ultra-Orthodox Jews have been embarrassed before by their handling of news photographs depicting women. In 2011, Di Tzeitung, a Brooklyn-based publication, apologized for digitally altering a photograph to remove Hillary Rodham Clinton, who was then secretary of state, and another woman from a scene in the White House Situation Room.

No one from HaMevaser could be reached Tuesday, including the owner, Meir Porush, a former member of Parliament. The newspaper, established in 2009, publishes up to eight pages daily and 20 pages on Fridays, focusing on current affairs. Its Thursday section “For the Home” is aimed at women.

Rama Burshtein, an ultra-Orthodox filmmaker whose 2012 movie “Fill the Void” won international acclaim, said in an interview that the alteration of the photo would make perfect sense to the newspaper’s readers.

“It’s very, very, very, very, very hard for a nonreligious person to understand the purity of eyes,” Burshtein said. “By us, men don’t look at women’s photos, period. As long as you don’t know that, then it sounds ridiculous, or changing history or events. But we’re not here to get the events the way they are. We are here to keep the eyes.”

Staff member
the purity of the eyes LOL

This was in the Paris thread - but yes, this is some bullshit for sure
S

"we’re not here to get the events the way they are," said the media

Is judaism a religion of violence? When will they modernize?
T 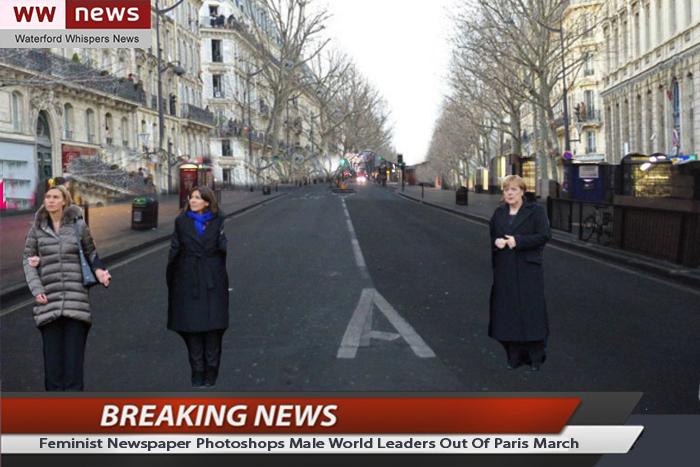 Until we get to The First Amalgamated Church there will be chaos. 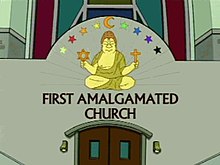 mute79 said:
Until we get to The First Amalgamated Church there will be chaos.
Click to expand...