Three years ago I went to the Hoxton’s opening night event, which showcased Brazilian duo the Twelves. I had seen them play two months prior at Coachella based on a tip that they were the Brazilian Daft Punk. With a few gal pals in tow, I unknowingly dragged them to opening night gig at the Hoxton, to relive my Coachella memories. We were welcomed to the highest of high heels and half naked people at the Hoxton. I had written off the Hoxton as yet another fine King Street West clubland establishment.

Thankfully, the mid-sized venue has sort of become a hub for grungy rock music, as well as a home for electronic music and DJs. Somewhere in between the two genres is the San Francisco-based four-piece band Tycho. Comprised of two guitars, a bass, drums, and synthesizers, the members flip-flopped between instruments throughout the band’s brief one hour set. You’d never know from their live gig, but Tycho is a moniker for the band’s frontman Scott Hansen, who also moonlights as a photographer and graphic designer under the title ISO50.

The band’s sound has been dubbed as ambient, electronic, and blissful. I suppose what makes their sound so unique is that they’ve really carved their own sound distinct from many acts similar to them. While there are no vocals, their music sweetly conveys emotion and heart through recognizable melodies and strong bass lines. Their music is recognizable and distinctive and above all light hearted. The band’s chilled out synth sound has received tremendous praise from the independent rock music scene. Being my first time seeing Tycho live, I wasn’t exactly sure what sort of crowd they would draw or how the crowd would respond the band’s music. I was surprised to find a rather subdued audience that calmly swayed to the music, with the occasional weirdly over energetic person.

Sadly in favour to keep the venue cooler, the band’s sound was disturbed by the continuous sound of the venue’s air conditioner or fan. Poorly located right behind the stage, the noise didn’t quit until the band’s encore. The band didn’t seem to care, but the audience around me seemed to take notice. The band’s carefree attitude matched the gorgeous cinematography which screened throughout the set – babes, beaches, and mountain scenes. Once I was able to forget the continuous sound of the venue’s air conditioning system, I was able to take in the band’s serene music and imagery. 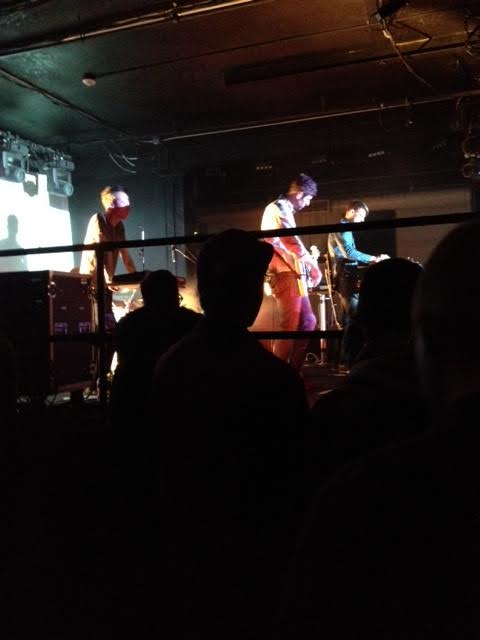 Awesome review! I didn't go to this show though a friend of mine was in attendance. I saw the same one about a year or two ago at the Hoxton and I distinctively remember the drummer being absolutely amazing. It was a great show and a nice treat.
T

@djfear - I didn't take good notice of the drummer at this gig. Good tip for my next watch.

@The Truth - sorta, not really. Maybe you'll get more out of me soon.

Man, I am just reading this now.