Staff member
This is story still developing.. Drones are sucking so much now.


A Porter airlines flight heading for Toronto nearly collided with a flying object that may have been a drone on Monday morning, the Transportation Safety Board says. (Bruce Reeve/CBC)

The TSB says an incident with a "risk of mid-air collision" happened before 7:30 a.m. ET and involved flight POE204 travelling from Ottawa to Toronto's downtown Billy Bishop Airport.

In a statement issued Monday afternoon, Porter said the event happened over Lake Ontario near Pickering, Ont., as the plane approached the airport from the east while flying at a height of about 9,000 feet. The statement said pilots noticed an object in the distance, which they originally thought was a balloon.

Two flight attendants suffered minor injuries during the incident, but no passengers were hurt. (David Donnelly/CBC)

"As they approached the object, they realized it was very close to their flight path and decided to take appropriate evasive action," reads Porter's statement. "There was no contact between the aircraft and object."

"After debriefing, there is potential that the object was a drone," the statement says.

Porter says two flight attendants sustained minor injuries. They were taken to hospital and released. There were no reported injuries to the 54 passengers on board.

The airline says it's working with the Transportation Safety Board's investigation.

"It's imperative that we keep our skies safe and secure," Young told reporters on Parliament Hill.

"Drones can be dangerous if they get too close to aircraft."

Young said the government is working as quickly as it can to pass new legislation governing how drones can be used, especially as more Canadians begin flying them. Some potential changes, according to Transportation Safety Board documents obtained by CBC News, include requiring drone owners to register their devices, pass a knowledge test and pay for liability insurance.

I didn't think consumer drones could fly that high. So this really could be something military or the more likely possibility: ALIENS!

Wiseman said:
I didn't think consumer drones could fly that high. So this really could be something military or the more likely possibility: ALIENS!
Click to expand...

It's the only answer that makes sense!!

Wiseman said:
I didn't think consumer drones could fly that high. So this really could be something military or the more likely possibility: ALIENS!
Click to expand...

They range in max ceiling heights ranging from 50 meters to 1000 meters 12 High Altitude Drone 2016 - How High Can A Drone Fly?

Sooooo its not that consumer drones cant fly that high, they are just apparently limited to not be allowed.

Don't they also have a limited radio range? I thought I read somewhere that was like 2 miles as the intention is that the operator would always want to be within line of sight. And I may be wrong but I think drones either fall to the earth or automatically come back into radio range.

It just seems that 9,000 feet is no ordinary drone.

I stand by Aliens conclusion.

Most radio ranges of the drones i was looking into purchasing were 4-7km as you can fly the drone via the camera on a mobile gimbal that is displayed on your phone/device that is paired with the drone/radio controller.

I'm just going to assume any comment you make that contradicts the conclusion that this is Aliens is because you are a shill for Big Drone. 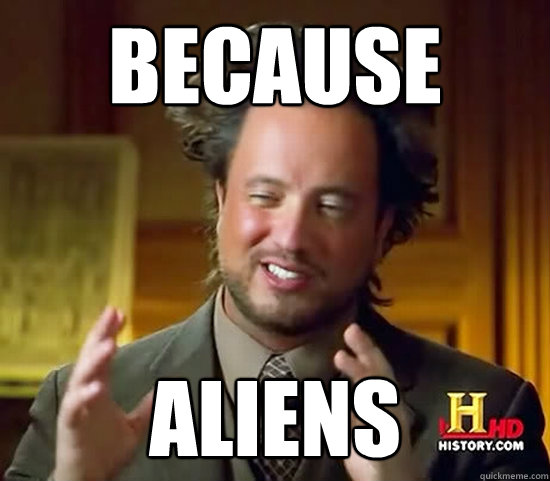 Wiseman said:
I'm just going to assume any comment you make that contradicts the conclusion that this is Aliens is because you are a shill for Big Drone.
Click to expand...

The very first drones which were used for military purpose was to reach one of the feared terrorists of the time. The National Security Council of United States reached Mohammed Atef, a feared terrorist from Afghanistan by the armed drones and was killed by it. He was the military –in –chief in Afghanistan in November 2001 when he was brutally assassinated.

Israel was first to make these defensive aircraft’s. Now it is the most popular country to sell drones to all over the world especially to the two dozen countries. The Israel Aerospace Industries have become one of the largest exporters of goods recently.

From 2004 till 2015 there has been a killing of 2500 to 3300 people alone in Pakistan. Of these people 478 were normal civilians and 176 children. These armed drones not only save the country from some fearful terrorists but along with him a number of civilians die needlessly. According to the Bureau Investigation Journalism, compared to the previous numbers of deaths, there has been a death of 3000 people approximately in the9\11 case.

An NGO takes the pledge to save people’s lives in remote cities of Africa were lifesaving medicines take longer time to reach before the person expires. Thus drones are also used for greater purposes other than bombing. They reach these remote places before humans, and thus act as a life-saving machine.

Recently drones have started helping the police departments by helping them fight crimes. They are used for surveillance of certain corrupted areas and helping carrying out sting operations. Even the FBI has started using them. So the next time you don’t have a clue to solve a problem secretly, drones is the right choice!

Is it always necessary that any technological invention has to have a serious outcome only? Domino’s proved it wrong. Recently Domino’s have launched a video on You Tube of a drone delivering a pizza. The advantages of such a mechanism would be that It would be faster than manual delivery and hence the food more delicious.

Drones can help farmers by giving them an aerial survey of the entire field. Previously the farmers had to walk past the entire field to survey over the land but now it can be a lot easier. From a single place the farmer can check the crops, their growing percentages or whether anywhere the crop is damaged.

Drones have already been used in football and now it’s time for cricket too. It can give a great aerial coverage of the huge fields.

Drones can make a marriage ever memorable as every angle of the wedding is covered. So if you want to set up a dream wedding for yourself go for a Drone to get the over view of the wedding along with the side ones.

Drones will be in movies soon does it sound very astounding? It’s true. With varieties of help provided by these drones, they are becoming a part of human living. With the overhead view and great picture clarity it helps in a stage set up or for a huge set for a movie as it gives all the angles a proper sight. Thus film making can get easy with this technology and it becomes very alluring to the producers.

Thus the use of Drones is spreading like wild fire as each person wants to reduce human efforts and increase technical one as it saves time and labor simultaneously. Besides, the chance of mistakes gets reduced and excuses are not pleaded. On one hand it is the fighter on the borders, on the other it is the creative head in the stage program.

Its facilities are innumerable and the best part is, it is easily handled. If any part gets damaged the repairing also does not costs hundreds of rupees, neither it has to take to a faraway service station. It can be repaired manually at home by any individual by following the instructions on the internet site.

Drones are very useful in our everyday busy life and should be opted for. But care should also be taken so that it’s not misused because the more useful the mechanism, greater the chance of fraud and duplicity.

Droning on about drones.

Drones are a menace and unnatural.

Proof: where in the bible does it say that drones are ok??

Drones cause Autism. I know because my uncles friends wifes kid was diagnosed with Autism the day after a drone flew overhead.

They're all controlled by:
a) George Soros
b) The Koch Brothers
c) The Illuminati

You just think you're controlling the drones. That's what they want you to think.

My eyes are open man. Y'all so asleep you been drinking NyQuill green death flavor.