When one side can't admit their brand of hate and violence is also wrong.

"Coming up next on Fox, when SJW's attack!" 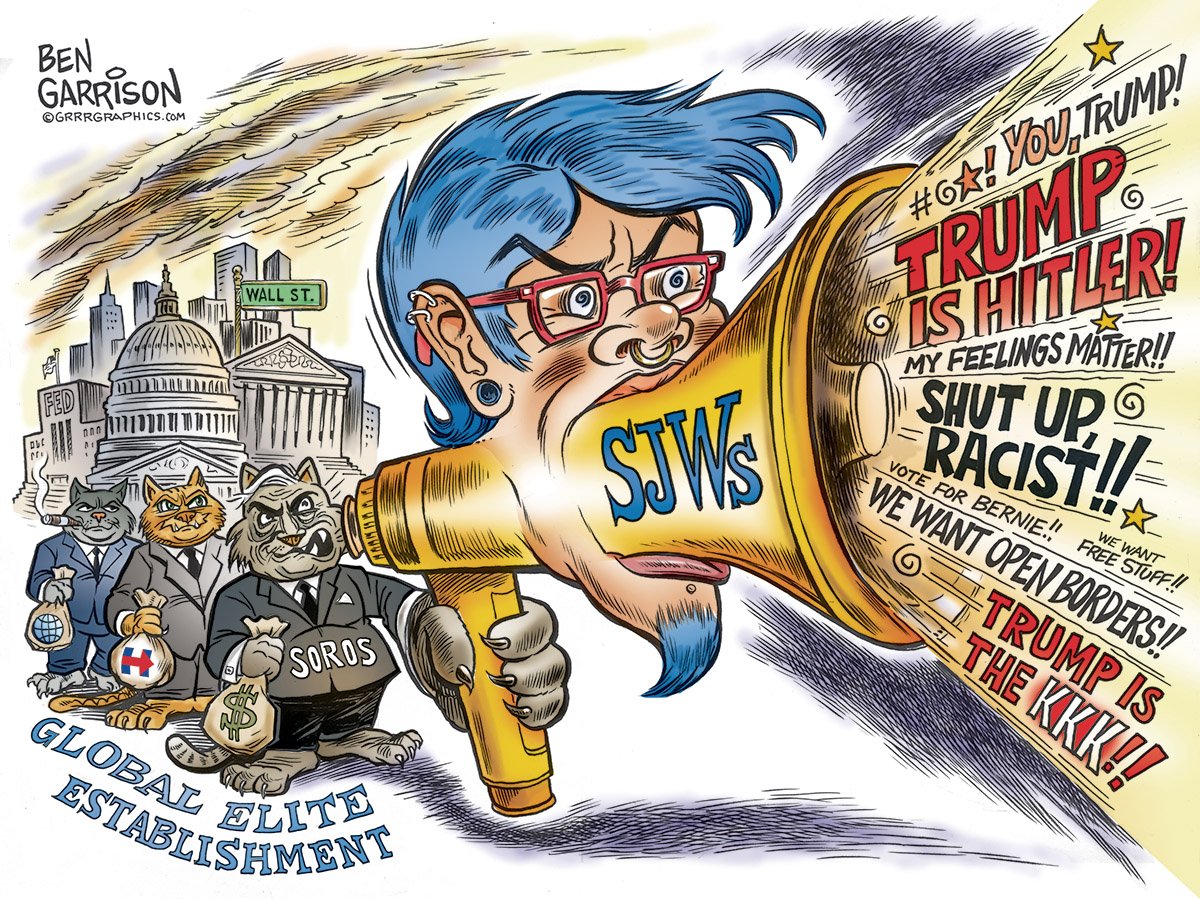 Trump team want to ignore 'white terrorism' and only focus on 'Islamic extremism'
Click to expand...

And after Quebec city too!

Terror from the Right

Complete failure of a raid. What a propaganda coup for Islamists everywhere.

America is destroying Yemen through Saudis war there, millions on brink of famine.

It's a huge moral stain

Good reporting! This insight is corroborated by lots of other examples:

"Trump’s position appears to reflect the transactional view he takes of relationships, even when it comes to diplomatic ties with long-standing allies."

Trump ordered the raid on an Al Qaeda in the Arabian Peninsula (AQAP) location in Yemen without adequate preparation and intelligence:

As a result, three officials said, the attacking SEAL team found itself dropping onto a reinforced al Qaeda base defended by landmines, snipers, and a larger than expected contingent of heavily armed Islamist extremists.​
One Navy SEAL died in the attack. The raid also reportedly resulted in the deaths of as many as ten women and children, including one girl who was a U.S. citizen. The number of civilians killed in the raid and the poor preparation raise some obvious questions: 1) if preparations were inadequate, why was the raid ordered when it was? 2) was the raid ordered in ignorance of the presence of so many civilians, or despite knowing they were there? 3) who among the president’s advisers recommended that the raid go forward despite inadequate preparation?


Qaeda fighters were somehow tipped off to the stealthy advance toward the village — perhaps by the whine of American drones that local tribal leaders said were flying lower and louder than usual.

Through a communications intercept, the commandos knew that the mission had been somehow compromised, but pressed on toward their target roughly five miles from where they had been flown into the area. “They kind of knew they were screwed from the beginning,” one former SEAL Team 6 official said.​
There will presumably be an investigation to determine how this happened, and there may be another explanation, but I wouldn’t be surprised if the information reached AQAP from one of our “allies” that is currently busy wrecking Yemen. It would be useful to know which of the coalition governments besides the UAE knew about the raid. The coalition and pro-Hadi forces have been known to fight alongside AQAP in the war on Yemen since March 2015, and AQAP has flourished as much as it has during the war because the coalition hasn’t been interested in combating them. That is just one of the many reasons why the U.S. should never have supported their war and ought to halt its support now. Unfortunately, all indications are that U.S. support will continue and AQAP will continue to benefit from the upheaval.

You can add Australia to the growing list of the countries Trump has picked fights with:


It should have been one of the most congenial calls for the new commander in chief — a conversation with the leader of Australia, one of America’s staunchest allies, at the end of a triumphant week.

Instead, President Trump blasted Australian Prime Minister Malcolm Turnbull over a refugee agreement and boasted about the magnitude of his electoral college win, according to senior U.S. officials briefed on the Saturday exchange. Then, 25 minutes into what was expected to be an hour-long call, Trump abruptly ended it.​
At least one Australian news report claims that the president was “yelling” at Turnbull over the phone before hanging up on him. It is not necessarily wrong to have strong and even heated disagreements with other world leaders, but to quarrel so angrily with the leader of a major ally over a minor disagreement is an embarrassment. This has probably already soured an important relationship, and it gained and will gain the U.S. nothing. It likely makes it more difficult to obtain that government’s cooperation in the future when it may be needed. The episode shows that Trump has no idea how to relate to foreign leaders that don’t agree with him, and that will be a recurring problem since most leaders he speaks with in the coming years are likely to disagree with him quite often.


U.S. officials said that Trump has behaved similarly in conversations with leaders of other countries, including Mexico. But his treatment of Turnbull was particularly striking because of the tight bond between the United States and Australia — countries that share intelligence, support one another diplomatically and have fought together in wars including in Iraq and Afghanistan.​
Beyond that, the reason for this behavior–an agreement to accept a mere 1,250 refugees–can’t possibly justify melting down and shouting at the head of a friendly government.

Does not bode well for Trudeau's visit. Wonder if he'll get a selfie in.
B

Steve Bannon: 'We're going to war in the South China Sea ... no doubt'

I've been living in the Philippines for past 6 years and it was interesting when Duterte was elected how he made a quick, hard pivot away from the U.S. and to China.

With Bannon as close as he is to Trump, while Duterte and Trump may have hit it off, Duterte has talked openly about kicking US troops out of the country. If he does, which, would be detrimental to the war that Bannon seems to have a hard-on for, I can't imagine Trump being happy and apart from an angry phone call (which Duterte definitely would definitely not respond to the way Turnbull has), the implications for the Philippines in terms of travel, visas, the economy etc are enormous. 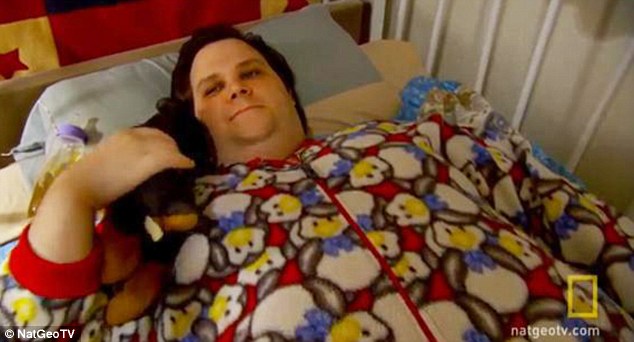 Implies as good as Dubya, maybe after Trump when someone is doing something REALLY dumb and stupid, we'll start using "Trump League"?

"Bush league" is too good for them...

Well you wouldn't see it at all (during that senate) before he won, because the Democrats had a supermajo

praktik said:
Well his victory before the midterms in Obama's first tipped the senate back to them, so I think you would have seen the filibuster used differently before he took away the filibuster proof majority the dems had vs after

Right, I didn't know his name. Dems had a supermajority before he took that seat. So presumably you would not have seen the filibuster used at all before that (during that senate composition.) The Republicans could certainly use it after, but they didn't use it to do a total lockdown. That only started once they got a majority.

BANNON: "you have an expansionist China. Right? They are motivated. They’re arrogant. They’re on the march. And they think the Judeo-Christian west is on the retreat,”

BANNON: "“The one thing the Chinese fear more than America … they fear Christianity more than anything,” he said."

Are canadian Trump fans appreciating the extent to which people like Bannon are essentially partisan christians who see their faith as a guide to geopolitics?

Its kind of like how many Alex Jones fans go a la carte with him - taking the conspiracy shit on fluoride and 9/11, conveniently ignoring his fundamentalist christianity and obsession with satan's influence.

I bet many canadians are doing the same thing with the Trump admin.

Think our new found "detente" with Russia means they're going to back the U.S. in a conflict?

Taibbi: The Anti-Refugee Movement Is America at Its Most Ignorant


Trump supporters are organizing a boycott of Starbucks – again. This time, the crime isn't an insufficiently Christmas-y cup, but the company's pledge to hire 10,000 refugees.

Columnist Michelle Malkin ripped the decision as evidence of "radical progressive" tendencies. Her piece in theNational Review, entitled "Not All Refugees Are Welcome," expressed everything that is wrong and ignorant about the Trump movement. 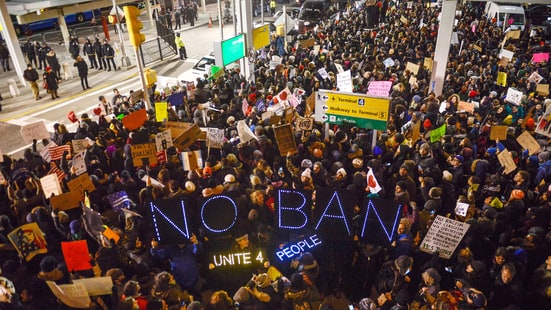 I don't know about you, but when I'm painting, I use the same brush for everything (and everyone)