There have been many holy-crap-that-did-not-just-happen days in the Trump White House. But few top the soap opera of Oct. 16, 2019 — exactly Day 1,000 of the Trump presidency.
Roll the camera:
At the White House, Trump told Pelosi, according to the Democratic aide: "President Obama drew a red line in the sand. In my opinion, you are a third-grade politician."
What's next: Vice President Pence and Secretary of State Mike Pompeo were wheels-up at 6 p.m. for a 12-hour flight to Turkey.
The bottom line: Day 1,000 is one they'll write books about.

Rudy Bo Booty in some kind of situation, maybe treason?

Michael McKinley, a career foreign service officer and Secretary of State Mike Pompeo's de facto chief of staff until last week, told House investigators behind closed doors that he could no longer look the other way amid the Trump administration's dealings with Ukraine, AP reports.

A Florida man accused of conspiring with associates of Rudy Giuliani to make illegal campaign contributions — David Correia, 44 — flew to JFK Airport in New York City to turn himself in, and was freed on bail. (AP)

The BBC reports that Trump’s letter infuriated Erdogan, who chucked it in the trash after reading it:

In response, Turkish presidential sources told BBC Turkish: “President Erdogan received the letter, thoroughly rejected it and put it in the bin.”
Click to expand...

Ragip Soylu confirmed this in his own report:

Turkish officials, speaking on condition of anonymity, told Middle East Eye that they responded to Trump’s letter in kind and with stronger language.
“We just dumped his letter into the trash,” one of them said.
“The date on the letter is 9 October, the same day we began Operation Peace Spring. Our president gave the best response by launching the operation on the same day at 4pm,” the official told MEE.
Click to expand...

Trump’s letter was embarrassing and bizarre, and the Turkish government took it as an insult. The Turkish foreign minister Ahmet Davotoglu responded to it publicly:

“The Turkish nation and state were offended,” he tweeted.
Click to expand...

The president seems to have been the only one who didn’t realize that the letter would be taken as an insult and discarded. The U.S. would have already had a hard time persuading Turkey to agree to a ceasefire if there had been no letter. Now that the letter is public knowledge, Erdogan has another reason to ignore the Trump administration’s demands. The letter is the sort of thing that one would normally expect to be leaked by someone hostile to the president. In this case, the president was eager for people to know about it in the belief that it would make him look good and “tough.” He was passing out copies of it at the same meeting where he blew up at the Democratic leadership:


The Erdogan letter is Trump’s failed foreign policy in miniature: ignorant, blustering, threatening, and ineffectual. Trump’s attempts at diplomacy fail across the board for several reasons, but his basic lack of respect for the other side is an important factor in all of them. Because he knows so little, he doesn’t grasp what the other governments want, and he seems to think that the only thing anyone else cares about is money because that is what matters most to him. He threatens economic ruin of whole countries in the way that he threatens to sue people, because he cannot imagine that there are interests and values more important to others than lucre. His complete lack of empathy means that he cannot understand how others perceive the world, and that means that he frequently misjudges how others will view his reckless and abusive behavior. Just as he thought the summary of the Zelensky call would vindicate him when in fact it confirmed that he had committed a flagrant abuse of power, he thinks that his letter to Erdogan was “very powerful,” as he put it, when it was ridiculous and guaranteed to provoke derision and anger in Ankara. Because he surrounds himself with nothing but yes-men and flatterers, there is no one able to tell him how foolish he is, and so he makes blunder after blunder while patting himself on the back for his ingenuity.

Art of How Not to Make a Deal

Trump tries to taunt Nancy Pelosi with a photo on Twitter. She made it her cover image

Pelosi, in electric blue, the only woman visible at the table, stands across from a homogeneous row of men, pointing her finger at Trump

I'm loving how the WH is now trying to distance itself from the Mulvaney press conference.


Annnnnnnnnnnnd now Rick Perry is caught in deep with the Ukraine web. No wonder he was saying he was going to drop out of politics just about a week ago.

el presidente Highsteppa said:
I'm loving how the WH is now trying to distance itself from the Mulvaney press conference.


Annnnnnnnnnnnd now Rick Perry is caught in deep with the Ukraine web. No wonder he was saying he was going to drop out of politics just about a week ago.
Click to expand...

ndrwrld said:
Donald Trump awards the next G-7 summit to his own Doral resort in Miami
Click to expand...

LOL... good luck with this one Donny you turd... 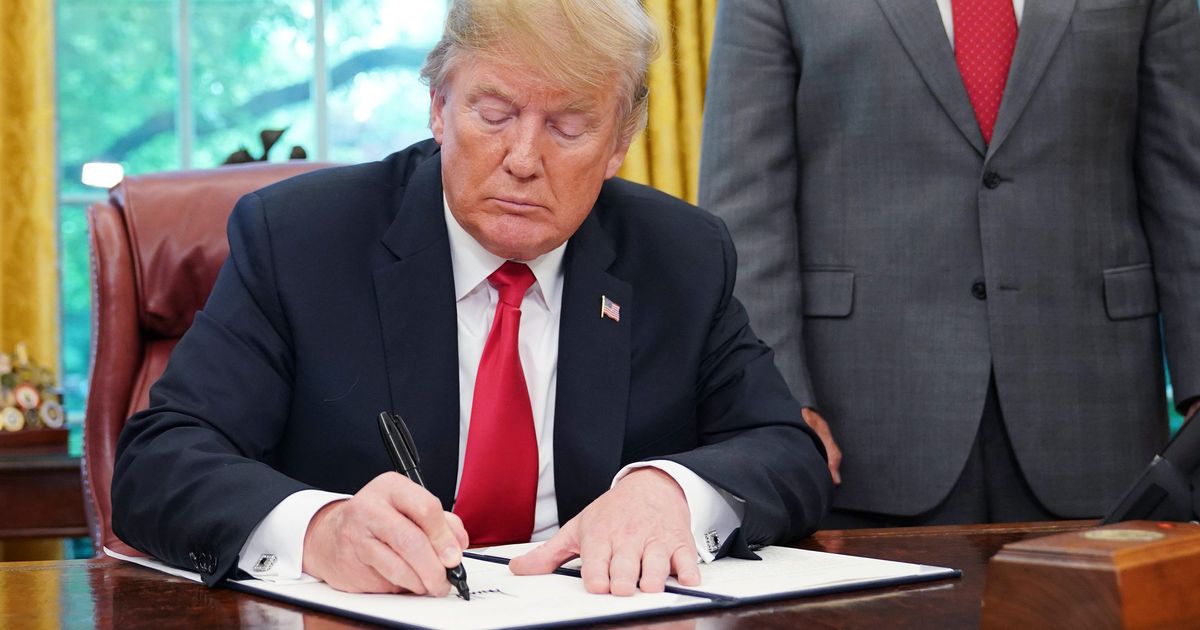 Trump’s authoritarian side and his toddler side are both on display here. 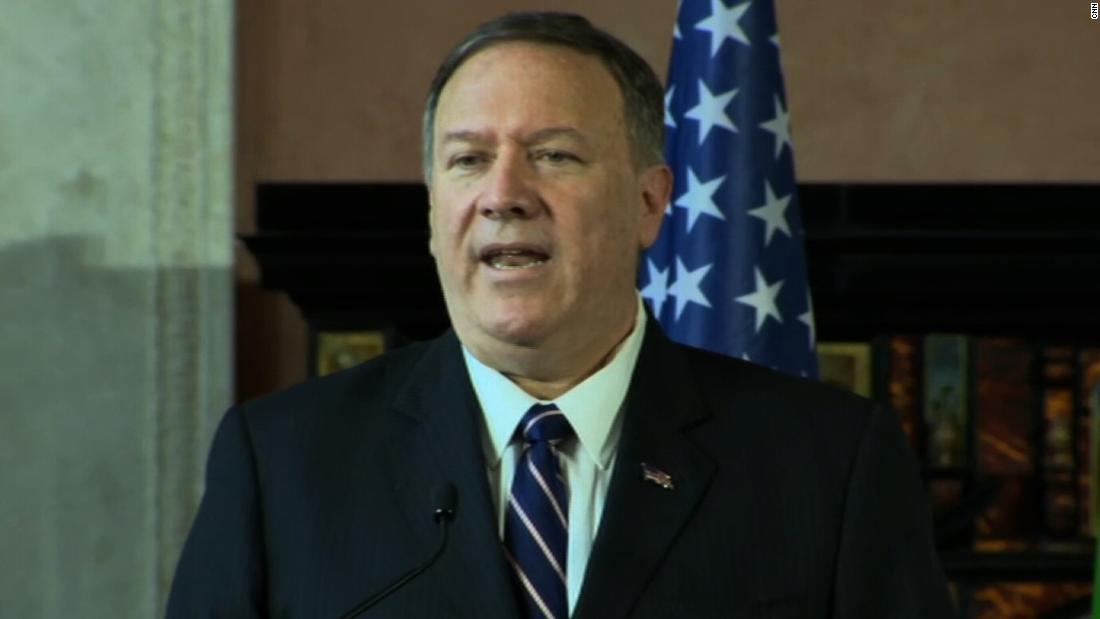 Secretary of State Mike Pompeo has become increasingly frustrated in recent weeks by the departure of top State Department officials and claims that he failed to defend the former US Ambassador to Ukraine, Marie Yovanovitch, from a smear campaign against her, according to three sources familiar...

That's some kind of leadership to have the department you're in charge on you either abandon you or just outright defy you because you're crooked. 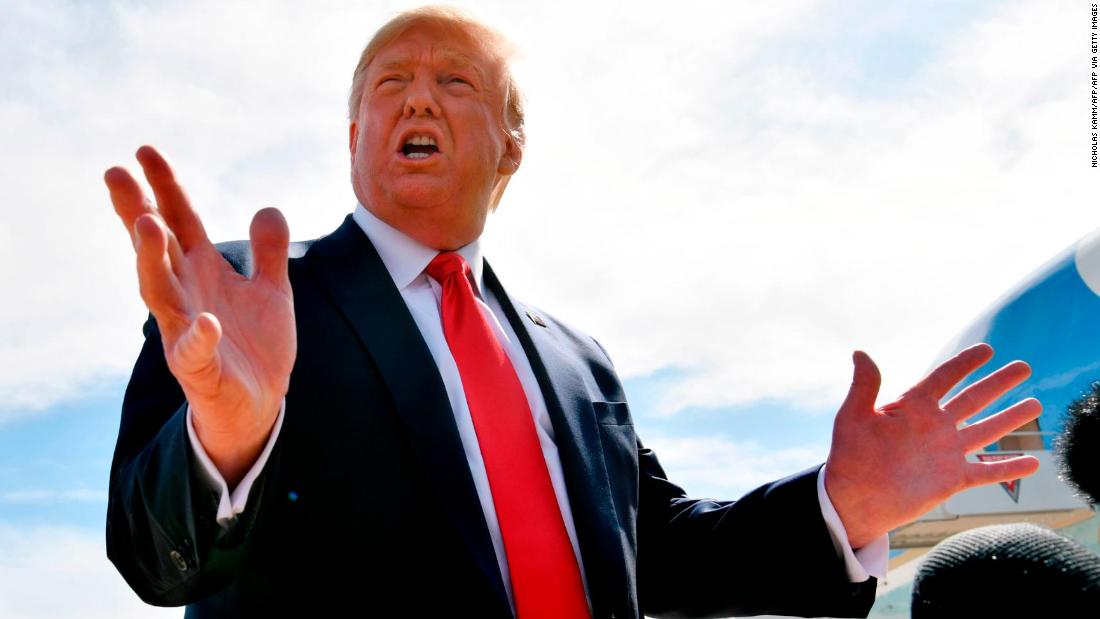 President Donald Trump on Saturday night abruptly reversed course and announced next year's G7 economic summit of world powers would not be held at Trump National in Doral, Florida, in a rare departure after facing bipartisan backlash.