Caitlin Johnstone is a fraud. Some Aussie crystal weirdo who masqueredes as a journalist. She’s an Assange cultist. 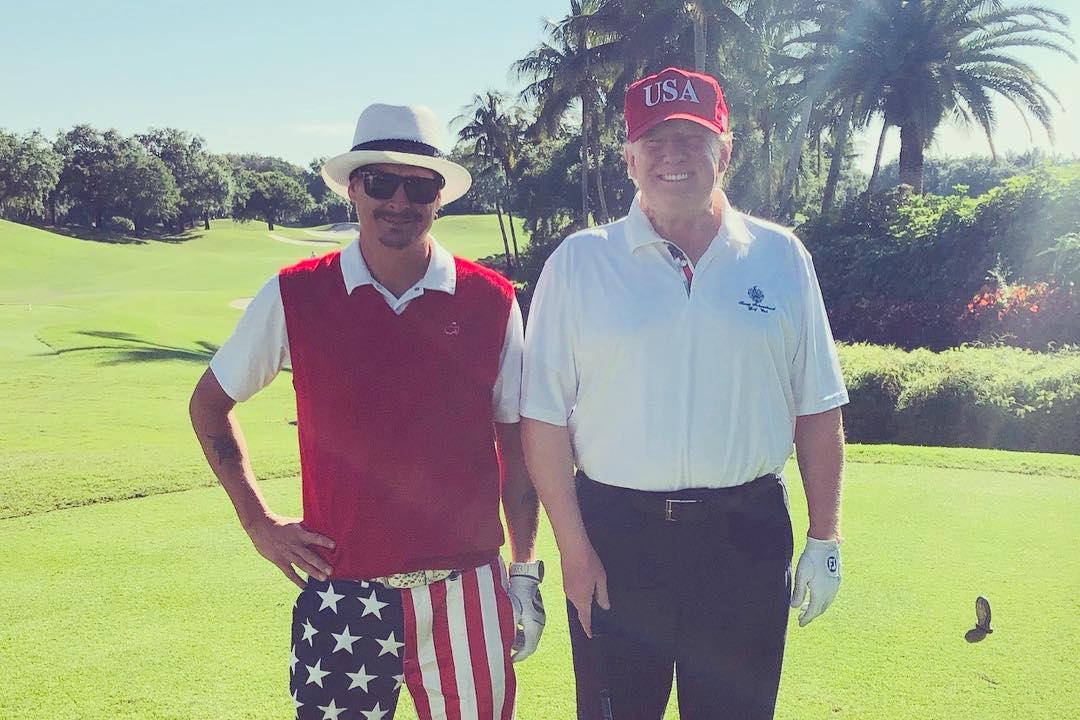 Robert Mueller Found That The Trump Campaign Did Not Conspire With Russia, According To The Attorney General.

Tho I always thought the collusion case was less about the election and more about selling out foreign policy for personal wealth.

The real issue is for years - this has been normal DC practise and Not A Crime - and it appears mueller wasn't investigating that so much as he was an alleged agreement to mess with the election.

Also people seem to be forgetting we've seen a pattern of criminality wend it's way through the Trump campaign and later the admin - this has nothing to do with emoluments, campaign finance lies and all the other shit they're pulling.

Greenwald's triumphalism on this last few days on his Twitter Timeline seems to be implicitly buying the Trump frame that this is all about collusion and not his general pattern of criminality.

Bernnie Federko said:
this is the behaviour of a person who thinks and says "you're only in the wrong if you get caught"
Click to expand...

It's ok man. I've been taking shit from sheep like you for 2 years because i thought for myself. Don't double down (you're well past that actually. maybe on. It's over and you look silly. Have some class for the first time in over 2 years.

The only people, as far as i understand, that have seen the full report, are Mueller's team, and Barr.
Barr was appointed by Trump...and we all know what Barr's said.

spaboy said:
It's ok man. I've been taking shit from sheep like you for 2 years because i thought for myself. Don't double down (you're well past that actually. maybe on. It's over and you look silly. Have some class for the first time in over 2 years.

Alternative headline: The entire FB-fucking-I was not able to clear the president of criminal activity

Our police force investigated our previous mayor and basically said “yeah, we found a video of him smoking crack, and he personally admitted driving drunk, but there was insufficient evidence to bring charges.” So forgive me if I call Trump fans like Spaboy out for their BS.

It's over man. This was a setup from the beginning and it was blatantly obvious. The real fun now begins

But if you want to keep doubling down...be my guest.
S

YOU HAVE NO EVIDENCE.

Give me any one of your silly talking points and I will dismantle it. Go...

spaboy said:
YOU HAVE NO EVIDENCE.

Give me any one of your silly talking points and I will dismantle it. Go...
Click to expand...

Collusion requires both parties to be part of it silly. lirl

The irony is the dossier you guys stood by was Kremlin intel. YOU were the ones pushing Russian disinformation. YOU"RE the useful idiots.

Ok i dont think you know what useful idiot means:


"In political jargon, a useful idiot is a derogatory term for a person perceived as a propagandist for a cause whose goals they are not fully aware of, and who is used cynically by the leaders of the cause.[1][2] The term was originally used during the Cold War to describe non-communists regarded as susceptible to communist propaganda and manipulation."​
Think of a Useful Idiot in terms similar to like "patsy" - except a Useful Idiot isn't necessarily used as a scapegoat - they both share in common the fact they are not *actively or consciously participating* with the people who would use them as a "patsy" or "useful idiot".

In this way in the Cold War, trade unionists - left wing media or politicians - were called "The Useful Idiots" of Russia which implied that they are NOT, actually, colluding with Russia - but innocently acting in ways that further Russian interests (by promoting socialism which leads to communism, etc etc etc)

The language of "knowingly colluding" in the Mueller report leaves open the chance that people like Manafort provided polling data directly to the Russians not with the intent they use it as part of some active collusion - but for some other bizarre purpose - and then the Russians went on and did Bad Things with it. Similarly Trump could argue for convenient foreign policy positions for Putin not because of an arranged agreement with Putin - but because Trump innocently believes in things that are convenient to Putin, such as annexation of territory being something That's Legit as long as you're the Stronger One (see the Russian reactions to the Trump blessing of the annexation of the Golan Heights to Israel).

In this way - The Trump team may not have actively colluded but may have walked "right into Putin's hand" kind of thing by being dumb and venal and probably in some cases, ideology (think of Flynn and the Bannonite take on Russia that it will be the saviour of the White Race in the Forever War against Islam).

uh that explains you perfectly. You spewed Russian propaganda unknowingly

so once again you base your position on information you don't have. sigh. That hasn't worked out too well for you.

Ok i thought you laid down a challenge that you would unpack any challenge to the claim that Trump is totally vindicated.

I dont see any rebuttal of the claim that Trump and his team could have been Useful Idiots in your response, which must mean that the claim has gone unanswered and is therefore assumed to be Potentially True by all of us here including you.
S

'potentially' hahaha. Baseless speculation is all you Trump haters have offered since day 1. All your smoking guns blew up in your face. You have no evidence. Pretty simple.

Sharing polls is collusion? Lock up every polling company then i guess. That argument is ridiculous. Not to mention it had nothing to do with Trump. Because you have nothing you keep leaning to guilt by association. Doesn't work that way.

Im just going on what the report said, they didn't "knowingly collude"

Seems to very much leave the Useful Idiot solution to the problem open.

They could have, "unknowingly colluded" - this is the "you got played by Russia" solution right.