Good luck on getting past 3% Chump.

His twitter feed is going to be amazing through the presidential cycle - check out the comments he's made about the establishment (the people he's going to have to have back him if he's got any chance of getting the Republican Nomination):

Donald Trump thinks pretty much everyone is a loser - CNNPolitics.com

As I said before, the last Presidential Cycle on the part of the Republicans was a complete shit show, but 2016 is going to make it look like someone tossed an M80 into a septic tank.

He'll be gone before disclosing his personal finances. I give under 4 months.

I think he'll make it into a couple of debates, get incredibly schooled on foreign policy and then say "I didn't want to be president anyways."

It'll be quite the cripple fight between him and Ted Cruz though, I'm hoping for some serious fireworks between the two.

I just like how we have a candidate - FINALLY - ready to stand up for free market principles!

So free market that he hired actors to show up at his announcement! Below industry standard rates no less with $50.00 per person!

Edit: how funny is it that this practice is called "astroturfing"?

Well, he's certainly off to a promising start with the Latino vote.

And now NBC is cutting ties with him - NBC says it's because of the offensive comments he made about Hispanics, he says that NBC didn't want him to run for president.

Donald Trump on NBC Severing Ties: "They Didn't Want Me to Run" - The Hollywood Reporter

Oh yeah, and he forgot to mention that his clothing line is made in China AND Mexico. Oops.

And the hits keep on coming - first has a deal nixed by Carlos Slim (who's richer than Trump), which really amounts to Trump being fired by a Mexican.

And the Republican Party is getting pissed by how he's dragging them all down with him. Ari Fleisher had particularly unkind words for Trump (listed in the article).

I cannot wait to see the Fox Republican Debates with him in it. I really hope he makes it to the debates and doesn't tap out. Go the distance Trump!

el presidente Highsteppa said:
I cannot wait to see the Fox Republican Debates with him in it. I really hope he makes it to the debates and doesn't tap out. Go the distance Trump!
Click to expand...

You secretly love the Trump!

Should be almost default get another democrat back in order.

JamesM said:
You secretly love the Trump!
Click to expand...

And you're the world's most obvious case of denial with respect to your chronic drinking issues.

And a pathetic attempt at being a troll.
D

What the world looks like to Donald Trump, mapped - Vox

Donald Trump's Troubling Bid for the Presidency - The Atlantic 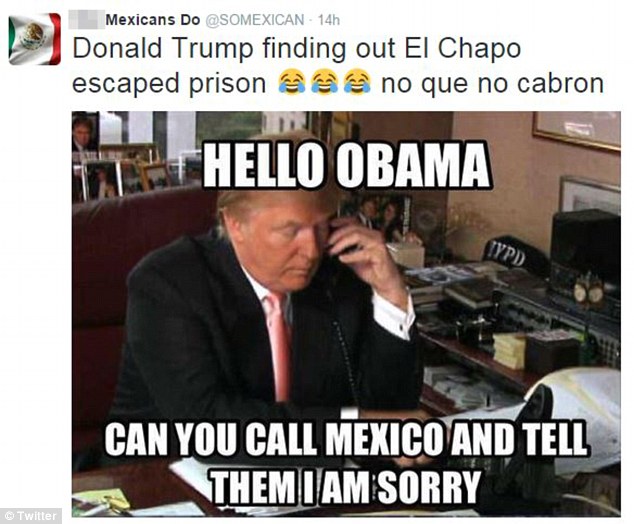 Mr. Trump is number one in the unimportant Huffington Post poll, along with all other recently released polls including Reuters, FOX, USA Today/Suffolk University and The Economist.

Mr. Trump is in first place in Nevada, where he is also number one, by a wide margin, with Hispanics. He is number one in North Carolina and expects to win Iowa and New Hampshire.

Mr. Trump singlehandedly raised the issue of illegal immigration and started a national conversation about what has turned out to be one of the most important topics of this election cycle.

Likewise, Mr. Trump is the leader on issues such as the terrible United States trade deals, strengthening our military, taking care of our great Vets and the repeal and replacement of Obamacare.

If you read previously written Tweets, Mr. Trump has never been a fan of Arianna Huffington or the money-losing Huffington Post.

The only clown show in this scenario is the Huffington Post pretending to be a legitimate news source. Mr. Trump is not focused on being covered by a glorified blog. He is focused on Making America Great Again.
Click to expand... 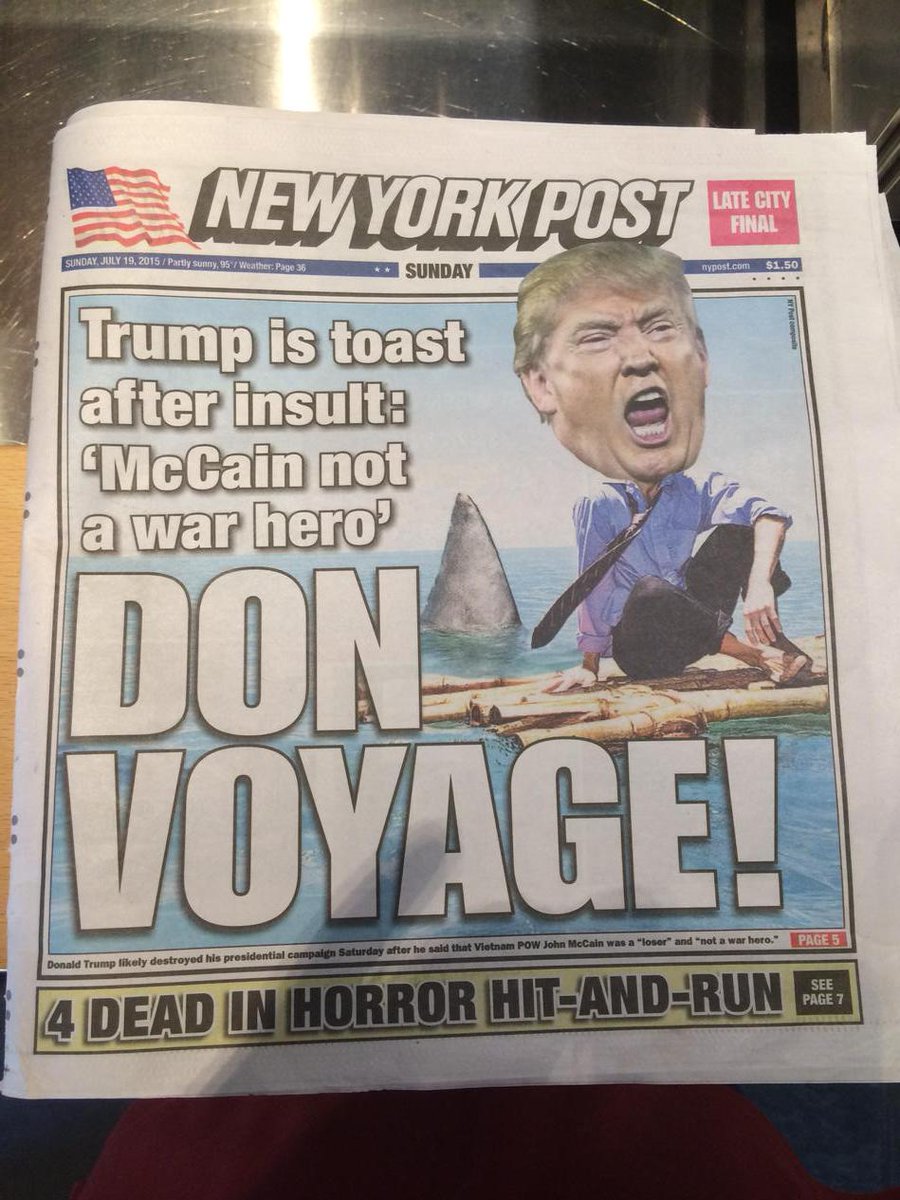 Admit It: You People Want To See How Far This Goes, Don

That trucker hat he wore at the border is in serious fucking demand. Brooklyn hipsters are trying to hunt this down in some kind of ironic frenzy.

His adviser was going to quit, but Trump puts out a press release before it's official.

And that comment about Megyn Kelly was pretty crass, even for Don.
R

Among the Republican base, sure. But the last few presidential cycles, the base has been indecisive and fickle. Look at how all over the place they were in 2012 - this is worse.

When he 's compared to Hilary, he loses by double digits.

By Riker's beard I hope Trump wins. If we have to live with Ford the US get's Trump. It's not my country so I love the spectacle.

Hilary is incredibly fake, pandering and I do not think she will win.

el presidente Highsteppa said:
When he 's compared to Hilary, he loses by double digits.
Click to expand...

I don't think so. Trump is basically Ford 2.0 and these people are more popular than you think.