Tribe Is Not Your Blog

That's just what I was thinking.

It also isn't a practicing therapist, OR a Magic 8-Ball.
S

Or a microphone that you use to dictate the innanities of your day into.
L 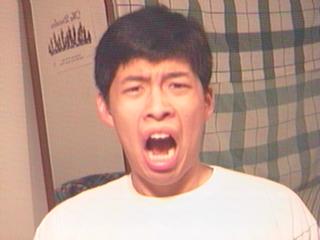 So today, I picked my nose.
D

Aren't the minute details of my life so interesting that everyone needs to hear about them?

I burnt my thumb pulling something out of the oven the other day. What's everyone's opinion on this?
M

it is my brite glob
S

i don't even know what a blog is

Originally posted by skyparty
i don’t know if i should have said that.
talked about him just after we had sex.
but i said "i don’t like them"
i said "i hate them"


i don’t know why he wanted to use them in the first place. what was he insuniating? i said iw as going to START my period, and that i didn’t have it.. so why the condom? the whole thing was uncomforteable to me since the beginning...

i felt wrong saying that, i hate them, they hurt, i don’t like them..
like i had to explain myself.

like i wanted to tell him that when craig and i had sex, we used a condom - except that one time.... and i did. "and i just wanted you to know... you know... i guess i just want to be honest, so you know i’m being safe... and if you have to know, i had the worst night of my life when i went to visit him. so don’t even worry about it...."

i don’t know why i felt the need to tell him that.
i felt guilty? but why should i feel guilty?
that was in the summer, and we weren't even speakin then.

but i couldn’t. so i said all that other stuff, which came out ALL wrong and then he didn’t say anything. like he always does and it drives me fuckin crazy. SAY SOMETHING!

i thought, omg narissa just keep your mouth shut!
he probably knows craig means nothing to you!
but i didn’t know if he did, and i wanted him to know that.

i wanted to tell him i was jealous of the others girls he could be sleeping with, and iw anted him to be safe with them so we could enjoy ourselves. but what if he’s not with other girls? why am i assuming? only because i was with other guys? and today he wanted to use a condom?

but in the 2 years i knew cory before this, i knew his love life. it was non existent, which is one of the things he always bitched about CONSTANTLY whinewhine i don’t have a girlfriend.... whine whine...

ah man i hope i didn’t screw something up.
STUPID STUPID

THINGS WERE GOING SO GOOD
and you had bring HIM up!

NEVER BRING UP THE EX!
I MEANS YOU’RE STILL ATTACHED TO THEM IN SOME WAY

i didn’t like that answer! you should care! because i care about you...

goddamnit this is hard!!!!

god iw ish we could have "the talk"
im just trying to drop hints.
VERY badly.

Originally posted by stir-fry
Or a microphone that you use to dictate the innanities of your day into.
Click to expand...

use the nobody cares thread, quit creating a new one for everytime you take a shit
P

I need to poop!

Originally posted by pr0nstar
I need to poop!
Click to expand...

Yesterday after work I took a nap. Then my friend called me and we met up with other friends and went to the Foggy Dew to drink beer and eat wings. This guy that was there is originally from Manatoulin Island and he told me he had never been south of Lawrence before. He asked me if I knew where silver snail was cause he collects gi joe and star wars figures. My roomie has lots of gi joe figures and I said we'd all go back to my place to drink some scotch and chill. When he saw my roomie's gi joe's he freaked and I'm pretty sure he's gonna buy them all. Then we all went to Diamonds and saw lots of pretty girls dance on Stage. I like that place. Then I came home, started a stupid thread on tribe and passed out. Now I am at work and doing work. I can't wait till the wings game tonight. Life is swell although I think my gf is angry at me cause I didn't pick her up after she was done tutoring. I am really hungry and could go for a smoke. I am glad I get to hang out at the Western today.
B

Originally posted by BigBadBaldy
OR a Magic 8-Ball.
Click to expand...

Actually it has been a Magic 8-Ball a few times.
T