I've seen a bunch of people post stuff online recently from both of these places so i know some of you have been!

I just booked my flight for april 15th-june 2nd. 3 weeks in Costa Rica, 4 in Ecuador. I've never been to South or Central America so I'm very excited!

And i'm looking on google too as well as in travel books, i'm just looking for personal recommendations as well!

in ecuador go to monta~nitas.. beautiful beaches and crazy partying

for costa rica, stick mainly to the west coast for lodging. as the east coast is not so great (ie. potential problems).

try to hit the east side of the mountains for the real rain forests, as the ones on the west side are almost-but-not-quite rain forests.

if you're comfortable with renting a car, go for it. a lot of people do this and just bomb around. but be careful as the roads suxors bigtime.

the mid-west and south-west coasts are really good for surfing, but i guess it depends on time of year.

and if you go to ecuador ... you have to play Ecuador over and over again.

oh. and bring back some coffee from costa rica.
V

1) are you correctly vaccinated? it's a good idea to at least have an initial medical consult at like a travel clinic as the recommended traveller's vaccinations will vary with the region that you travel to.
On top of that, you have to obviously be pretty careful with what you drink and eat. ie bottled water only, stay away from salads, eat fruit that you peel yourself, etc.
We were pretty careful ourselves, and even then most of our group wound up with traveller's diarrhea..

2) where you are going to in Ecuador and what kind of activities were you planning on doing?
Quito is the capital though it seems more like a smaller town. In Quito, we stayed in the Hotel Sierra Madre. A really pretty, quaint place about 5-10 minutes from the airport. At night the city gets reaally quiet. Not many people are on the streets and it looks as if the entire city has shut down. Though if you look around, you can still find some nightlife. We partied at a salsa club one night and had a great time. It was pretty foreigner-friendly, and alcohol is ridiculously cheap there. hmm watch out for stray dogs. There are tons of stray dogs running around. You dont' want to be petting them even if they seem friendly..
About a 2 hr bus ride from Quito is Otovalo which is big with tourists as it has a great marketplace where you can buy lots of different types of things. Although things are already pretty cheap, you're pretty much expected to haggle with the different vendors.
If you wanted to do something more outdoorsy with nature, check out Podocarpus National Park. However, it's in the southern part of Ecuador so if you were travelling from Quito, you'd probably have to take another plane to Loja (about an hour plane ride) and then a short bus ride to enter the park. There's also a small entrance fee into the park. There's a visitor's centre for any supplies but for the most part, you're free to hike through the park, swim in the rivers, check out the waterfalls, etc.
If you're deadset on seeing a capuchin monkey or sloth in the wild, you're probably not going to find it by yourself.
The rainforest has one of the highest diversity of species on the planet. But there really aren't that many of any one particular type of species.
You'd probably have more luck going on a tour. There's tons of rainforest tours, wildlife tours, birdwatching tours, etc. that could take you through the park, or other parks. I have no experience with them though.
You can pm if you have any other questions.
Good luck! You're going to have an incredible time

ps if you're going to do any outdoorsy things, DEET yourself CONSTANTLY. It can get pretty hot, and you'll sweat off the deet pretty quickly... which is NOT a good thing
Even with my deet, I still ended up with tons of mosquito and blackfly bites.
uhh yeah and watch out for the botflies
Last edited: Mar 1, 2004
A

I hear Haiti is beautiful this time of year.
G

Originally posted by labRat
oh. and bring back some coffee from costa rica.
Click to expand...

I stayed in and around Liberia for a week (West coast, ie the pacific), this area is a dry tropical rainforest, which means it has a climate which almost a semi-arid desert in the dry season.

The beaches on some of the pacific side are not amazing (no white sand etc), but there is less crime on the pacific side. There are some amazing villages, some great surfing (Tamarindo, great town, with good surfing, didn't go myself but had friends go there).

A definate is go to Arenal Volcano, check out the hot springs, and hopefully see the volcano (try and get there at the break of dawn before the clouds obscure it).

Check out Monteverde cloud forest, and butterfly sanctuary. a definate must.

If you have money and like scuba diving, head to Isla del coco, hammerheads, and manta rays.

Originally posted by AdamAnt
I hear Haiti is beautiful this time of year.
Click to expand...

I hear costa rica is the new thailand

Allie, for Costa Rica, yes rent a car if you can... definetly worth it

Two other places noone mentioned

- Tamarindo in the north west... great surf town, worth spending a few days 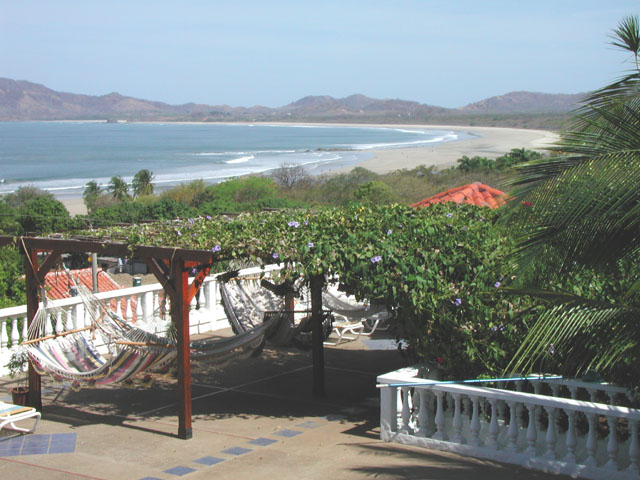 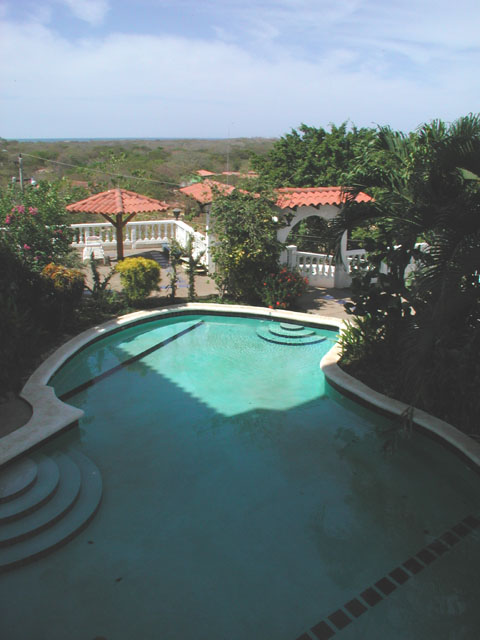 - The volcano Irazul... the drive up is truly awesome if the weather is right. 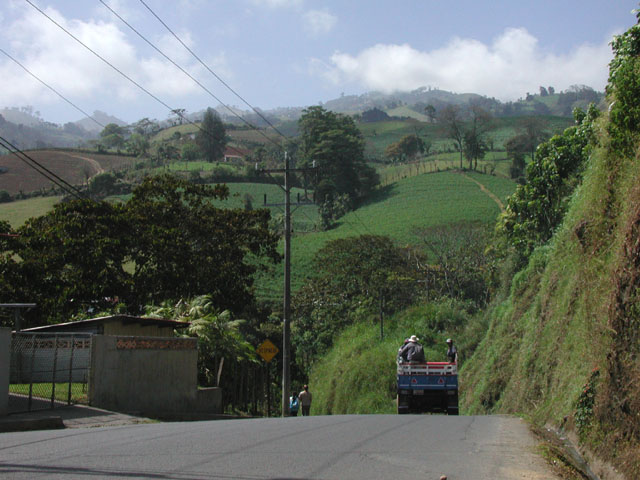 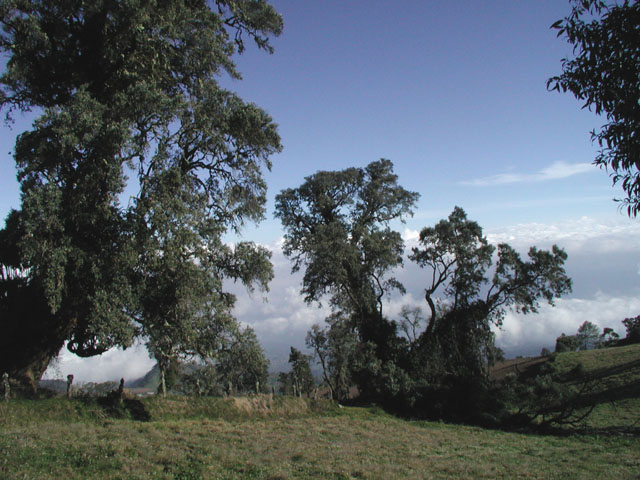 PM me if you need details.
T

just bumping this thread so see if anyone else had any last minute tips or advice!

i'm getting all butterfly-in-the-stomachie. Being excited for a trip is like having a crush on someone new.

but only if you're barefeet in tha jungle...
they r so fucking poisonous....
J

i was just in costa in january, its beautiful,


yeah the pacific side is more stable weather wise, less shady shit too.

Tamarindo is the big tourist spot for americans and what not, but sweet,

Montezuma was my favourtie place, a beautiful little seaside town on a hill, really cheap but honest food everywhere, you can get there from Punta renas by ferry.

Jaco/Hermosa beach are dope, the black sand at hermosa is unreal, lots of stuff to do.

Manual Antonio is an hour or so away from there, its more like a resort area but still really nice, and the beach is great. thats wher ethe big nature reserve is too.

Arenal is the dope volcano spot, and the hot springs are so sweet, theres the best one that is serious cash, but the 2nd best one is much much cheaper but still really nice. check out the motel "las colinas" in Fortuna, the town next to the mountain, good cheap place to stay and the guy there will hook you up.

prostitution is legal for some reason, youll see lots of rich old guys dining out with these hot 18 year olds.... its kind of like Rosedale

youre gonna have a blast, get your shots, and buy bottled water, but overall the water situation didnt seem as bad as mexico or anything, its pretty dope overall w/ stuff like that.

whoa! Allie: Mel and Chris just left this weekend for Costa Rica for two weeks! You should email her to let her know you're going down at the same time... she was online yesterday so i think she's going to check email regularly....

damn. enjoy the fun in the sun.

try to make a trek up to nicaragua - i've heard there are nice things to see up there. it's about a 2-3 hour bus ride from Liberia.
T

i'll be careful big guy, just use a hankie to dry the tears of despair that will trickle down your chin once i'm gone

Originally posted by AdamAnt
I hear Haiti is beautiful this time of year.
Click to expand...

have a good trip allie.
and everything else that squirrely character mentioned.

I'll be thinking of you.

and if your with pirates it will be hard for you to not be drunk.

i will miss you.