This guys a life coach!

I really hope they land on their feet

The heart cries out...

praktik said:
I really hope they land on their feet

Then why not open your wallet to help these poor folks out?

Brandon said:
Then why not open your wallet to help these poor folks out?
Click to expand...

THanks for this Brandon, its really appreciated. I know Tribe is a generous lot.

If ever there was a worthwhile cause people this is it - Know Hope!

they used a contractor he met on a bike
they made so many mistakes but the sad part is they did all the upfront leg work and then did nothing with it until it was too late
they're dolts, nothing to sympathize with here.

I have no idea how both of them could afford that house, they must have gotten a helping hand getting into the market initially
K

Brandon said:
Then why not open your wallet to help these poor folks out?
Click to expand...

The story of how one young family found their dream cottage for $59,000 | Cottage Life

The Cottage Life article for reference. Published simultaneously with the Toronto Life one. Jheon's on a tear!

Their "former crackhouse" is at MacDonell and Seaforth if anyone's curious. I watched the reno as it was proceeding... You can see the state of the foundation re-do mentioned in the article in the 2011 google streetview of that corner.

I'm just glad they're okay now that they had a wealthy relative to drop bags of money from a helicopter so their shit show of a life could continue.

kyfe said:
Any they bought a cottage after this fiasco and have land in Tulum
Click to expand...

FFS... this place is around the corner from me. I hate these people...ugh.

Staff member
The Beaverton piece on them is amazing! 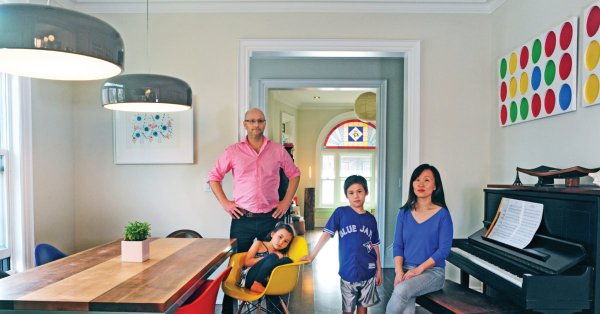 I was at work when my husband Julian called, with a kind of sexual excitement in his voice that I knew only too well. “I just saw a for sale sign. I didn’t bother looking at the house but I think we should put an offer in. Today.”

The house was a stately bungalow listed for $3,150,000.00 in Toronto’s trendy Cat Food Manufacturing District. Seemed like a steal. But there were some red flags. The paint was chipped, the lawn was poorly cared for, and the entire roof was missing. Also on the front someone had written “He who purchases this house shall be doomed to spend an eternity in damnation” in red blood. At least I hoped it was red blood.

But we were desperate to upgrade from our tiny condo. We put in an offer right away. After some haggling with the owners, an elderly couple with a strange, hard to place accent, we closed at $3.25 million. That was a bit beyond our budget given Julian was still studying for his GED and I managed a novelty toy store that was going out of business. To make up the difference Julian sold the vinyl record collection he had been working on for three months. That one hurt.

As soon as we took possession I knew something was wrong. The old owners had failed to replace the roof even though we casually mentioned it would be nice if they did. And the blood message on the front of the house (now that I was up close I could smell the plasma and hear the faint cries of whoever it was taken from) had gotten bigger somehow.

The biggest issue with the house, aside from the terrible pink paint colour in the master bath, was the bats. The absence of the roof allowed them to swoop in whenever they pleased, roosting on the exposed beams and loose wires that hung everywhere. The amount of guano made planning our fancy cocktail housewarming get together a real struggle, let me tell you! Also after our daughter was born the bats stole her from my arms and carried her up to what was left of the attic. I think they intended to eat her but they ended up just adopting her and raising her as their own. Small miracles right?

The next 15 years were a renovation nightmare. Instead of an expensive contractor Julian and I opted to hire a drifter who approached us one day and said “I like house. I make your house good.” He proceeded to demolish the entire back half of the house with a bobcat before wandering away while whistling an old hobo tune.

It got so bad that we were forced to leave the house and live in our other homes, plus our Italian vacation property and cottage (if you’d like to read about that please see my Cottage Life article: “We bought a $40 million dollar Muskoka log cabin and now I have scabies”).

But finally, after hiring an actual contractor and sacrificing my hair to the bats in order to get our daughter back, we were able to move into our Forever Home. Now I love the subway tiles in the bathroom, the granite countertops in the kitchen, and the fact that my daughter can communicate with bats.

Plus my real estate agent just told me that our house has grown in value so much that we’ve actually made money on the deal!

Crazy people be gone... out.