Staff member
It will certainly be interesting to watch all these incumbents backstab and undermine each other in the run-up to October's election. I bet it will get pretty messy, even within the groups of Councillors who vote en block for political party driven agendas.

Staff member
At least Keesmaat is running for mayor
S 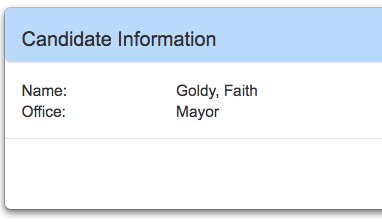 Staff member
City Councillors tried to muster a protest at Nathan Phillips Square yesterday and managed to round up a hundred and fifty or so. Most of them staff, aides, and their biggest fans. Not much public participation if any. They are trying to shape this Ford action as 'undemocratic' and spin it as the public losing rights when in reality they themselves are fighting to justify their existence and jobs. The same democratic rights that let the Council make decisions and have them implemented are the very rights that got Ford elected. Now that he is there, he can do whatever he wants within the rule of law. Those are the facts.

I have a feeling that it is going to be a real hard sell for Toronto City Councillors to convince Torontonians that their Council jobs are worth saving. In fact, these PR and spin exercises will only further convince the public about how little they care about Tornotions compared to saving their own skins. I suspect it is going to turn into a Battle Royale or Lord of The Flies very quickly - you could see it already starting to happen yesterday.

While I think cutting the council in half is a bit dramatic, the rest of us non-unionized, non-governmental people (most of the general public) are perpetually forced to increase productivity and work harder and smarter for the same or less. This is the nature of capitalism. We are used to this. They are not.

With the stroke of a pen, Ford has sidelined the Toronto City Council for at least a few years so he can move ahead with his agenda without sniping and interference. It is a brilliant tactical move, and he apparently still has more things he can do to keep them subservient to the Government of Ontario in the future.

ugh she's such a scag. She'll withdraw well before Election Time. Will Ford endorse her ?

The only winning move was not to play.

Staff member
Does the public even care about the reduction in ridings? I think Toronto Municipal politicians are shooting themselves in the foot by trying to direct the public conversation toward the Doug Ford move and away from getting themselves re-elected in whatever riding will exist on election day.

I think you will see a huge pivot in spin once councilors realize that they are going to have to fight for their own seats and begin doing that. It will get really messy I bet.

How Giorgio Mammo-fucking-liti is still an influential councillor is beyond me.
H

Tribalism: he's paisan and the Italians keep voting him in.

KickIT said:
How Giorgio Mammo-fucking-liti is still an influential councillor is beyond me.
Click to expand...

My in laws live in his riding - the answer is very simple; no one in the riding will vote for anyone else, unless they have a more Italian sounding name than his.

Is this a good time to bring up terms limits for city councillors? Maybe they can add that into the bill too. Wouldn't mind it at the Premier and Prime Minister level also.
Last edited: Aug 30, 2018