The worst movie you've ever seen

Currently Zardoz is it for me but I think that "Dünyayı Kurtaran Adam" aka Turkish Star Wars might just take the cake.

Minutes after pulling themselves out of the ground, storm troopers on horseback charge. A massive karate fight breaks out, and you can say what you want about their effects, sets, costumes, acting ability, sound editing and lack of continuity, but damn, Turkish people can fight. Luke and Han take out 15 men on horses with flips and kicks in super fast motion while the Indiana Jones theme plays. Periodically, the music abruptly stops and they show a half-second clip of a giant-headed papier-mâché mask somewhere else screaming “YAAAGGHHH!” Please believe me when I tell you that this was never explained at any point during the rest of the movie.

My next best guess is that they’re hit by lasers since they both fall down when a man in armor shows up. Turkish special effects are not what you’d call an exact art, and here the picture is severely scratched up, which I think indicates a failed attempt at scratching a laser-like beam onto the film itself. They’re captured and taken to a cruel gladiator arena where Darth Vader’s water cooler robot proves its evilness by swinging a screaming child around by its neck. Luke and Han watch for what seriously has to be three solid minutes of noisy kid dangling before they start another karate fight. Darth Vader comes out of a cave, and as soon as he does, most of the rest of the scene is viewed through the eyeholes of his helmet, including shots of Darth Vader himself. This could have been another massively insane mistake by the Turkish production crew, but I like to think it was a profound metaphor about how karate fights make Darth Vader take a careful look at himself, through the evil-shaped helmet eyeholes in his mind. - Seanbaby
Click to expand...

Mine was Matrix II. Even the 'zoomers didn't help the movie at all.

Staff member
I for once liked Zardoz for its nuanced characters and classic techno-Grecian costume design there deep!

Worst movie evar is the rave movie Seamless that I rented one day by mistake thinking there was either a) nude scenes with shannon elizabeth b) something about raves in it..

Plot synopsis:
Boring leads to more boredom and bad acting, culminating in the climax where the movie renter questions his movie renting judgement in a big way.
C

alexd said:
I for once liked Zardoz for its nuanced characters and classic techno-Grecian costume design there deep!
Click to expand...

It's quite possible I am merely overwhelmed by the beauty of this movie. 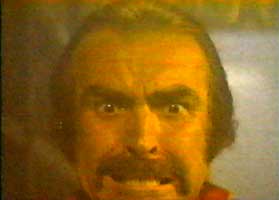 'Myra Breckinridge' starring Mae West from about 1970 - story about a transsexual - uhgly, stoopid and baaad beyond belief. Second choice - just to be provocative - 'Star Wars' - strictly a kid's movie - nothing there for adults - over-rated & borrrring.
D

I went to see it hoping that it would be so bad that it was actually good.

But it was so bad it was actually terrible.
T

charleze's hotness took the edge off it though.
D

Vanilla Sky
40 Days and 40 Nights
Closer (I'm probably going to get in shit for this one but I really thought it was awful, and I'm a Mike Nichols fan)
2010
Sliver was pretty stinky
White Noise
Spice World
J

Joe's Apartment is a 1996 musical-serio-comic film starring Jerry O'Connell. It was based on a short 1992 film first made for MTV.

Joe moves into his flat in the slum, and discovers it is populated by countless insects and vermin. It is perhaps the only movie in history to feature a chorus line of singing and dancing cockroaches. Actors providing the roaches' voices included Billy West (Futurama) and Jim Turner (Arli$$). The film was Don Ho's first acting role (as Joe's landlord).

and Groove was pretty terrible
A

Vanella sky doens't belong in here.. it was all right

The worst money I've ever paid money to see was, hands down, Armageddon. I've probably see worse for free.
A

The Core
Rocky 5
Ghosts Of Mars

memoires of a geisha
B

leprechaun 3
matrix 2
i also hated dumb and dumber and tried to walk out of the theatre but my friends wouldn't let me.
R

that would be my pick. Awful in every possible way.
S

cause pretty much anything with tom cruise.
B