It's Sunny and Brandon!

Awwww, look at the washed out tv stars!
No one puts it better than DA MIGHT PLUM:
"Whoa! A blast from the past into nothingness!"

he has the batman symbol on his arm. Is he the real batman?
J

i hope you and i can get married someday.
H

Jay, stop being not gay. He's mine.
O

Canada stalls trade pact with US.

Re: Re: The two Coreys thread!

this one got chunky and sloppy looking and he does his groceries at Dominion at Yonge & Eglinton.
I know. i work there....

The Coreys moved to Pensicola and opened up a wiener shack:

It's true, doodlebug used to work there.
B

Painkiller addictions will do that to a face.
B 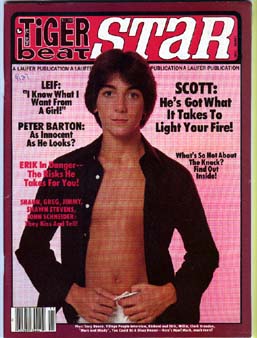 AhH! Someone help me, I'm alone in this thread with the Coreys and Scott Baio!

They're looking at me funny!
S

I saw the E! True Hollywood Story on Corey Haim.
Interesting fact: He moved to T.O. a few years ago because he said it's such a great place to party...he loves the clubs and raves.
I think he might still live here.

Leif: "I know what I want from my heroin!"


Seventies teen idol Leif Garrett was charged this morning with possession of heroin after his arrest in the Pershing Square subway station over the weekend.

Garrett was due to appear in Los Angeles County Superior Court later today. If convicted, he would be eligible for a diversion program rather than a prison sentence, officials said.

Garrett, 44, was being held without bail because he was also detained on a bench warrant for allegedly violating the terms of his probation for a previous offense, Los Angeles County sheriff's and district attorney's officials said.

The musician-actor, who has a history of drug issues dating from the 1970s, pleaded guilty in March to attempted possession of cocaine-based narcotics and was placed on probation, said Sandi Gibbons, a spokeswoman for the Los Angeles district attorney's office, on Tuesday.

At a Dec. 20 hearing in that case, a judge issued a bench warrant for Garrett's arrest for an unspecified reason, Gibbons said.

Garrett was detained about 6 p.m. Saturday on the platform of Pershing Square's Red Line station by Los Angeles County sheriff's deputies assigned to the transit unit.

According to deputies, Garrett was detained after he was found to be without a ticket to ride the rail system. A check turned up suspected narcotics and the warrant for his arrest, officials said.

Garrett was booked and assigned to the jail Sunday.

Los Angeles police in 1999 arrested the bandanna-wearing musician in the MacArthur Park area after he allegedly tried to buy narcotics from undercover officers.

In 1979, Garrett was behind the wheel of a Porsche and allegedly under the influence of beer and drugs when he rear-ended a car, leaving his passenger disabled.

and from the LA times a couple weeks back


Among those held on suspicion of felony attempted possession was actor Brad Renfro, who has appeared in such films as "The Client," "Apt Pupil" and "Ghost World."

Renfro, 23, was dressed in cargo pants and what appeared to be a military uniform when he appeared on Spring. He was taken into custody after he tried to buy heroin from the officers, police said.
M

I SMOKED A JOINT WITH COREY HAIM IN MY BASEMENT
Its true. One of my old roommates picked him up at a shitty bar in Port Credit (also true).
I was in bed, fully asleep, when the girls come tearing into the house yelling, and said roommate locks herself in the bathroom for 15 min to shave her legs. Whatever, I go back to bed. Half hr later, doorbell rings. And rings again. I'm like, Who in holy hell is ringing at 3:30 am? so i stumble to the door in my jammies, and who is on my doorstep?
He was totally mangled, and at least 25 lbs heavier but it was him, in the flesh , with one of his shitty 'entourage' or whatever. We all blazed in my basement, but my roommate didn't sleep with him which is probably just as well.
But she did stick those little Post-It polaroids of him on the fridge. THE END ps. his pot was shit
L 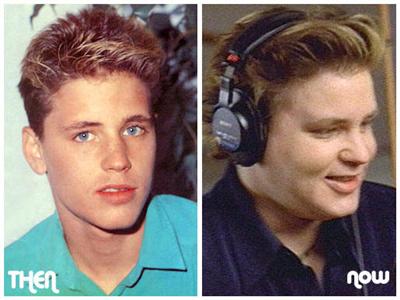 Re: Re: The two Coreys thread!

Yeah. He blew all his money and now he has to do drag shows.

guys named corey piss me off

Originally posted by JayIsBored
i hope you and i can get married someday.
Click to expand...

Originally posted by headwinds
Jay, stop being not gay. He's mine.
Click to expand...

four years have passed, and neither will profess their love for me in person.