the new face of mcdonald's

Mickey D's McMakeover
The heavy plastic look is history. A clean, simple design is on the way in...

A comfortable armchair. Cool hanging lights. Funky graphics and photos on the walls. Wi-Fi access. Premium coffee. Isn't Starbucks great? Except...this is McDonald's. McDonald's? That's right. After 30 years without a major design overhaul, the 51-year-old fast-food giant is adopting a hip new look. The world's largest hamburger chain is redesigning its 30,000 eateries around the globe in a 21st century makeover of unprecedented scale.

The redesign is risky and has many franchisees up in arms over the high costs of a makeover. But company officials believe the overhaul is needed. McDonald's, whose restaurants are visited by more than 40 million people every day, has moved aggressively over the past three years to revamp its menu and attract a new breed of customer. It has added healthier items like premium salads targeted at women, and apple slices and skim milk for children. But as more upscale items like Asian chicken salad show up on its menu, the chain's typical starkly lit, plastic-heavy look is at odds with the contemporary, welcoming image the company wants to present. "McDonald's promises to be a 'forever young' brand," says John Miologos, vice-president of worldwide architecture, design, and construction at McDonald's Corp. "We have to deliver on that promise." The last major change at McDonald's restaurants was the introduction of play places for children in the early 1980s.

After conducting a global contest among design firms, the burger giant chose New York-based Lippincott Mercer in the summer of 2004. Peter Dixon, the design firm's creative director, spent 2005 with McDonald's internal architecture and design team testing and prototyping the new look, which is being officially rolled out this year. Lippincott Mercer, which until it signed McDonald's had few clients in the restaurant business, has made a name for itself working with companies going through a shift in brand identity and image. In 2002, for example, it helped redesign Nissan Motor Co. dealerships to reflect the company's launch of several new upscale cars. Within a year, the redesigned dealerships saw an average of 57% sales growth, vs. 33% overall.

The traditional McDonald's yellow and red colors will remain, but the red will be muted to terra cotta and olive and sage green will be added to the mix. To warm up their look, the restaurants will have less plastic and more brick and wood, with modern hanging lights to produce a softer glow. Contemporary art or framed photographs will hang on the walls. Bob Dixon, a private school fund-raiser in Chicago, says of an Oak Brook (Ill.) restaurant that sports the new design: "It's bright, it's lively, it's clean. It stunned me how beautiful it was."

The dining area will be separated into three sections with distinct personalities. The "linger" zone will offer comfortable armchairs, sofas, and Wi-Fi connections. "The focus is on young adults who want to socialize, hang out, and linger," says Dixon. Brand consultant Robert Passikoff, president of Brand Keys, a brand consulting firm, says that Starbucks has raised the bar: "A level has been set by Starbucks, which offers the experience of relaxed chairs and a clean environment where people feel comfortable hanging out even if it's just over a cup of coffee."

The "grab and go" zone will feature tall counters with bar stools for customers who eat alone; plasma TVs will offer them news and weather reports. And in the "flexible" zone, families will have booths featuring fabric cushions with colorful patterns and flexible seating. The new design allows different music to be targeted to each zone.

RESISTANCE
McDonald's won't confirm the cost of a redesign. Richard Adams, a former franchisee and consultant to current owners, estimates they will have to pay $300,000 to $400,000 to renovate an existing outlet -- an amount roughly equal to a restaurant's annual profit. Tearing down a store and rebuilding from scratch could cost $1 million, Adams says. The franchisees will have to pay for the renovations themselves, which has some of them seething. "Many franchisees are dead set against this change, especially because they already spent millions remodeling their restaurants in the past four years," says Adams. In 2002, when McDonald's introduced premium salads, it did ask a number of franchisees to spruce up their dining rooms, but it wasn't a major redesign project. McDonald's says it worked collaboratively with franchisees to jointly develop a strategy for the current "re-imaging" of its restaurants.

In a recent letter to management at the company's headquarters in Oak Brook, about 160 franchisees from North Carolina spelled out why they oppose the new plan. They say the roof change erases 40 years of brand building and that "there has been no business case presented which justifies the change." Says Frederick Huebner, who owns 11 McDonald's in North Carolina: "We don't want to lose the iconic look of what we've got." If franchisees balk, McDonald's can refuse to renew their contract.

Right now, only 20 recently opened restaurants in the U.S. sport the makeover in its entirety. Another 20, primarily in Tulsa and Columbus, Ohio, have been completely remodeled. All brand-new restaurants will have to hew to the redesign blueprints, and by the end of 2006, more than half of the 13,720 U.S. restaurants will feature some element of the design. Says Gensler's Bricker: "It's something that McDonald's has to do if it wants to be part of the 21st century."
Click to expand...

i dig the outside but the inside looks like a watered-down starbucks location. ick.

Finally all the old people who hang at McDicks will have a stylin enviroment to drink their coffee all day.
M

ill have an imac pls!

Whoever came up with this idea should be fired.
C

The linger, grab and go & flexible zones? What about the I'm fucking totally trashed face zone. No consideration for that? Boo!
T

how is this news?


"EXTRA EXTRA, burger joint gets new interior....READ ALL ABOUT IT"

The McD's on Avenue Road north of Lawrence has a fireplace...weeeeeird.
B

TaCk OnE? said:
how is this news?


"EXTRA EXTRA, burger joint gets new interior....READ ALL ABOUT IT"

because it affects 30,000 stores worldwide. imagine the cost of switching to McAmbience?
T

if McDonald's starts sporting carpeted floors, (like in that photo) i will make it my mission to drop ketchup packets all over it and stomp on them.

Bumbaclat said:
because it affects 30,000 stores worldwide. imagine the cost of switching to McAmbience?
Click to expand...

I guess....still seems like thinly veiled advertising to me.

I still wont eat there......except once every year when I need to flush out my system.
E

PRIMAL said:
I still wont eat there......except once every year when I need to flush out my system.
Click to expand...

Flush out? Don't you mean clog up?
P

Maybe your special sauce isn't is special as mine.
E 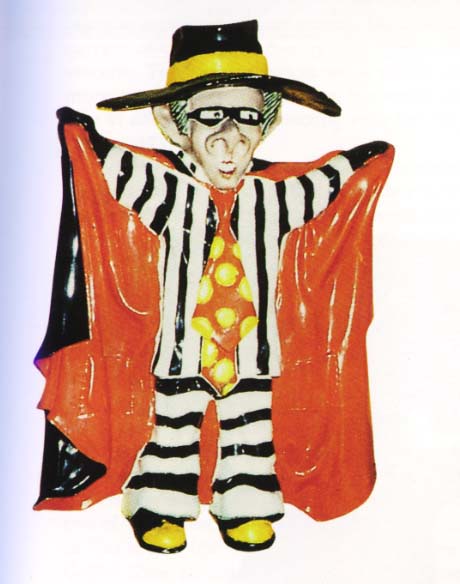 this is so stupid.
people go to mcdonalds because it's cheap.
nobody wants to buy healthy food in mcdonalds, and no one wants to go to a mcdonalds where it looks like there might be a dress code.

sure, it must be depressing to know that you're the restaurant of choice for homeless people, but fuck.
D

also, i want to go on record that i hate how they got rid of the daily value meals in favour of the miniature value menu they have now.
J

Looks pretty bad. I can just picture those lounge chairs getting covered in salt, grease, and bbq sauce. McDonalds sucks, but I guess you have to acknowledge their efforts. 5 years ago, no one would have imagined apple slices and "premium" salads on a mcdicks menu. They are trying. But they still suck nuggets.

Something tells me that the majority of the people in this forum aren't their target market anyway.
I

Shut up honey, it's good for you!
T

Do they have a party room? For kids?
Like the one that used to be in Pickering when I was a kid?
In the basement?


Only thing was, that McDonalds burnt down.....