It appears as if there's a lot of momentum moving towards the Ketogenic Diet these days as a really healthy alternative for those that have insulin sensitivity issues (most obese people, people with a history of diabetes in their family, etc.)

First the stories started to come in that it's sugar, not fat, that is causing the heart disease and obesity epidemic. This was widely reported on news outlets like 60 Minutes, The New York Times, NPR, and made into a documentary called "Fed Up".

More legitimate science started to come in to support this notion as reported on here: NPR - Cutting Back on Carbs, Not Fat May Lead to More Weight Loss

This brought into question the whole "Calories in - Calories out" notion that most dieticians preach as calories that spike your insulin are much more likely to be turned into fat and not all calories are close to being equal.

Nutrition research and the reporting on it has been extremely flawed since forever, and a Dr. by the name of Peter Attia set out to figure out, once and for all, what the hell the human body is up to when we eat.

Here's his Ted talk from a few years ago:

Since then, he's one of the founders and directors of a not for profit research group that is studying the effects of carbohydrates on the human body. This group is called NuSI (Nutritional Science Initiative) and has received a boat load of grants from wealthy philanthropists to help figure out what's causing the obesity epidemic.

You can visit the NuSI site here: NuSI

What's interesting to note is his research into the effects of ketosis. Ketosis has been widely studied but not to the extent that he and NuSI have been studying it as of late. He goes into the science of it all in this video:

His research has been finding benefits in just about everything, from reduced cholesterol levels, managed body fat, athletic performance, and even mental acuity (after the initial ketogenic mind flu). He runs marathons, and no longer requires heavy carb gels that make him sick to keep him going. To take his research further, he put himself in a metabolic chamber to study every single metric in his energy expenditure and macronutrient intake. 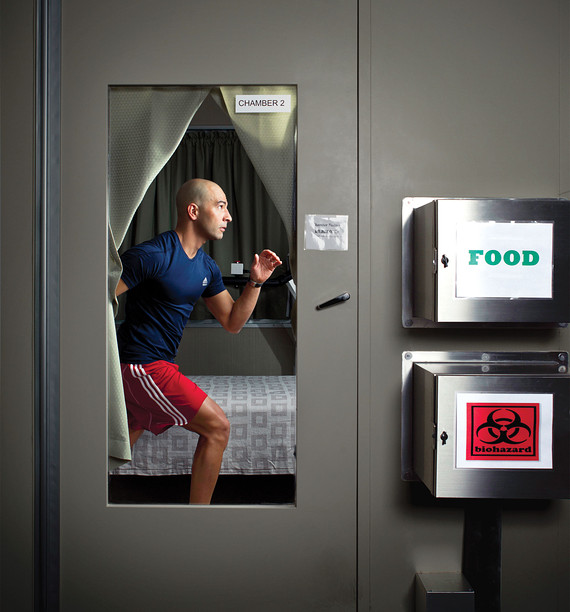 Although his own tests in a metabolic chamber were only for a few days, NuSI is planning (or is already doing) long term studies.

From what I'm reading, and my own personal experiences with Keto, I'm convinced. Although not the diet for everybody, I feel this could be the answer to the obesity epidemic for many people. It simply works, and if/when long term studies come back showing that it indeed DOES reduce heart disease, it'll be revolutionary. Anyone else following this stuff closely and have any thoughts?

Very interesting! Diet research is fraught with peril, you check out "The Gluten Lie"?

This interview with the author is fascinating:

https://m.soundcloud.com/inquiringminds/88-alan-levinovitz-the-gluten-lie
Definitely touches on the challenges of this type of research so thought would add to thread as a bit of a reference / aside
K

Listening now! Love that story about that food journalist that trolled the media with that chocolate bar weight loss story.

But yeah, real science is needed, but real science doesn't come cheap. There's a wealthy couple in Houston giving away $4 billion. $26 million of which is going to Peter Attia & NuSI for his Obesity research (Source: Wall Street Journal)
With this, NuSI is forming a so called "Manhattan Project Team" to combat obesity (Source: NPR) by assembling the best minds in this field of research.

I think all of the spotlight on illegitimate science and news regarding diet and health is good in that it'll help clear the media of misinformation. Let's hope any positive results from legitimate ketosis studies like the NuSI one won't be ignored as a result.

Diabetes runs in my family. My father passed of heart disease related to diabetes. Metabolic syndrome and insulin resistance is starting to creep up on me. For many in the world, the answers that NuSI are looking to find is very much a matter of life and death, and we've been told the wrong information this entire time. I'm hoping they can find compelling proof in support of a ketogenic diet and change the way we eat as a society.

The problem with Keto is that many think it's too good to be true. Bacon? Steak? Fat? Oil? Butter? It's a delicious way to lose weight and improve your health, which sounds very oxymoronic because of the 'low fat' diet we've been led to believe as true. But is the 'low fat high carb' diet the longest running dietary falsehood in history? Let's hope time tells soon enough.

And thought you'd dig the interview. It was crazy to hear how the fake diet he created for his book started freaking HIM out, once he spent all that time looking up ingredients and good/bad news stories based on random studies he had successfully planted "fear seeds" in him about everyday stuff he was eating - he KNEW it was bullshit, and he was affected!

Such a powerful connection between food/psychology/religion, and you can see how our modern attitudes to food - in an ostensibly "secular" society - mirror the very religious ways of thinking about things we thought we grew past when we became a "modern" society no longer suffering from rank superstition...

I argue superstition just mutated - our brains/minds aren't so different after all. And food and thinking about food is a hotbed of superstition!
S

So ketamine is good for you now?

Dr. Peter Attia is the man. Been following him for awhile.
Check out his lecture on YouYube called "The Straight dope on Cholesterol"
I can't link to it from work.

As a nutrition student, we are still being taught that Glucose is the body's best source of fuel - end of story, despite everything that's out there regarding Keto. I look forward to reading more of his research and I do hope that it gets the attention it deserves.
Last edited: Jun 9, 2015
K

Gonna watch that now! Thanks.

Another thing I wanted to mention in this thread. I brought up this diet to a physician friend of mine who brought up Ketoacidosis as a dangerous state for your body to be in. Ketoacidosis is often mistaken as the result of a nutritional ketogenic diet. Dr. Peter Attia has posted about the difference between Ketoacidosis and Nutritional Ketosis on his blog here for anyone interested in knowing the difference:

Lately I've had a lot of folks trying to sell me Keto OS supplements, new MLM company selling synthetic ketones that apparently give you an energy boost. Joe Rogan takes em and mentioned some guy once that told him it felt like steroids when mixed with carbohydrates. Nothing to do with the keto diet when taken like these people are selling it, and they promote it as a weight loss product, without a single study on their actual product.

Its getting a little nuts.

dbzraver said:
Lately I've had a lot of folks trying to sell me Keto OS supplements, new MLM company selling synthetic ketones that apparently give you an energy boost. Joe Rogan takes em and mentioned some guy once that told him it felt like steroids when mixed with carbohydrates. Nothing to do with the keto diet when taken like these people are selling it, and they promote it as a weight loss product, without a single study on their actual product.

The whole keto thing is such a fad

Joe Rogan has a great quality for hanging out and shooting the shit: a very open mind. Helps out as a radio host too right.

Joe follows a Keto diet as close as he possibly can, and in such a case, synthetic ketone supplements can be helpful, so he's for it, but he doesn't get the same experience as the regular folks that are popping these pills while still consuming carbs. As mentioned some athletes say it feels like steroids, and the fact that 0 studies for human consumption exist, it's kind of like being a guinea pig even though it "should be safe".

And agreed with Praktik, Rogan can sometimes stand by some questionable stuff.

U should have seen his message board forums in their heyday (before he killed it off earlier this year) ... That said, the diaspora of it are now at Forum - S69 Forums

praktik said:
Joe Rogan has a great quality for hanging out and shooting the shit: a very open mind. Helps out as a radio host too right.

It's also a problem for him - makes him credulous of things that dont deserve it
Click to expand...