what happened to it anyhow?
B

A valve broke and it bounced around the cylinder till it went boom.
I

I'm sure it didn't take long for that!
V

coleridge said:
Why is this a general life story I hear from everyone who's ever owned a BMW and why do you continue to buy them?

I'm asking as a person who really wants to buy a BMW but all I hear or read is about how terrible they are for reliability.
Click to expand...

Although my experience does not include any of the FI (turbo) models I had pretty much zero issues having driven BMWs from late 2005 through early 2013. The only thing that really stands out was a check engine light on my 2008 M3 shortly after delivery that was fixed by replacing some sensors. My sample size is small of course and I never put heavy mileage on any of my cars either.

Per JD Power looks like BMW is above average for initial quality but only average for dependability... they are not Lexus by any means but their cars are also a hell of a lot more interesting to drive so fair trade off IMO.

There is however upside in that BMW is (or at least, was) the last manufacturer to offer no charge scheduled maintenance during the warranty period... in 8 years or so I spent $0 on automotive maintenance/service so no complaints. For a new car that is usually only an oil change per year but still, with German cars an oil change at the dealer can be pricey (see 9 litres of 10w60 at $15-20/litre in my M3 plus filter/labour). Figure it will save $200-300 per year or so... which is of course offset by the BMW price premium over the competition.

That said the HPFP issues on the N54 (and N55 I believe) were extremely widespread and lead to a fairly significant recall... I remember it was a huge deal 4-5 years ago but not sure if it continues to be an issue. Could be what you're referring to?

Long way of saying I wouldn't let quality concerns prevent me from driving a BMW. Just lease and ditch it after 3-4 years and you'll be golden...

Balzz said:
Had a visit today...this is gonna be a long few days before I pick it up.
Click to expand...

that car is fucking serious bidness.
one of my dream sedans ( familymobile ) would be the M6 Gran Sedan.

Balzz.....Unless you're still in bed you should be picking up the car by now no? 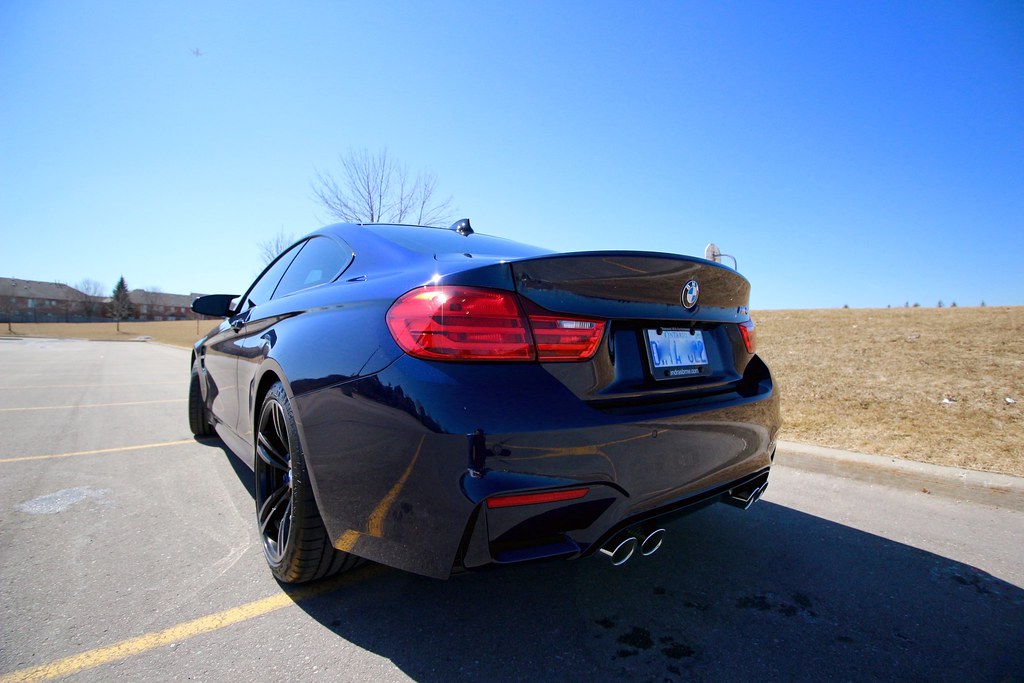 Balzz...that car is simply amazing! After reading your post about your trade in my wife and I spent some time on youtube looking up the new M3/4. Absolutely beautiful cars. May have to add that to the wish list for the next vehicle.

I especially like this color and the concave wheels. Just finishes the car off so nicely.

These questions have popped up recently on a few car forums. Usually sparks some good conversation and its interesting to see others thoughts...

Let's say you had a three-car garage. How would you fill it? Of course, the parameters:

And the catch: One of the daily drivers has to be practical. Go!

Thanks guys, I haven't stopped grinning.

And for Fillmore's game

1) GT3 RS (there really is no other choice here, anything else anyone chooses sucks. sorrynotsorry)
2) X5M
3) P85D
I

Fillmore said:
These questions have popped up recently on a few car forums. Usually sparks some good conversation and its interesting to see others thoughts...

Let's say you had a three-car garage. How would you fill it? Of course, the parameters:

And the catch: One of the daily drivers has to be practical. Go!
Click to expand...

Well it just so happens I DO have a 3 car garage and here's how I filled it.

If I had to fill it with someone else's money I might do it differently:

Fillmore said:
Let's say you had a three-car garage. How would you fill it? Of course, the parameters:

And the catch: One of the daily drivers has to be practical. Go!
Click to expand...

lurking on a slow day I figured I'd add here. (Beautiful M4 btw I had a 3 series in that blue and it's still my favourite factory colour from any automaker)

Hrrrmmm since we will live in a condo , i dont see us owning more than one vehicle due to location being optimal for TTC commuting for S/O, and biking for me most days i can.

but if i did have that garage

haha 4 bikes in one parking spot! Love it.

Fillmore said:
haha 4 bikes in one parking spot! Love it.

no they've made it pretty much from the 70s until the last couple of years. the 5 series in NA now has the "gt" body style which looks kind of like an x6 thats been shrunk. I like the e60 and also the previous generation so I wouldn't be terribly choosey. Also from my experience with bmw the less tech-heavy the car is the less time I will spend in their shuttle bus to work.

I'm divided now. I want to add stuff on there like an Ariel Atom, a Koenigsegg agera R, and... I dunno. That 6-wheeled Mercedes would be neat for the wife (i.e. our winter vehicle), but the practicality goes out the window -you'd never be able to park in a parkade for the rest of your life.

I think if I could afford those cars then I wouldn't want to live in Ontario. It's way too flat and straight. Give me those California corners!

But who am I kidding, I don't even own a vehicle at the moment, I shouldn't even be posting in this thread.

Btw, what are everyone's thoughts on the WRX STI's? Are they worth the hoopla? Fun to drive in comparison to other things you're driving now? And while we're on the subject of dream cars... what car would you drive around North America in? I'm talking like... Toronto --> Alaska --> California --> Utah --> Florida --> New England --> Newfoundland --> Back home.