The dominos are lining up for an invasion or bombing of Iran...

I love war n strife, put another dime in the jukebox baby

Nah... All is well. He’ll wait until tomorrow to see what Fox and Friends have to say before bungling his half-baked, too-late, non-committal response to the latest dumpster fire he’s started.


About the dead General. Never heard of him before his death, so it was quite interesting. 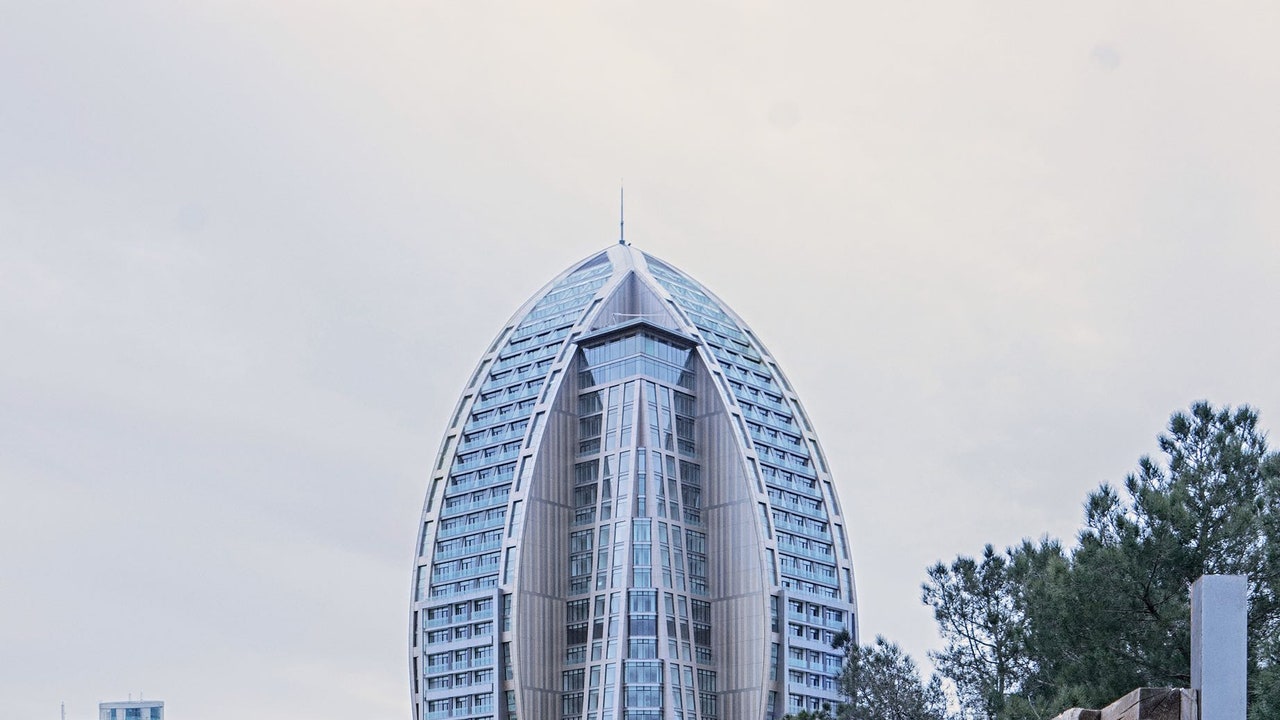 The President helped build a hotel in Azerbaijan that appears to be a corrupt operation engineered by oligarchs tied to Iran’s Revolutionary Guard.

Iran told Iraq. Iraq told the US. This is nothing more than an extension of the tit-for-tat pissing match that’s been going on for decades. The US need the bogeymen (Iran/NK) as much as the bogeymen need the US. Iran fires a multitude of missiles at targets which should have been full of US and coalition troops. Response? “Luckily, nobody was killed and it’s over”. That’s not a proper response, by any stretch. It’s toothless and cowardly. I can’t imagine how the soldiers at those bases must feel, being used as pawns and left abandoned and toothless by their Commander-In-Chief. 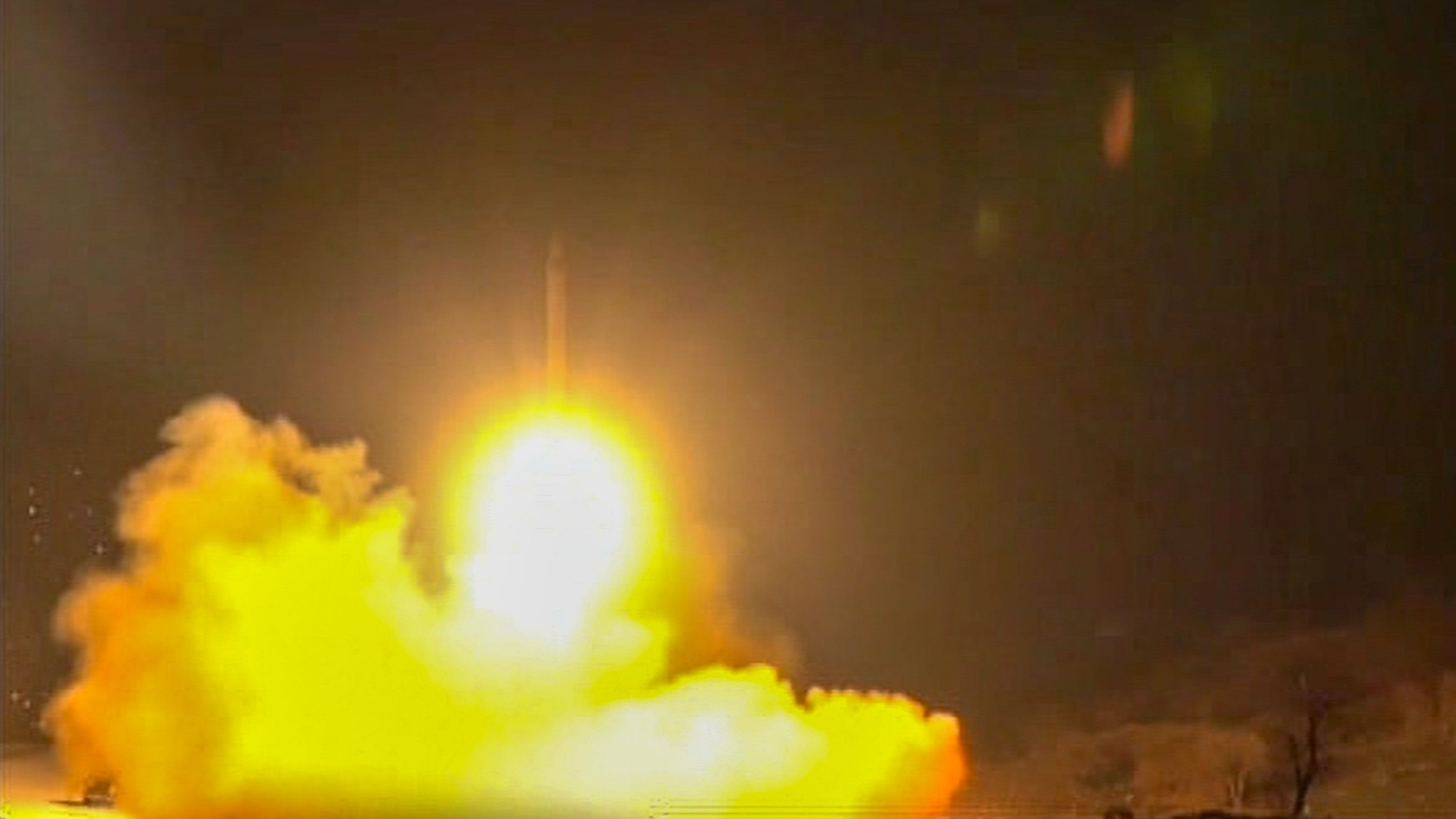 US knew Iranian missiles were coming ahead of strike; Trump announces new sanctions

There are, however, many photos of the seemingly full and intact bodies of the victims, in bags. Do bodies that blow up in the air and fall to the ground remain intact?

...and cue the conspiracies. Wouldn’t be the first time Iran shit down a passenger plane.

A passenger plane crash in Iran claimed 176 lives on Wednesday — 63 of them Canadian.

Trump’s remarks this morning show that his Iran policy remains as blinkered and reckless as ever. Following the Iranian retaliation last night that caused no casualties, the president does not appear to be escalating the conflict further for the moment. Then again, there would have been no conflict at all were it not for the president’s excessive and illegal actions over the last week. Trump’s remarks were representative of his Iran policy: dishonest and blinkered.

The speech began with his bizarre statement that “Iran will never be allowed to have a nuclear weapon,” but then there is currently no danger that Iran will develop a nuclear weapon. The main reason for that is still the JCPOA that he has worked overtime to destroy. This first line sets tone for the propaganda that follows. The president’s Iran policy is founded on a lie that one of the most successful nonproliferation agreements of all time is “defective,” and that misinforms and warps everything else. It is not possible for a policy to be effective or sound when it is based on such a ridiculous falsehood.

Trump’s justification for assassinating Soleimani leans heavily on describing him as a terrorist, but this ignores that he was a state actor serving in a branch of the Iranian military. This erases the very important distinction between targeting non-state terrorists and members of another country’s military, and choosing to ignore that distinction is what so dangerously escalated tensions with Iran over the last few days. The president doesn’t even attempt to offer a legal justification for what he did, because it was plainly illegal and the president obviously couldn’t care less about the law in any case.

The same bankrupt policy of economic warfare and collective punishment that brought the U.S. and Iran to this point remains unchanged. Trump reiterates his support for this failed policy again in the speech:

As we continue to evaluate options in response to Iranian aggression, the United States will immediately impose additional punishing economic sanctions on the Iranian regime. These powerful sanctions will remain until Iran changes its behavior.
Click to expand...

Trump has piled on so many sanctions already that there is little more strangling of the Iranian economy to be done, but the insistence on adding even more sanctions in the wake of the last two weeks proves that the president and his administration are incapable of learning from their failures. It should be obvious to everyone now that the only changes in Iranian behavior over the last eighteen months have been to respond more forcefully to U.S. provocations and economic warfare. When Trump says that sanctions will remain until Iran “changes its behavior,” he is saying that the sanctions will remain in place forever. The unrealistic and maximalist goals that have defined Trump’s Iran policy remain an insurmountable obstacle to any constructive diplomacy, and the president shows no sign of altering them. The suggestion that there are additional “options” under consideration is a worrisome sign that the situation could deteriorate again very quickly.

The speech was full of the usual lies and inaccuracies that we hear about the nuclear deal. Trump refers to the mythical $150 billion that Iran was supposedly “given,” but in reality sanctions relief provided a much smaller amount of Iran’s money and most of that money was not used to support its regional activities. Trump’s preoccupation with the money that came with sanctions relief is a reminder that he and other Iran hawks are reflexively opposed to giving Iran any sanctions relief, and that is how we can be certain that their interest in a so-called “better deal” is just so much hot air. If someone is angry about sanctions relief as part of the nuclear deal, he doesn’t want any agreement at all.

He asserts that Iran is responsible for “creating hell” in Yemen, which is a particularly galling line coming from a president who has eagerly supported the Saudi coalition’s destructive war there and who has resisted every effort to end U.S. support for the wrecking and starvation of Yemen. Trump also claimed that “Iran’s hostilities substantially increased after the foolish Iran nuclear deal was signed in 2013.” He gets the date of the agreement wrong, and he misrepresents the record. The JCPOA was concluded in 2015, and over the next several years there was no notable increase in Iran’s activities. All of the Iranian actions Trump cites came after he reneged on the agreement, and they happened in direct response to the economic war that he has been waging. “Maximum pressure” has generated predictable resistance, and then Trump dishonestly claims that Iran’s response to sanctions was a result of the earlier deal that he violated.

Trump declares that Iran “must abandon its nuclear ambitions,” but Iran has no such ambitions to abandon. The president’s mindless hostility to the JCPOA has led him to undermine and damage a highly successful nonproliferation agreement and create a crisis with Iran out of a delusional belief shared with other Iran hawks that severely restricting Iran’s nuclear program amounts to assisting them in obtaining a nuclear weapon. Trump has wreaked havoc on the Iranian economy, sabotaged the JCPOA, and taken the U.S. to the brink of war more than once in pursuit of an irrational fixation with “solving” a problem that had already been successfully managed. Once again, none of this had to happen, and all of it stems from the president’s choice to trash a successful agreement and attack the Iranian people with sanctions.

The president’s rhetoric about “making a deal” is obviously hollow, and there is no reason to take it any more seriously now than we have in the past. Following last week’s attack and the political backlash inside Iran against it, the prospect of negotiating with the U.S. under this president is more radioactive than ever. European governments have no incentive to ditch the JCPOA now, and last week’s attack gives Russia and China another reason to offer political and economic support to Iran. His appeal to the Iranian people is likewise empty. The economic war, the travel ban, and his threats against Iranian culture all prove that he has nothing but contempt for the Iranian people and their country.

The president committed a reckless and illegal act of war last week. We are fortunate that both governments have refrained from further escalation so far, but the potential for miscalculation and conflict remains great. The president made an extremely dangerous decision in violation of the Constitution. He has to be held accountable and put in check, and if he isn’t there will be nothing to prevent him from ordering more illegal attacks in the future.

Still just a pissing match. Unnecessary, at that. Trump only cares about his image and what people think about him. He’s happy when they bluster to his ego. That’s a global thing. We’re talking about global affairs now. He’s already addressed this domestically. He LOVES the uneducated.

Mondieu said:
Still just a pissing match. Unnecessary, at that. Trump only cares about his image and what people think about him. He’s happy when they bluster to his ego. That’s a global thing. We’re talking about global affairs now. He’s already addressed this domestically. He LOVES the uneducated.
Click to expand...

Totally, but goes to how shit and amateur the Trump admin is, like if you're operating at a high level and have smart people they can ace the briefings and not piss people off unnecessarily - the reaction tonight after the briefing is just another obvious sign of Trump incompetence and the inability of the admin and its people to imagine how people might fucking react to what the fuck they do! 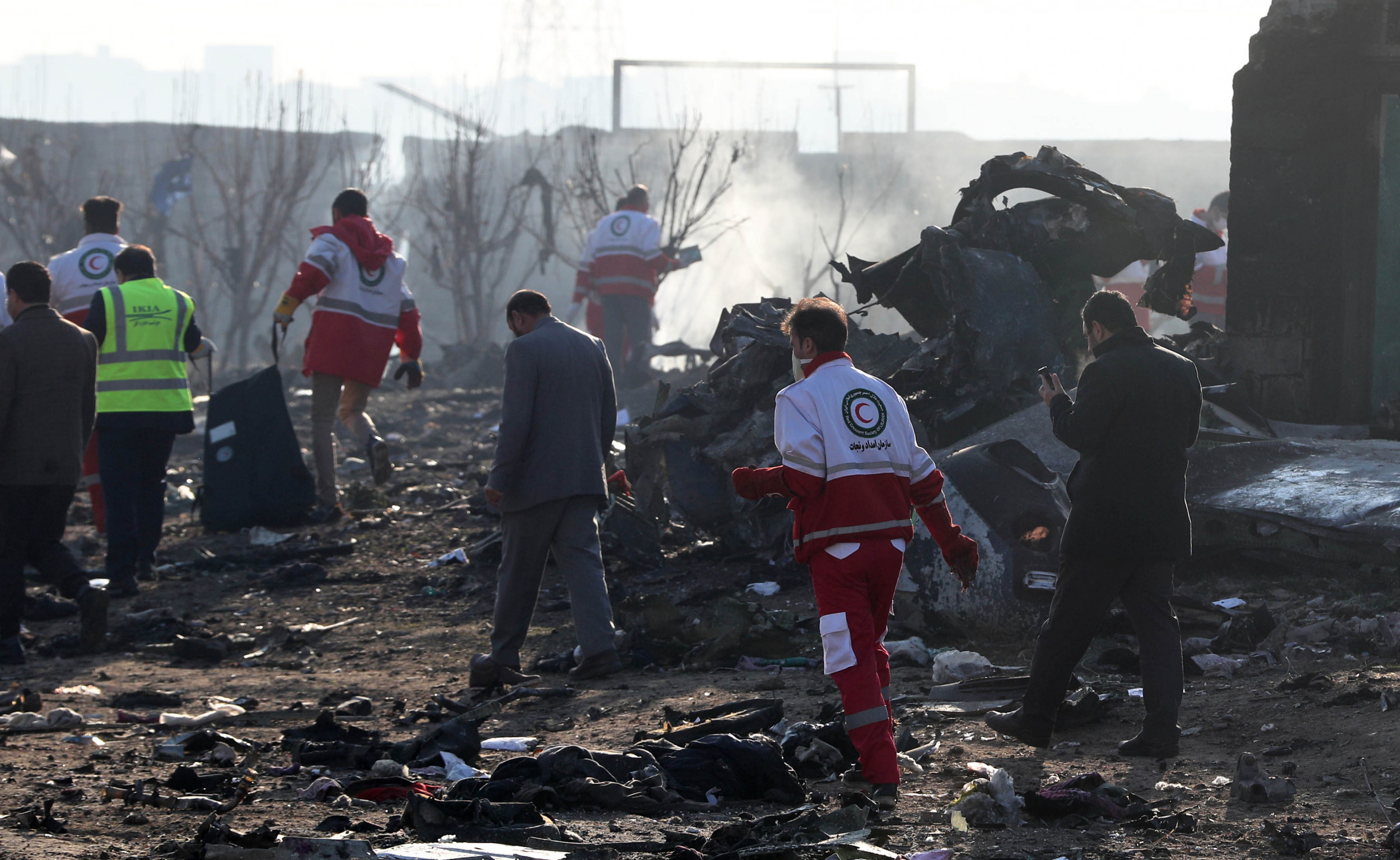 Ukraine International Airlines Flight 752 is believed to have been struck by a Russia-built Tor-M1 surface-to-air missile system, known to NATO as Gauntlet, two U.S. and one Iraqi official told Newsweek.
www.newsweek.com

Ukraine International Airlines Flight 752 is believed to have been struck by a Russia-built Tor-M1 surface-to-air missile system, known to NATO as Gauntlet, two U.S. and one Iraqi official told Newsweek.
www.newsweek.com
Click to expand...

Thanks for the escalation Trump - you ended up unleashing a chain of events that took out 63 canadians.

praktik said:
Thanks for the escalation Trump - you ended up unleashing a chain of events that took out 63 canadians.
Click to expand...

Blood on his hands, for sure. ...and on the hands of the GOP and EVERY waste-case, fuck-tard American that voted for him and still supports him.

Also on the list - Spaboy, JamesM and the other shit-stain motherfuckers around here who spouted support for the clown and then ran away, like little bitches. Fuck the lot of you lippy, keyboard warrior pussies.
Last edited: Jan 9, 2020

People, people. Trump should be acclaimed. He got Iran to stand down. He deescalated the situation.

everybody ready for the next wave of freedom to wash away the badness?

It's amazing how Trump supporters are completely trusting the intelligence community for this, but everything else they've said is full of shite.