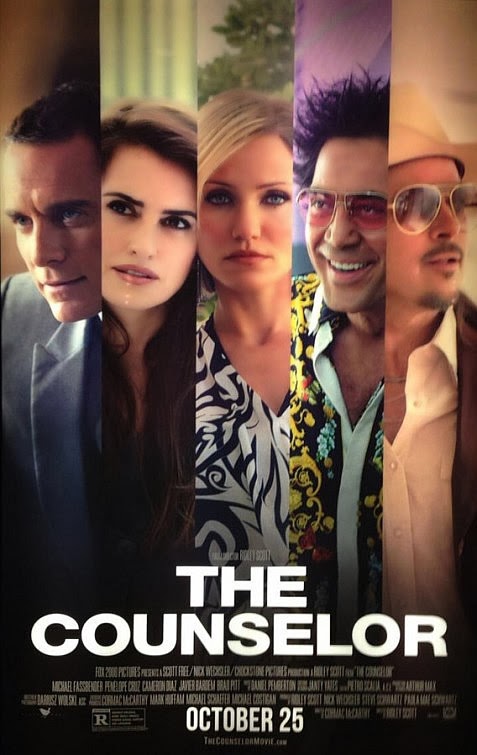 OK, was it just me, or did anyone else find the acting in the movie really weird?

It wasn't so much dialogue as it was characters giving speeches to one another. Really strange.

The speech about Cameron Diaz fucking the Ferrari gave me new respect for aquarium sucker fishes however...

pls stop with these threads they just make it harder to come back here
Last edited: Jun 23, 2014
P

you know, we DO have a movie thread to discuss these lacklustre movies.

Ya i reviewed it there too.

A few good scenes but then collapsed under its own weight...

It's a beautiful looking movie that really needed a re-write and shouldn't have revealed the betrayal so early in the film.

Michael Mann should have gotten a hold of the screenplay, given it a re-write with Cormac McCarthy and probably Mann should have directed it. Ridley Scott has the look down, but all the actors feel like props to accompany all the gratuitous product placements of all the luxury items that are on display.

There's a really good thriller in the story itself, but it's so uneven and devoid of any suspense, it kind of makes it pointless.

I agree, it was nicely produced and some scenes were actually interesting but overall it seemed.... indulgent. Wasn't it Ridley Scott?

Ridley might just be getting a bit long in the tooth I think. Maybe not doing enough drugs anymore or something.

The ingredients were a recipe for greatness but they def came up with less than they went in with..

praktik said:
Ridley might just be getting a bit long in the tooth I think. Maybe not doing enough drugs anymore or something.

The ingredients were a recipe for greatness but they def came up with less than they went in with..
Click to expand...

calling it a mess is giving a bad name to mess

watch Layer Cake, that is a great movie

Ya I think I liked The Counselor a bit more than some, but maybe I found those few shining moments and performances in the middle of the bullshit somehow worth it.

I guess I'm a fan of that type of material. Still, mediocre at best.

praktik said:
Ridley might just be getting a bit long in the tooth I think. Maybe not doing enough drugs anymore or something.
Click to expand...

I'm not quite convinced he's done yet - Prometheus showed that he can still deliver some quality (if somewhat flawed) product when he's properly engaged. This I see being a similar cousin to what he pulled off with Prometheus.

I'm hoping the Prometheus sequel gets him back on track. He's always had a bit of a spotty career and gets a lot of goodwill for having done Alien and Blade Runner.

I think Prometheus was severely underrated - but some of the misses show a dulling edge.

That said - there's a craft to his work and an artist at play which always comes through. He could find his way again for sure.

I had hopes for this being a Cormac McCarthy fan and with the cast, but James has an interesting idea in this being a much better movie in Michael Mann's hands, whose stuff I like and I think fits. Seemed like a lot of trademark McCarthy ultraviolence and darkness without any payoff.
You must log in or register to reply here.
Share:
Twitter Reddit Pinterest Tumblr WhatsApp Email Link
Top