It all comes down to this! We'll admit, this was kind of a bad year for hip-hop. There weren't very many great releases, which kinds of led to a slimmed down version of this usually bigger list. However the good stuff was really good, so we guess it kind of evens out. This is just our humble list of opinions - not meant to be taken as scripture, but we definitely recommend at least checking everything on here out before dissing us for picking it. Let's begin.

THE TEN BEST MAJOR LABEL LP'S OF THE YEAR

THE TEN BEST INDY LABEL LP'S OF THE YEAR

THE FIVE BEST "HIP-HOP ALTERNATIVES" OF THE YEAR

THE TEN BEST MAJOR LABEL SINGLES OF THE YEAR

THE TEN BEST "NOT QUITE HIP-HOP" SINGLES OF THE YEAR

THE FIVE WORST SONGS OF THE YEAR

THE TOP FIVE MAJOR LABEL MC'S OF THE YEAR

THE TOP FIVE INDY MC'S OF THE YEAR

THE TOP FIVE MAINSTREAM PRODUCERS OF THE YEAR

THE TOP FIVE UNDERGROUND PRODUCERS OF THE YEAR

THE FIVE BEST COMEBACKS OF THE YEAR

1. Mike Jones' Mobile Phone Bill
It seems as if Mike Jones - the Houston rapper who shouted out his personal phone number in several of his songs, not to mention printing it on his album cover and t-shirts, didn't really look for the best mobile minutes plan before doing so. The rapper was hit with a $250,000 Sprint bill, thanks to the hundreds of thousands of hangers-on who wanted to be weird and call a celebrity that they don't know. Maybe his album should have been called "What Is Mike Jones' Phone Number?".

2. Not Very Slim Slim Thug Names His Still Not Platinum Album, "Already Platinum"
Bad move, fella. You can file this under other famous last words in hip-hop, such as Dr. Dre proclaiming "I don't smoke weed or cess / because it gives a brother brain damage / and brain damage on the mic don't manage" and then releasing "The Chronic", or Large Professor frequently dropping "Main Source forever," just before the group's break-up. We guess it kind of fits, if by "Already Platinum", he meant "fucking delusional".

3. DJ Green Lantern Is Filmed Betraying 50 Cent
DJ Green Lantern was fired as Eminem's deejay, because he accidentally was caught on videotape telling Jadakiss what 50 Cent had planned to do next, during the two rappers short-lived lyrical fued. The footage was shown one of those hood mixtape DVD's, was eventually seen by 50, thus leading to his termination. G.L. however saved face by delivering the incredible Fort Minor "We Major" mixtape a few months later.

4. Puffy Redefines The Word "Duets" for 2006! Bad Boy! What!?!?
Do you know how big of a celebrity Diddy is? He was able to make the word "duets" - which in music, usually refers to a coupling of two artists performing together - mean something entirely different! With Bad Boy's half-assed, recycled B.I.G. release entitled "Duets", all but three songs on the 20+ track LP featured at least three artists. Maybe "Trios" or "Collabos" would have been better titles. Or even, "Shitty Biggie Album".

5. Houston, Eye Have A Problem
Eye jammie! A suicide attempt is nothing to joke about, but damn, Houston gouging his own eye out during an unsuccessful one, surely can be chalked up to some dumb shit. We don't know how bad his personal life is/was, but the kid had a hit single on the radio and lots of potential. Now, instead he has to explain to his fans why his "Eye Like That".

THE TOP FIVE BITCH MOVES OF THE YEAR

1. Dave Mays Gives Lil Kim's Manager 5 Orgasms, Mics
Not that we are at all surprised at The Source's backwards-ass ratings scale these days, but they delivered the shocker of the year when they awarded Lil' Kim's lousy "The Naked Truth", a perfect, 5 Mic rating. Especially considering allegedly Source owner, Dave Mays, is in bed with Kim's manager, Hillary Weston. And by "in bed", we mean "honey, you're stealing all of the covers". That's bed sheets, not magazine covers (or is it?).

2. Little Brother: Too Smart For T.V.
So we all know that BET isn't exactly the station it was a decade ago, but damn. They had already shunned De La Soul and The Beatnuts for not being "culturally relevant" to their audience in 2004, but their next bad executive decision in 2005 was even worse. After deciding not to air Little Brother's "Lovin It" video despite the fact the album was receiving ridiculous critical acclaim - they allegedly went out on a limb and called the video "too intelligent" for it's audience. What does that say about you as a viewer? Maybe Little Brother's album title hit a little too close to home for the folks at BET - art imitating life and all. Granted, they did end up deciding to air the video - FOUR MONTHS LATER! Fuckers.

3. Shortsighted 50 Cent Creates Beef With His Most Commercially Viable Artist
Always a hog for the spotlight, in order to create some extra press for his upcoming album, "The Massacre", 50 created a beef with his own artist, The Game, possibly because Game was generating crazy buzz on his already released "The Documentary". 50 even went out on a limb, threatening his bosses, Dr. Dre and Eminem, saying that if they didn't side with him, he'd sign to another label. This of course, led to Game's defection from G-Unit, and a host of bad mixtape dis records from both parties.

4. Benzino: More Fun Than A Barrel of Slut-Monkeys
Yet another publication talked bad about The Source, but for some reason this particular one really pissed Benzino off. Maybe dude was on the rag, but he totally flipped on editor of Ozone Magazine's (Julia Beverly) voicemail. Mind you that Beverly is a pretty small, nerdy looking white chick, one who Zno went off on like she was a dude. Aside from telling the "cracker" he'd "spit in her face", he suggested other colorful euphemisms that might work as good evidence in the pending sexual harrassment suit with Kim Osario. While Benzino thought this was a pretty private voicemail, Ozone Magazine put the audio on their website for all to hear - Benzino's cel phone number included (Mike Jones!). Taking it to a whole new level, Funkmaster Flex then broadcasted the message multiple times on Hot 97 radio, calling him "disgusting". Who's the "Slut Monkey" now?

5. Author Karrine "Superhead" Steffans, Gets Rich, Syphilis
Karrine "Superhead" Steffans (um, the "superhead" part is not because she's smart), is an admitted rap groupie, who in her book, "Confessions of A Video Vixen" confesses to having sex with just about every major hip-hop artist out there. It's sad to know that she made a bunch of money off of this, while respectable women still walk around struggling. A true bitch move.

And on with the disclaimer. No, we don't have anything against homosexuals, and no, we don't think these rappers are gay, but given the fact that there is so much machismo and homophobia in hip-hop, you'd think these tough guy hetero rappers would rethink some of these lyrics before spitting them. Hmm, two for 50â€¦.

1. "Yayo, bring the condoms, I'm in room 203" - 50 Cent "Piggy Bank"
There really is no getting around this one. 50 could have at least said "WE'RE in room 203'" to imply that there were some females present. Note to 50: when you're making a dis track about how all the other rappers aren't as bad-ass as you, be sure to make sure there's no accidental disses to yourself in there.

2. "I read somewhere I'm homophobic, shit / go through the hood, there's mad niggas on my dick" - 50 Cent - "Ryder Music"
Um, yeah. We don't know exactly what Fiddy was trying to say with this line, but again, quite gay. The ladies love him, and if that's not enough, apparently so do all of the men.

3. "If you really want to hold me, show me, homie" - Mike Shinoda of Fort Minor - "Petrified"
We feel bad for including this one, because we love the Fort Minor record, but this is all in good fun. However, it should be noted that the song is called "Petrified".

4. "Lets eat and talk about all them niggaz we cut" - Lil Wayne - "The Mobb"
Damn, if you are from the South, you should know that "cut" is a commonly used homonym (heh) for "fuck". That's why we found it particularly sloppy for the often shirtless Wanye to suggest to his homies that they should gather around the dinner table to reminisce on all the men they "cut". Whoops.

5. "Ride solo I don't trust ya'll niggas / and if you get outta line I'll touch you niggas - Slim Thug - "The Interview"
Yeah, we know, he meant "touch" like "hurt", but damn, in the interests of good old fashioned American homophobia, maybe guys like Slim Thug should consider the alternative. Or maybe he already has! (Cue "Twighlight Zone" theme).

THE FIVE MOST DISAPPOINTING ALBUMS OF THE YEAR

ROOKIES OF THE YEAR

60 REASONS TO LIVE ANOTHER YEAR (IN NO PARTICULAR ORDER)
This is just a partial, stream-of-consciousness list of releases set to drop in 2006. This isn't everything, it's just what came to us when we were scrambling to get this list to you in time for New Years Day. 1/3 of these will never see release in '06, 1/4 of them will never see the light of day period. Scary.

it's all about the new ghostface LP.

Interesting read
unfortunatly i dont have enough time here at work.
A

Hollaback Girl was brutal, I seriously can't believe they included that crap in the "Ten Best Not Quite Hip Hoop Tracks". imo it's right up there with the ever craptacular "My Humps" by BEP
D

Originally posted by Amy_J
Hollaback Girl was brutal, I seriously can't believe they included that crap in the "Ten Best Not Quite Hip Hoop Tracks". imo it's right up there with the ever craptacular "My Humps" by BEP
Click to expand...

Unfortunately there are allot of people who are afraid to listen to anything other then the spectrum available on top 40 radio. It makes them feel special when they go to the clubs and are able to sing along with a song when intoxicated. Every word and hymn has been chiseled in their heads from repetitive abuse.

The revolution will not be televised.

HipHopSite simply has to give the respect to the songs by means of record sales and "buzz".

Truthfully, the songs are shallow and weak, but if it gets a hot chick to move for me, hell, I'll pretend like I dig it. haha

Entertaining read!
Thanks for posting it.
E

read this every year... HHS is always on point with there reviews...

let's hope they talk skillz into doing the rap-up again...

Originally posted by Stormshadow
Entertaining read!
Thanks for posting it.
Click to expand...


looking forward to all of these
S 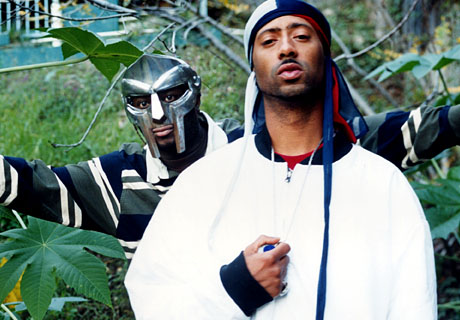 I have a promo of 'Donuts'...love it!
Some funky ass shit from J.
D

Originally posted by Stormshadow
I have a promo of 'Donuts'...love it!
Some funky ass shit from J.
Click to expand...

hook it up, son

still waiting for it on slsk
S

Originally posted by djdeposit
Everyone,

no way I will be disappointed. not possible.
D

Originally posted by terrawrist III
hook it up, son

still waiting for it on slsk
Click to expand...

wowzers!
get it yet?