It's common knowledge that vinyl DJs everywhere prefer to use the Technics SL-1200 turntable. This is due to the powerful direct-drive motor that allows for optimal performance when mixing or scratching. It's been nearly 7 years since the Technics SL-1200's were discontinued and since then you can find prices on online marketplaces that are through the roof. That's all seemingly about to change as Panasonic has announced the return of the iconic turntable with the Grand Class Technics SL-1200G and limited edition Grand Class SL-1200GAE.


Announced today at CES, Panasonic has revealed the new version of the SL-1200 series. From what we can tell from the "new" design is that they didn't really mess with it at all and have kept the classic look and feel of the original. What Panasonic has done to the turntable is update the direct drive motor to eliminate vibrations that may occur.

"In the SL-1200GAE, the use of a newly developed coreless direct-drive motor with no iron core eliminates cogging. Also, the twin-rotor construction reduces the bearing load while maintaining high torque, and also reduces minute vibration during rotation."

it's so purty
O

any guesses on price? I've been looking for a vintage pair online and the cost seems to have really soared, to my surprise

I still use one of my 1200's as my reference turntable for my main listening system. Upgraded the needle to a premium model, but after going through a number of different options (Rega, linn, etc) I haven't found anything that can track like my 1200.

I'm sure if I was willing to venture into the realm of truly hi end audio I'd find something better but I just can't give up my 12's.

Hipsters are so fickle, they had to cancel them to begin with.

Now everyone wants them again. Unless they start ripping out the CDJ's out of the clubs, this will go on forever. Too easy to bring a thumb drive, then pay $120 every week at play de record.

oeretS said:
any guesses on price? I've been looking for a vintage pair online and the cost seems to have really soared, to my surprise

If they're under $500 each I'd probably buy em but something tells me they'll be more
Click to expand...

Used to have 3, ended up selling them. But we purchased two used mint condition ones a few years ago for $800 for the pair when everyone ditched them the last time.

Then everyone sold their entire record collections to get out.

Just they're kicking their asses now. Now everyone's going to keep their tables, so it's probably $600 a table used, at least. We sold ours for around that price when they were still popular.

Yeah I'm inclined to agree, probably $900 each... The good news is that used models will probably go down in price again after this release

sell now if you were thinking about doing it with any old 12 you have!

I of course, will be keeping both my record collection and my two 12's!

I checked on both craigslist and kijjji and was surprised to see not many being sold. One one craigslist and a few ultra expensive ones on kijji. One dude wanted 10 grand for a gold one.

tec's have been steady at around 1100 a pair for used.
i dont think i know of one person who has actually bought a pair brand new. ha!
my brother got a massive score from some banking dude who's gf said no dice to turntables years ago

hope they fixed the RCA outputs!
people have made a good little business out of replacing those

I was able to pick up a pair in decent shape for $400 about 3 years ago. It's about the only time I've ever been on the right side of a price fluctuation...

obscene, but I think that's for the limited edition that comes out first, which will be snapped up by rich nerds. The regular one won't be that much but it'll probably be stupid expensive too... bummer

man I wish I picked up some 12s a couple years ago when prices hit rock bottom ... never on the right wave of these price fluctuations. In fact, I almost always do exactly the opposite of what I should ...

I had one of the original 1200's in silver many many years ago.

Moved out west and left it with a friend for safe keeping. He ended up selling it at a pawn shop for next to nothing for beer money.

I still have my black ones and will never let them go. Not that they get much use these days but they are the work horse whenever I need a vinyl fix.

ndrwrld said:
i bet that price of 4 grand for these is pretty close.
the limited versions ( only 1200 to be made ) i bet go for close to 15 grand...just a guess.
Click to expand...

And I'm sure the limited editions never hit the market for you and I to buy them, will already be sold to a select few and will fetch 25k + when the owners decide to sell.

Really no different than a limited release of sneakers, clothes, or a car.

After 25+ years of working my 12's, I have no interest in changing anything. And for what it's worth, I would be very surprised if the build and performance even comes close to the original design.

My vintage Linn Sondek still fetches premium $$$ because the original design was the best. Then everyone figured out we could mass market a product and the quality when for a shit.
O

anyone tried the Pioneer PLX-1000? I've heard this one resembles the 1200 in build and feel, but who the fuck knows about durability 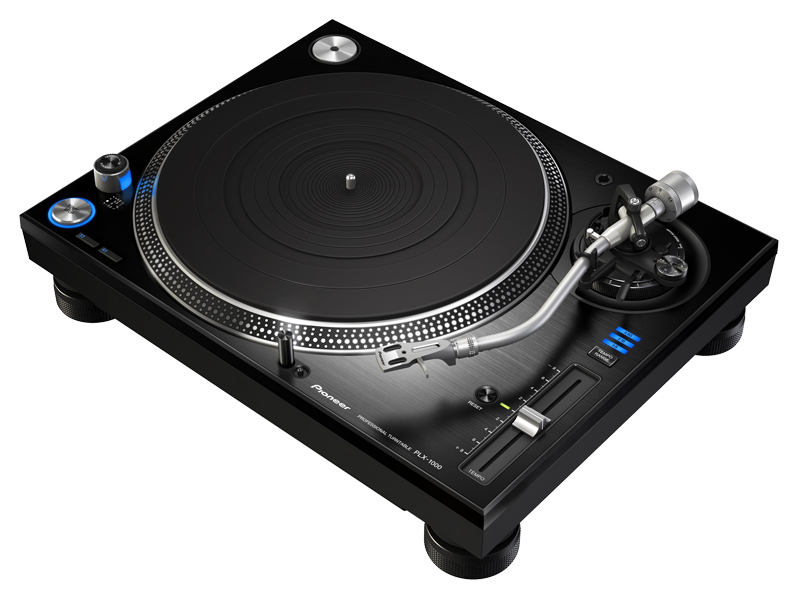 ^^ And here is why Panasonic is getting back into the game, they left that niche wide open for a competitor!

oeretS said:
anyone tried the Pioneer PLX-1000? I've heard this one resembles the 1200 in build and feel, but who the fuck knows about durability

Dj Jazzy Jeff was commenting on this:

Everyone is posting the return of the 1200. I have a different feeling about this. Trust me these have been the cornerstone of every DJ for the past 30 years and I don't know how life would have been without them...BUT they were never intended for us to DJ on...they never really gave support to the DJ community. They have been discontinued and relaunched 100 times even if it has been urban legend. I bought my 1st pair for $245.00 from Sound of Market in Philly and saw them get to over $1000.00 because of the fear they would go away forever. Vestex,Stanton ect have tried to replace them but never quite could. Then the patent runs out and we get the Pioneer Turntable which with my eyes closed I can't tell the difference...costing less than half the price with all the little upgrades and from a company that kinda gives a shit about DJs! So before I get super hyped about the return of the 1200...lemme make sure there gonna care about who's using them and there not $2000.00!!! Time will tell!!! Just MY thoughts!
Click to expand...

Pretty expensive Traktor/Serator controllers if you ask me.

Finn says: "SL-1200G my ass. More like a grand class in turning a whole culture into some handcrafted pulled kobe beef burger gentrification. I sense the DJs they had in mind. And I do not want to hear them play."

It's a bit of a heartbreaking situation. I've got ours in storage. No way they're going anywhere.

If those jerk off's want to literally sell them for that much... But I think once they wrap their head around it, it will be $900 again.