And we’re back up for season # 3,242 or maybe it just feels that way. Instead it’s season 33 and here are our Cast Members:

Here’s my friend Paul's amateur ramblings about who’s up to bat this season:

Mary – 31 yr old ‘Gamer’, was in ballet for 25 years and now plays video games for a living. Has climbed Mount Kilimanjaro. Could be good but her aggressiveness could rub people the wrong way.

Zeke – 28 yr old Asset manager. From his interview results, he’s a funny guy. But he’s talking about lying and manipulating and that’s a risky road to go down even if it has worked for some.

David – 42 yr old Television writer, this guy is doomed. The three words he chose to describe himself were OCD, nervous and paranoid. He relates to guys that don’t fit in. He wants to use Survivor to overcome his fears and anxiety. Again, doomed.

Lucy – 42 yr old Dietician, her three words were stubborn hardworking and controlling. Yikes. She is going to make people angry. Also, she looks mean in her picture.

Paul – 52 yr old Boat mechanic, he looks to be the oldest. He’s also the most concise as his survey us about 10% the size of everyone else. Describes himself as intimidating. I am dubious on all levels.

Jessica – 37 yr old Assistant district attorney, she seems pretty smart and capable, but lawyers can be difficult if they can’t get along with the rest of the tribe. Probably Tony’s best shot though.

Taylor – 24 yr old Snowboard instructor. Sigh. This guy is going to work my last nerve. Apparently his generation “invented the words sicky sicky, gnar gnar, rachet, clutch, bae and LOL” to which I would reply that several of those aren’t words, and clutch has been around long before this guy. Just ask any baseball writer that likes small white guys.

Chris – 38 yr old Trial lawyer, lawyer with an ego and talky. When asked for three words he said, “Super competitive because I don’t lose, tenacious because I never give up and I’m a fighter” which you may realize is more than three words. Also talks about how his hometown had a sign that said “The home of Chris Hammons”. Why bring this up???

Jay – 27 yr old Real estate agent, and he gets a veto from me because he picks Russell Hantz as the survivor he’s most like. DO NOT ANSWER RUSSELL HANTZ TO THIS QUESTION. And then he picks eternally clueless Woo as his second choice. Bleh to this guy.

Michaela – 25 yr old Vacation club sales. Does this mean she sells timeshares? Her hobbies include eating and cuddling. Um. Yeah. She talks about God more than the missionary recruiter.

Will – 18 yr old High school student. This guy was only 2 years old when the first Survivor aired. Youngest ever Survivor. Why is a high school student allowed on the show? I do not think he will be good at this.

Hannah – 24 yr old Barista. When asked why she thinks she’ll survive, she answered “I probably won’t. I’ve tripped walking down a sidewalk, so imagine that person in the wilderness.” Good luck to her.

Figgy – 23 yr old Bartender. Describes herself as a free spirit which is a red flag. Otherwise seems ok, other than that her nickname is Figgy.

CeCe – 39 yr old Insurance adjuster. Hard worker who’s in it for the money to provide for her family.

Sunday – 45 yr old Youth pastor. Lots of overtly religious people this time it seems. Describes herself as bossy which is not good. Dubious.

Bret – 42 yr old Police sergeant. He once received the Human Award for Bravery and all I can think about now is finding out if there are categories for other forms of animal life. What a weird name for an award. As always, cops are convinced they can tell when people are lying to them, and Bret is no exception. That must be why all guilty people are caught and no innocent people have ever gone to jail, ever. 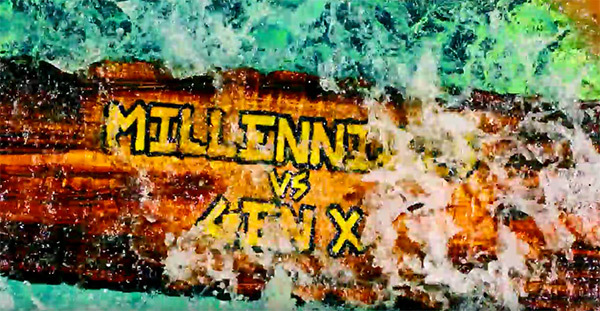 Apparently the whole crew and cast for this season had to be emergency evacuated off the island due to a typhoon that hits.