I've had a squirrel problem for a couple of months.
I've been able to lure it out of my walls and send it out te door. I've gotten quite good at it.

I've also had AAA All Seasons Wildlife Control inc, come once to many times.
All though being told they would need long ladders and flashlights, they brought neither the first time.

Upon returning days later they did a little screening and all was good. For a few days.

When they returned more then 48 hours they came at 5pm. Needless to say it was to dark to see anything. That was a Thursday. I had for them to call me on Friday to let me if and when they would come on Saturday. There was no call. We had errands to run and while out they came and put some more screening on the point of our roof.

One day i had come home from work and i could see a chase had happened in our house, we have a cat. Lamps turned over christmas lights hanging from window down. And cookies the wife baked, having been gotten into. I found that it was come through a door that opens at the boiler vavles just next to the kitchen and by the front door. So i set up a cookie, set up a one way route with cardboard moving boxes. Open the front door and the valve door. Eventually it cane out and after some time me and a friend chased it out of the house.

So I called, again.

The guy on the other end started to tell me all the things I was doing wrong, such as leaving windows up. Maybe having a dirty house, leaving food out etc.

All which was in correct. All which made me furious. A yelling match started. And the gentleman hung up in me.

I live in a co-op and the co-op manager had told me that this had now cost well over 1000 dollars and their work was guaranteed for a year. When I called him back to inform him this. He hung up. I called back, he hung up. Repeate x6 or 7 when he answered and told me if I called one more time he would call the police for harassment. I told him I would call again then.

2 days later, taking time off work to chase it out again, they show up at 2pm as me and a friend have it cornerd. we all finally get it out. This was the Thursday before christmas. As they are leaving I ask "so if it gets back in, you guys will be back because your work is guaranteed? " she smiled and said yes.

The squirrel has been back ever since Christmas eve. I've chased it out. It comes back, I chase it out. AAA All Seasons Wildlife Control Inc. was closed till yesterday. I politly call and talk to same guy. Tells me he will be here tomorrow.
Fine te wife is home. She calls this morning, he says they have to clear t with my co-op office. She calls to tell me this. A red light goes off in my head. They are going to charge for this visit. So I go look up their guarantee.

ASWCI guarantees all its work for the period of one year from the date of the initial service appointment.

This guarantee applies to work done and materials supplied ONLY.

ASWCI’s guarantee does not cover additional holes or other damage caused by displaced wildlife.

Additional charges apply to additional or extra work, whether this was present at the time of the initial service appointment or results from damage caused subsequently by the displaced wildlife or otherwise.
Click to expand...

So here I am on my way to buy a trap, call a friend and try to solve this problem myself.

AAA All Seasons Wildlife Control inc. is a load of crap.
Seems like somebody in my coop called the first people in the phone book. And I'm paying the price of incompetence. The reviews on line for them are not very good at all either.

Sorry, wrote this on my phone. Making my already horrible grammar, worse.

I thought the squirrel might have penned it!
Z

Zorro said:
So here I am on my way to buy a trap, call a friend and try to solve this problem myself.
Click to expand...

Good luck trapping a squirrel! Pellet gun is the way to go. I hear the legs are tasty!

Get a raccoon for your house!
I

this thread should be erased.
Z

Bass-Invader is a hater of all things squirrel.

Ha my friend Sharon's banded mongoose would make short work of that squirrel. And also the cat, probably.

This happened to my sister in law 2 weeks ago along King St. 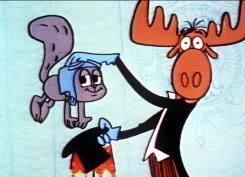 Is lucky isn't flying squirrel or moose even.
O

Zorro it sounds like maybe you have a dirty house. Maybe there are scraps of food laying around.


just kidding about the dirty house

Back in the day we'd just grab a suitably powerful pellet gun and take care of the vermin ourselves. Times have changed and costs have certainly gone up as a result.

Only thing I can reasonably suggest is to fully inspect your property outside and inside and be prepared to spend a weekend sealing it up.

Staff member
Don't you have to put those little miniature one-way doors around your roof line so they can get out but can't get back in for their babies or stored nut stash or whatever? At least that's what I saw Bob Vila do one time on TV.
C

KickIT said:
This happened to my sister in law 2 weeks ago along King St.

If there's a squirrel on you like that all you need to do is turn the tables on it and try to grab him from behind. It will be off you in a flash. They're not looking to eat you. Any way, a squirrel that tame won't last. A dog will eventually get it.

Squirrels are easy to trap. If you have a problem one that's very aggressive in trying to get back into your house you can trap it and relocate it a couple of miles away. Urban squirrels, unlike raccoons, can be relocated to wooded areas and survive just fine.
You must log in or register to reply here.
Share:
Twitter Reddit Pinterest Tumblr WhatsApp Email Share Link
Top