Stroumboulopoulos must have a hell of a great agent

George Stroumboulopoulos will reportedly be the next host of “Hockey Night in Canada.”

Stroumboulopoulos, who was a presenter at the Canadian Screen Awards on Sunday, was not made available for comment. A spokesperson for Rogers’ Sportsnet also declined to comment.

The hiring of Stroumboulopoulos would be the first major personnel change made by Rogers after acquiring the NHL rights in a blockbuster 12-year, $5.2-billion deal in November.

Ron MacLean, who has hosted “Hockey Night in Canada” full time since 1987, will still be involved with a reduced role, McKenzie reported.

But he made no mention of commentator Don Cherry, who has popularized Coach’s Corner since first appearing on it in 1980. The status of Cherry, 80, has been in doubt since November.

“Hockey Night in Canada” will continue to air Saturday nights on CBC through a sub-licensing agreement Rogers made with the public broadcaster, although Rogers will retain editorial control.

Stroumboulopoulos, already a household name in Canada, would bring plenty of credentials to the program.

The 41-year-old Montreal Canadiens fan is a six-time Gemini Award and Canadian Screen Award winner who has worked as a television personality and radio broadcaster with CBC since 2005.

Before that, Stroumboulopoulos spent four years as a host at MuchMusic where his ubiquitous black T-shirt, earrings and affable personality made him stand out.

More recently, he worked for CNN on the short-lived series “Stroumboulopoulos,” which aired last summer but was not renewed.


I had him pegged as the next host of Nature of Things, or his own cooking show on CBC, but this is even more left field.

jesus what the fuck does he know about Hockey?
D

he's such an annoying sycophant douche.

leave it to Rogers to fuck with the one thing CBC does better than anyone else in the world.

I think this is great. He's finally found a platform that suits the speed at which he talks.
S

In all fairness to Strombo, Ron Maclean's experience covered DJing, reporting news and weather before coming to HNIC. Strombo could make a similar transition. Let's all just count our lucky stars they did not hire PJ Stock or Pierre McGuire.
R

Could be worse, way worse. Let's see how he does.

Wasn't his show on CNN just cancelled because the ratings were so shitty?

Without the benefit of CBC's ballwashing he has zero impact in the US market.

acheron said:
Without the benefit of CBC's ballwashing he has zero impact in the US market.

wait you mean those are two different people?

Just read they're pulling the plug on Stromo's CBC show...which is surprising.

I think he'll do great at this. He's a big hockey fan and started his broadcasting career at Fan590. Change is good sometimes. The show has gotten very formulaic - it's a good formula and has worked forever, but pretty much every Saturday night broadcast is identical week in and week out.

Ron MacLean must be feeling down this morning, but he's so talented/such a pro he'll do great in whatever his new role ends up being.

Don't shed a tear for Ron. He was out the door 11 years ago and then for some bizarre reason the columnists of the day thought they'd seize on a little bit of public sentiment and whip up a frenzy about him leaving.
Nice guy, he'll be fine, he still has a role by all accounts. 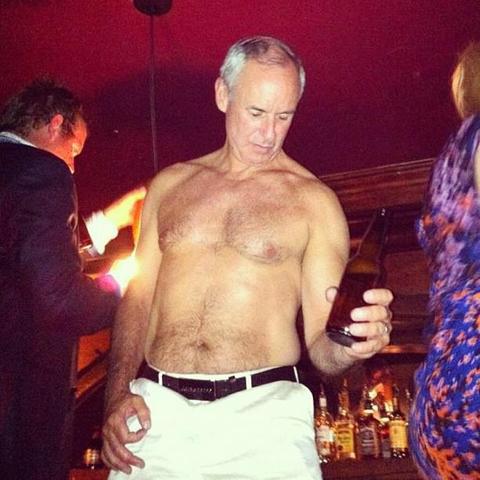 It's better than Glen Healy or Kelly Hrudey.

Haters which CBC douche do you dislike more George or Jian? It is a tie for me. LOL

I've met both of these guys and George is the nicer chap of the two, although he mumbles and you can tell he's a fake with his rapport. However, if you've watched years of CBC and before that MuchMusic you should be quite aware he's a true hockey fan and diehard Habs superfan.

Admittedly, he's made all the right networking contacts and is not as educated as that prick Ben Mulroney. Both overpaid TV personalities that make more money than the Prime Minister of Canada according to a Maclean's article I read a few years back.
S

Sounds like MacLean will continue to host Coach's Corner.

I don't get what the hate on is for George. On the few occasions that i've met him he's been friendly. As far as Canadian TV personalities go, he's better than most.

It's a shame to see his show get cancelled but I stopped watching once they introduced the panel. So lame. I don't think he's a good fit for HNIC but maybe he's more of a sporto than his persona let's on? I think he made a mistake. He should have gone for the anchor job to replace Mansbridge in 10 years.

Ron Maclean is king. a total pro. no need to limit his role. it's ridiculous.

Rogers is fucking shit. hate that bullshit corporation. this is what happens when we let mega corporations buy the best content. they turn everything to shit.

strombo is the new mike bullard, complete crap that cbc keeps trying to find shows for no matter how bad they are

oh FFS it isn't CBC's decision, it's Rogers media that is responsible. Thank them for buying up the NHL rights in Canada and then feeling the need to fuck with the world class HNIC property.

This is the most stupid shit ever. No lie.

Why the hell is this happening.

I always thought that Ron would be replaced, but not by George. Omg. Stop the madness.

he hates the leafs! fuck it.

I remember when he was starting out, working the overnight at 590 doing the scores/recaps inbetween Stormin' Norman's verbal assaults with Red Wing fans (oh how the tables turned, eh)

Everybody who's freaking out needs to calm down.
H

JamesM said:
This is the most stupid shit ever. No lie.

Why the hell is this happening.

I always thought that Ron would be replaced, but not by George. Omg. Stop the madness.
Click to expand...

I hear ya, but who would have been the better alternative? The slate of candidates is garbage: Scott Oake, Jim Hughson, Scott Morrison, Elliote Friedman, PJ Stock (LOL!), Kelly Hrudey (LOL!)... Joe Bowen or Bob Cole??

They probably wanted a young enough guy that could have a long tenure in the role.

Not sure if Kevin Weekes was interested or received consideration, but he would have been on my short list.