Maricopa County Sheriff Joe Arpaio announced the controversial plan in the wake of the Connecticut school shooting in December.

The exercise is planned for Saturday at a closed school site. Sheriff’s officers will act as shooters, and 25 teenagers will play the part of students during mock scenarios involving up to three gunmen.

The sheriff’s office says Seagal, best known for his roles in movies such as Above the Law and Under Siege, will lead training on hand-to-hand defence tactics, among other techniques, drawing from his expertise in martial arts.

“He’s making a mockery out of it. You’re having a movie actor train people how to protect schools?” Campbell said.

‘We’d like to think he would take something like this much more seriously’
Randy Parraz, president of Citizens for a Better Arizona, also a longtime Arpaio critic, said it’s unfortunate the sheriff, known nationally for his tough stance on illegal immigration, is using the Connecticut shooting to grab headlines.

The patrols were launched at 59 schools in January. The sheriff announced this week he needs more members to continue the patrols, calling for 1,000 additional citizens to step up and volunteer.

The volunteers, dressed in uniforms and driving patrol vehicles, some authorized to carry guns after training, won’t go onto school grounds unless they spot danger, but will instead patrol around the facilities, Arpaio said.

Arpaio has faced criticism and lawsuits claiming that his deputies racially profile Latinos during immigration patrols. Arpaio also made headlines last July when he said that President Barack Obama’s birth certificate, released by the White House, was a fake.

“He’s making a mockery out of it. You’re having a movie actor train people how to protect schools?” Campbell said.
Click to expand...

A movie actor that uses a stunt double when the scene calls for running. Let's not undersell Mr. Segal's talents.
R

The title of this thread is patently false as he was never gone.

who is he molesting?
P

you sure she looks way hotter than Katherine Heigl looks most of the time?
J

Anyone remember when we invaded that Steven Seagal message board? That was a hoot.
R

The Yanni takeover was the greatest. Can anyone find that?

i remember the segal invasion, that was around the time his reality sheriff show came out. interestingly he's been hired by police forces in the past for self defence training.

don't forget he is one of the most respected aikido masters in the world. he's even trained anderson silva and lyoto machida.
X

derek said:
i remember the segal invasion, that was around the time his reality sheriff show came out. interestingly he's been hired by police forces in the past for self defence training.

don't forget he is one of the most respected aikido masters in the world. he's even trained anderson silva and lyoto machida.
Click to expand...

In line with at Whole Foods Markhet (Vancouver) and the lady in front of me says "aren't you.." and before she could get another word i, he jumps in and says "Yeah, I am that actor".

He lives in Burnaby and has Whole Foods deliver his groceries to him. He is pretty demanding, but Whole Foods will bend over backwards for him (and most customers). 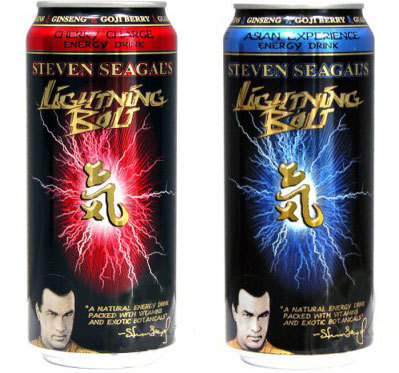 If it came down to it, my money would be on Technoviking
G

R4V4G3D_SKU11S said:
The title of this thread is patently false as he was never gone.
Click to expand...

mr tall said:
I wonder if poor Suziwong ever got over our bombing of the seagal message board
Click to expand...

Some funny stuff in here:

Steven Seagal Is the Lamest Guy Ever | VICE

That whole situation is trollerific. It breaks my heart, I like both those fighters.

Gene LeBell made Seagal shit himself.

no argument from me on whether he's a dick or not because i've heard he is, and he's uber lame with one of the worst senses for fashion.

none of that changes the fact he's an aikido master.

Staff member
Who says he's an aikido master? him?
D

For his part, Seagal frames his involvement with Tibet in much the same way that he has described his past possible involvements with international intelligence and the CIA—semishrouded, covert and intrinsically unknowable. "I was in a monastery in Kyoto," he tells us, "and met some monks from Tibet who had been tortured by the Chinese. As I was the only one who had studied herbology, bone manipulation and acupuncture, I treated them, and there was an immediate connection."

One day you're a simple bone manipulator, the next you're teaching torture victims how to get centered. It's a familiar trajectory: You almost can't swing a reincarnated cat without hitting someone who's followed this path. The audience seems unbothered by the unverifiability of Seagal's explanation. Most nod with appreciative understanding, some closing their eyes and smiling, savoring the moment like a divine chocolate.
Click to expand...

GQ: I Can't Believe It's Not Buddha! by David Rakoff

alexd said:
Who says he's an aikido master? him?
Click to expand...

he's a clown for sure but the aikdo part is probably the least inflated part of his life, unlike his acting skills.

Although, I wouldn't be surprised (nor surprised there is a gag order, but if so Lebell doesn't seem to seem to be concerned as he's told a few people this).

However, I wouldn't be so quick to trust Lebell's comments. He can be just as inflated as Seagal. Much of what he says is also questionable.

The story of Steven Seagal accompanying Sheriff Joe Arpaio’s raid on an Arizona man suspected of cock-fighting seems almost humorous. Almost, that is, until you think about police driving into your own home with a tank and killing your dog, which is what happened when Seagal drove a tank into Jesus Llovera’s house.

Seagal told a local radio station that animal cruelty was one of his pet peeves, and since the bust was an animal cruelty bust – which apparently requires the use of several armored cars, a tank, and dozens of sheriff’s deputies in full riot gear – Seagal decided to go along for the ride…and kill hundreds of roosters and a puppy in the process.

So much for animal cruelty. It turns out, of course, that Seagal was just joining the ranks of reality TV stars, blending the line between reality and television, and the line between entertainment and justice. And now he’s being sued to the tune of $100,000 by Llovera, who is also demanding a written apology from Seagal to his children for killing their puppy.


Seagal has also accompanied Arpaio’s sheriffs in cracking down on illegal immigrants. I guess being a tough guy in the movies is just never enough.

As Sean O’Neal points out, “Here’s hoping that Steven Seagal, puppy-killer, never meets Steven Seagal, guy from Out For Justice, because that dude would be pissed.” Now that would be poetic justice, which is more than we can say for the faux justice Arpaio and Seagal handed out for the TV cameras.

edit - he tank aikido'd the fucking farm, at least the animals are not suffering anymore -_-

I'm wondering what PETA thinks of all of this - considering that he won an award from them back in 1999.