Alien species have been visiting earth for thousands of years, says Canada’s former defense minister, and they’re worried that humans are going to wreck the planet.

“Something dreadful is going to happen to it if we don’t smarten up and change our ways,” said Paul Hellyer, who served as defense minister in the 1960s.

He’s the first top official from a G8 nation to claim that extraterrestrial life has been confirmed, and he discussed his beliefs Tuesday on Russia Today.


Hellyer said up to 80 different species regularly visit earth, from the “short grays” seen in cartoons and illustrations to species called “Nordic blondes” and “tall whites” who could almost pass as humans.

He claimed the “tall whites” are working with the U.S. Air Force in Nevada, and that two women from that species had dressed as nuns and went to Las Vegas to shop.

They come from all over the galaxy — including from Venus, Mars and Saturn’s moon, Andromedia – and other star systems, Hellyer said.

He said all but perhaps one or two of the species were benevolent and wanted to help humans, but they’re bound by a code of conduct from doing so.

“They have rules (and) one of the rules is that they don’t interfere with our affairs unless there are invited to – and that’s one of the reasons, probably, that we haven’t seen more of them until very recently,” Hellyer said.

He said military investigators had found strong evidence that at least four species had been visiting earth for much of human history, and he said their visits had become more frequent since our discovery of atomic technology.

“We have a long history of UFOs and of course there has been a lot more activity in the last few decades, since we invented the atomic bomb, and they are very concerned about that and the fact that we might use it again, and because the cosmos is a unity and it affects not just us but other people in the cosmos,” Hellyer said. “They are very much afraid that we might be stupid enough to start using atomic weapons again, and this would be very bad for us and for them, as well.”

He said the aliens had accepted that humans had a right to run their own planet, although they were concerns about our stewardship of it.

“We spend too much time fighting each other, we spend too much money on military expenditures and not enough money on feeding the poor and looking after the homeless and sick, and that we’re polluting our waters and air and that we’re playing around with these exotic weapons, thermonuclear weapons and atomic weapons, which have such a devastating effect on our earth and our cosmos, and they don’t like that,” Hellyer said.

He said that aliens wish they could share more technology with humans, but they’re afraid we’d use these advances for warfare.

“As far as technology is concerned, they are light years ahead of us, and we have learned a lot of things from them,” Hellyer said. “A lot of the things we use today we got from them, you know – LED lights and microchips and Kevlar vests and all sorts things that we got from their technology, and we could get a lot more, too, especially in the fields of medicine and agriculture if we would go about it peacefully.

“But, I think, maybe some of our people are more interested in getting the military technology, and I think that’s wrong-headed, and that’s one of the things that we are going to have to change, because we’re going to have to work together, all of us, everywhere on the planet,” he said.

from:
Canada’s former defense minister says space aliens live among us, but hate our nukes | The Raw Story 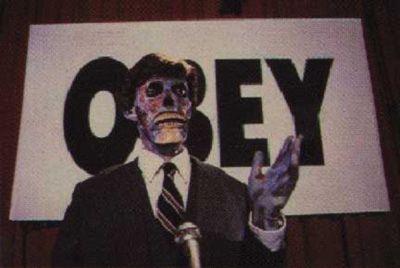 Hellyer came up before in our conspiracy thread

This is old news Alex. Here are some YT vids from months ago...
[YOUTUBE]LcbCafpvIT0[/YOUTUBE]

praktik said:
Hellyer came up before in our conspiracy thread

Yeah but thats for the wishy washy Birthers and Sandy Hook school shooting and WTC bullshit. This is the real deal!

Hellyer first made waves in the news in the summer @ the disclosure project, with other retired military people like this guy:

Staff member
Lemurian Crystal Headband would be a great name for an EDM act! 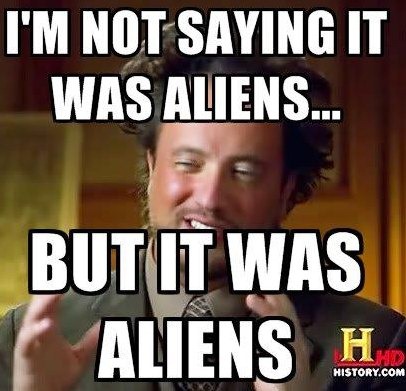 I for one welcome our Nordic blonde overlords.
K

kyfe said:
you cannot justify your own existance unless you are open the exisitance of others

it's likely that there is life on other planets but to what extent i do not know...

Plants mammals animals humans robots who knows....but to simply disregard it is idiotic and not in line with common sense
Click to expand...

^^ you start digging into the stats and it becomes more and more implausible.

The numbers here revolve around:

These kinds of analyses abound in the google machine, especially amongst the SETI crew. These guys are looking for a signal that there is life on another world, which would be more likely than ones able to visit us, and so they have been running these kinds of numbers for a while.

Some interesting examples of statistical looks at the likelihood of aliens visiting us:

Q: Have aliens ever visited Earth? | Ask a Mathematician / Ask a Physicist

CMV : I believe an alien spacecraft landed at Roswell. : changemyview

The UFO Iconoclast(s): The statistical odds (and common sense) against UFO/ET visits

The Drake equation will begin to answer the question of "do aliens exist".
I think by current estimates it's a resounding yes.

However, I think only LSD will answer the question "Is this guy bat shit?"
Again, I think current estimates are a resounding yes.

Jeffsus said:
The Drake equation will begin to answer the question of "do aliens exist".
I think by current estimates it's a resounding yes.

However, I think only LSD will answer the question "Is this guy bat shit?"
Again, I think current estimates are a resounding yes.