I can't believe the amount of press the Team Canada meeting has had over the last few days, and how they played road hockey, and how this and that and this. Jeez man the sports media in this country is super starved for ANYTHING hockey related when it isn't hockey season, isn't it?

To me, the olympics isn't a big deal. I don't care if a bunch of NHLers win a gold medal. Sure it would be nice to see them do it but if they don't, it's not that bad.

Sochi 2014 is going to definitely be the "gay games", as people are calling it. I'm interested to see just what/if any/crackdownt here will be by the Russian Government during the olympics. I heard that athletes and teams will be exempt from prosecution or arrest. If that's the case I hope someone stands up and makes a real big fat middle finger to the world for allowing the games to happen in such an ass-backwards place. Then again, if it happened in China with their glowing human rights record, it can happen anywhere.

Should Bernier be on Team Canada if he's healthy and playing as he has been thus far in the current season?
K

no there are many goalies ahead of him.

While I'd like to say I won't watch the olympics, chances are I'll watch the hockey and that's it. I would rather see this olympics run a major deficit than see the Russian gov't profit from them.

Has an Olympics in the past 40 years been profitable? Ever? 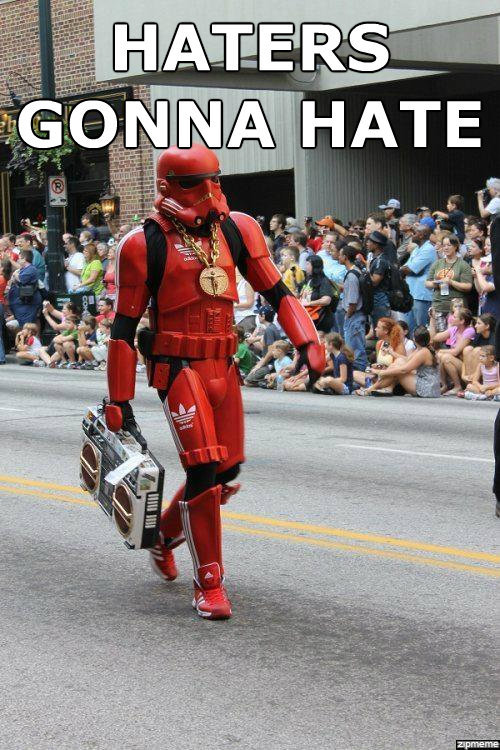 acheron said:
Has an Olympics in the past 40 years been profitable? Ever?
Click to expand...

LA and Calgary were hugely profitable. I think the one Romney took over and saved in Salt Lake was also a money maker (not a money faker).

well these ones aren't going into the black, that's almost certain. Looking at the wikipedia entry, China said they made a profit of $146 milion off the Beijing Olympics but Japan actually burned their books after Nagano, the shame was so acute. Athens lost $14 Billion. Sydney, Vancouver and London were said to "break even".

For Sochi, Russia estimated to have spent $50 billion on the games- more than China spent on Beijing, which itself was truly a shameless display of national pride (but very well presented it must be said... most of the venues sit empty and unused now however, as is common with many post-Olympic buildings).

acheron, i'm with you. I think it's a huge racket most of the time and the money should be allocated or any money spent should be matched with the parallel funding going to poverty eradication and improving infrastructure, education, healthcare, and elminating debt.

I know, right? Whenever I hear Toronto city councillors buzzing about an Olympic bid I shudder.

just wait for the pan ams!
has anyone other than the parents of the athletes ever watched them?

^^It's always a scam. Bread and Circuses, not Bread OR Circuses.
T

acheron said:
For Sochi, Russia estimated to have spent $50 billion on the games- more than China spent on Beijing, which itself was truly a shameless display of national pride (but very well presented it must be said... most of the venues sit empty and unused now however, as is common with many post-Olympic buildings).
Click to expand...

Just heard the interview on Q with the director, and looking forward to watching the documentary tomorrow night on The Passionate Eye.

If Subban is off the team it's a joke.
S

So the Czechs named their Olympic hockey team today...

Petr Nedved is on the team! He's 42, that's older than Jagr (also on the team) for those keeping track.
K

Bernnie Federko said:
If Subban is off the team it's a joke.
Click to expand...

he made the team so did stamkos and bobby lou.

I have a feeling Bobby lou starts

Not sure why a struggling vet like Nash gets to go along for the ride, when a vet who still puts up good numbers and oozes character like Marty St.Louis is left behind. I would have liked to see Giroux on the team as well, probably over Carter.

this is bullshit, fucking kevin lowe and tambellini. fuck the false prophets in edmonton. they are out to lunch. Yzerman should've booted those punk bitches. Mario and Wayne never would've let this happen. This team is toast.
K

Giroux off is a mistake, I like Nash and I think he'll excel in that environment. I also like the inclusion of Tavares

quite possibly another Canadian team that won't medal.
S

Spinsah said:
Not sure why a struggling vet like Nash gets to go along for the ride, when a vet who still puts up good numbers and oozes character like Marty St.Louis is left behind. I would have liked to see Giroux on the team as well, probably over Carter.
Click to expand...

I agree. They got it right if they take out Nash, Carter, and Kunitz and put in Thornton(5th in league scoring!), St. Louis(Art Ross winner!), and Giroux.

thornton is too slow for the big ice
st louis should be on same with giroux, bye bye nash and kunitz

subban is gonna get a heap of penalties with the iihf rules
smith is playing like shit and lou has been hurt twice in the last little bit.

price and lou also have a penchant for folding like cheap suits under pressure and arent known for being very steady
how bernier wasnt even on the radar considering the numbers he is putting up getting 40 shots a game with absolutely no d in front of him is beyond me.

basketballjones said:
thornton is too slow for the big ice
Click to expand...

I don't buy that, he did just fine playing in Europe during the lockouts.

not the same kind of competition sneakypete
S

Nothing can compare but that applies for a lot of people. Don't forget he played in several World Championships as well.

they cant just keep going with the old boys club, that has been their downfall quite a few times.

and why the fuck is kevin lowe even near this team????? take a look at what his stewardship has done to the oilers ffs

bring the best team, not the most recognizable