Sending bombs to own the libs

Explosive devices were sent to former President Barack Obama and former Secretary of State Hillary Clinton, as well as to CNN’s offices in New York, sparking an intense investigation on Wednesday into whether a bomber is going after targets that have often been the subject of right-wing ire.

A law enforcement official said the three devices were similar to one found Monday at the home of George Soros, the billionaire philanthropist and liberal donor.

None of the devices harmed anyone. Law enforcement officials said they were investigating whether all the devices were sent by the same person or persons.

Mrs. Clinton, Mr. Obama, Mr. Soros and CNN have all figured prominently in conservative political attacks — many of which have been led by President Trump. He has often referred to major news organizations as “the enemy of the people,” and has had a particular animus for CNN.

revoked Mr. Brennan’s security clearance in what was seen as an act of retribution.

The return address bore the name of Debbie Wasserman Schultz, a Florida congresswoman and a former Democratic National Committee chairwoman, according to a person who saw a photograph of the envelope. The device sent to Mr. Soros was contained in a similar envelope also with a printed return address label with her name.

In a statement, the White House condemned “the attempted violent attacks.”

“These terrorizing acts are despicable, and anyone responsible will be held accountable to the fullest extent of the law,” the statement said. “The United States Secret Service and other law enforcement agencies are investigating and will take all appropriate actions to protect anyone threatened by these cowards.”

The first inkling that there might be a serial bomber came Wednesday morning when the Secret Service revealed that it had “intercepted two suspicious packages addressed to Secret Service protectees,” who were Mrs. Clinton and Mr. Obama.

Shortly after the Secret Service made that announcement, the Time Warner Center, a major office complex in Midtown Manhattan, was evacuated after a similar device was discovered to have been sent to CNN’s offices there.

That device sent to CNN was constructed from a length of pipe a little longer than six inches and wrapped in black tape with what appeared to be epoxy on the ends, according to a person who has seen a photograph of it. What could be a timer was attached to the side of the pipe and wires were visible at both ends. Like the bomb sent to Mr. Soros’s home, the envelope it arrived in was roughly 5-by-8 inches and had a printed white address label and half a dozen first-class postage stamps affixed to the outside.

One of the envelopes sent had several stamps on it, more postage than it needed to be delivered, according to a former law enforcement official briefed on the investigation. The extra postage led investigators to believe that the person who mailed it wanted to avoid going to a post office to buy the correct postage — a step to evade detection, the official said.

The statement from the Secret Service also said: “The packages were immediately identified during routine mail screening procedures as potential explosive devices and were appropriately handled as such. The protectees did not receive the packages nor were they at risk of receiving them.”

The agency also said it had “initiated a full scope criminal investigation that will leverage all available federal, state, and local resources to determine the source of the packages and identify those responsible.”

Mr. Soros’s home is in Katonah, a hamlet in Westchester. That device was constructed from a length of pipe about six inches long filled with explosive powder, and it was “proactively detonated” by bomb squad technicians, according to one of the officials, all of whom were briefed on the investigation.

On Tuesday, one of the law enforcement officials said the motive of the would-be Soros bomber or bombers remained unclear, adding that there had not yet been any claim of responsibility.

A federal official said law enforcement agencies were closely examining possible ties between the packages and the one sent to Mr. Soros, who has come under fierce criticism from conservatives and conspiracy theorists. The connection was being “strongly considered,” said the federal law enforcement official, who would only speak on condition of anonymity because the investigations were ongoing.

While the investigation is in its earliest stages, the recovery on Wednesday of three of the devices and the envelopes that contained them could potentially provide federal agents with a trove of leads and evidence. It could allow them to assess the sophistication of, and care taken, by the person or persons who built and mailed the bombs.

Bomb technicians will likely seek to defuse the devices and try to determine where their components were purchased or the bombs were made.

Whoever did is is not very bright.

The hillbilly hezbollah have been taught to hate

From the party that insists on civility..

In just the past two years...

Bernnie Federko said:
In just the past two years...

We should ban rap music. It's causing the blacks to get all uppity with this Black Lives Matter stuff.

el presidente Highsteppa said:
We should ban rap music. It's causing the blacks to get all uppity with this Black Lives Matter stuff.
Click to expand...

Arrest Made In Plantation In Connection To Package Bombs

Not crazy at all.

SneakyPete said:
They arrested someone.

Arrest Made In Plantation In Connection To Package Bombs

Not crazy at all.

Hey lets commit some crimes in a hard to notice vehicle, maybe this one?? 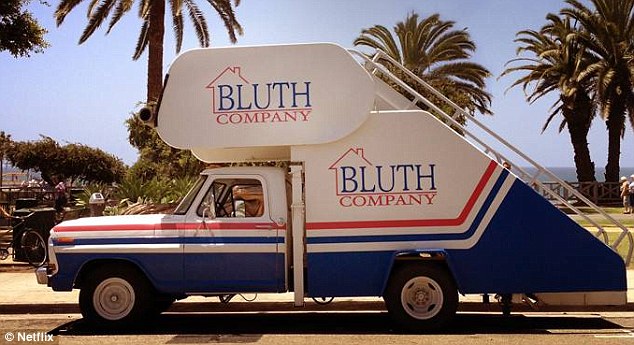 Hmm or this one??

I'm curious if the perpetrator ever watched any Fox News or Infowars?

What do you think the chances are?

Whole thread is well worth the scrolling...

Whole thread is well worth the scrolling...
Click to expand...

The subsequent dunking he's getting is pretty amusing.

Attorney General Sessions said he doesn't know why pipe bombs were sent to prominent Democrats and CNN, but says a Florida man charged in the case "appears to be a partisan."

please tell me that is satire !!