Starting this a little early...

This piece of 3D graffiti appeared at the bottom of my street this morning. 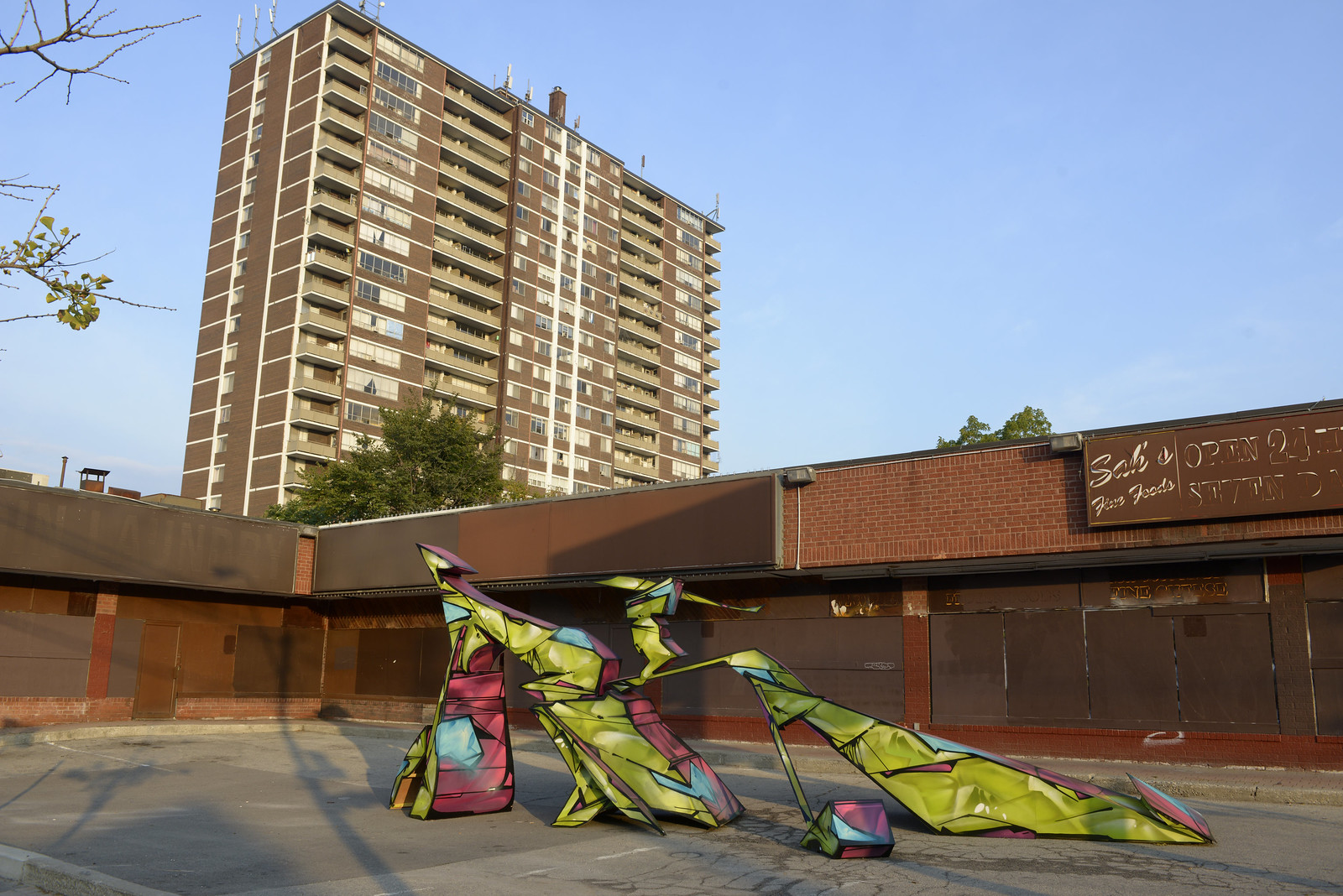 It's by Kwest (big in the Toronto graf scene).

See if you can figure out what's going on in the sculpture. 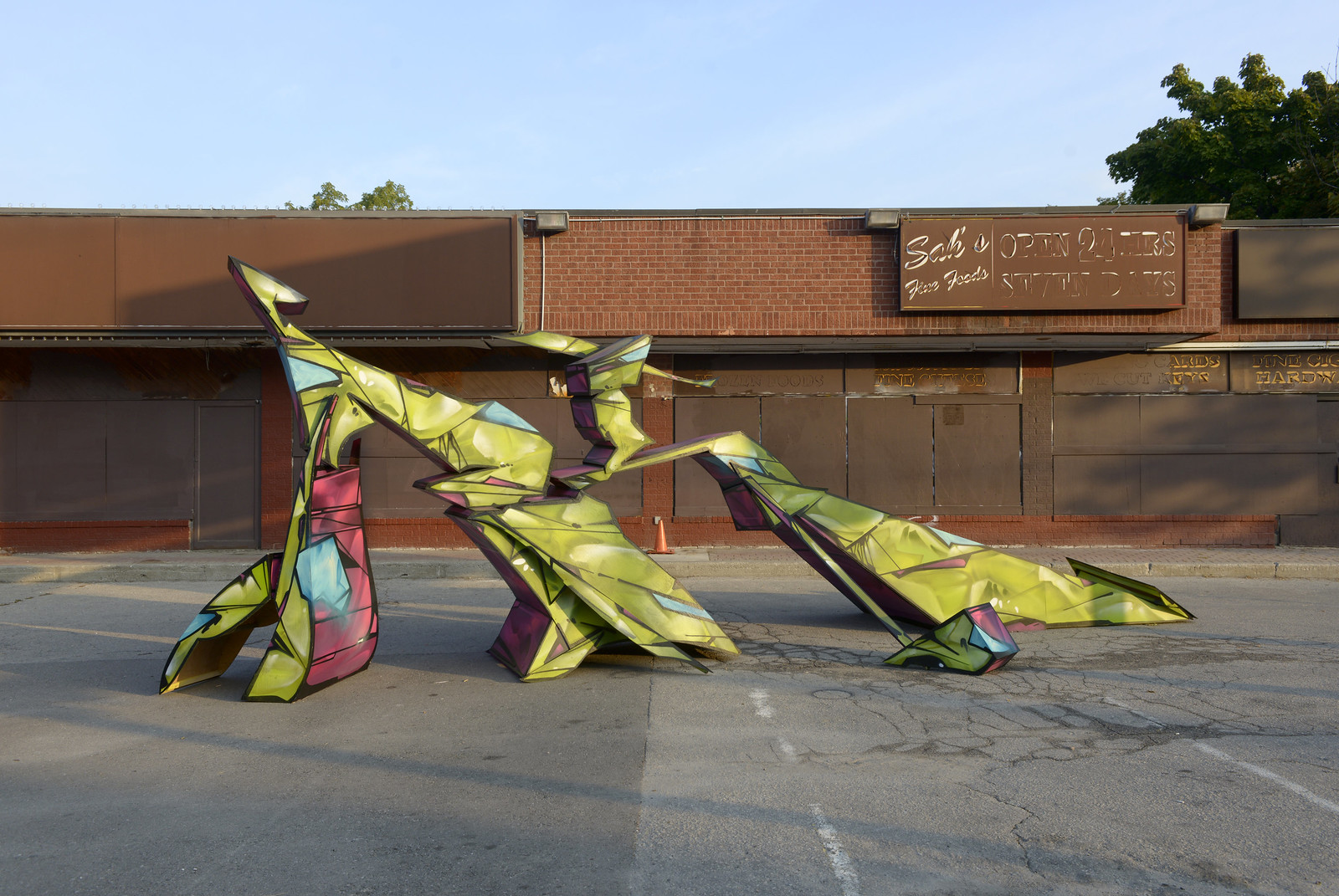 Soo... I went along Queen St. between Portland and Bay and then back. Pretty much dove into the most crowded area of the event, streets thick with people. Generally well-behaved but just hundreds of drunken, high people wandering around aimlessly - largely because there was very little to see.

Heck the bucket drumming guy from Dundas & Yonge had a crowd of like 200 people around him, so desperate were these 905ers for any entertainment, no matter how common.

I realize now why so many people use NB as an excuse to get hammered and wander around. It's like baseball and beer. And NB was soooo boring. So little going on. There were a small number of decent things put on but most of it was grade school-level crap.

A large crowd of people trying to figure out when they would start dropping potted plants on us at Queen & John. 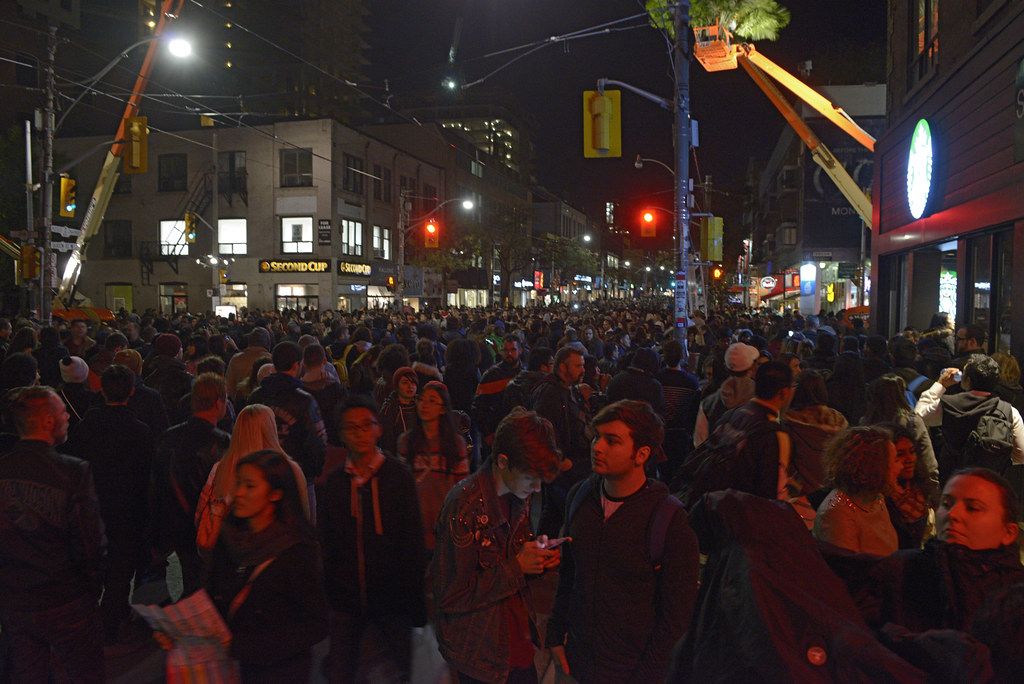 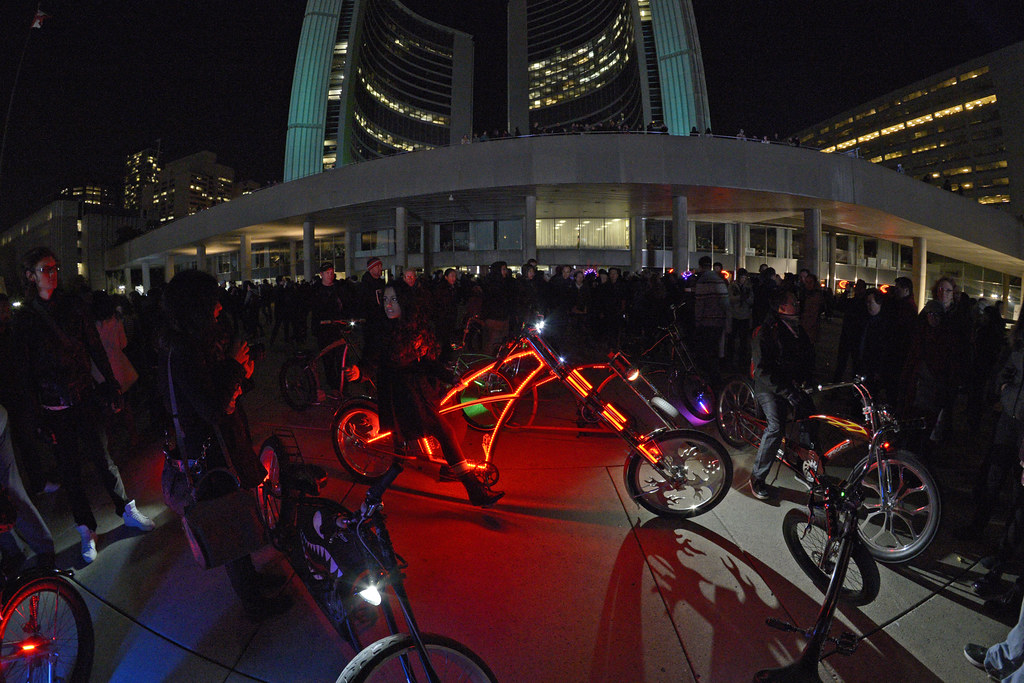 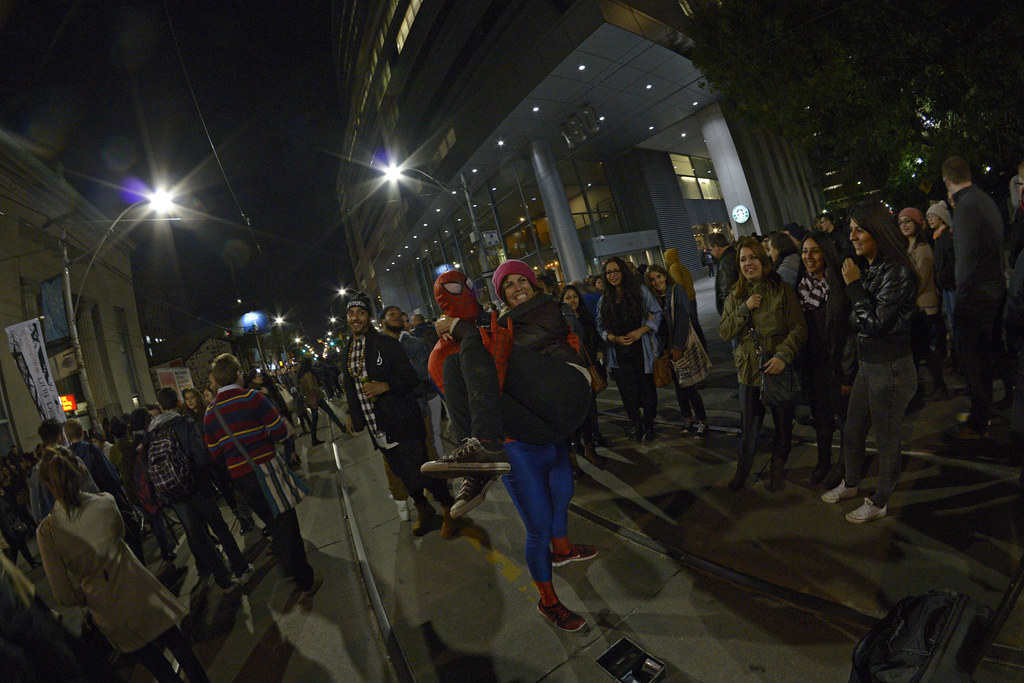 I couldn't see if she was wearing lululemon pants. 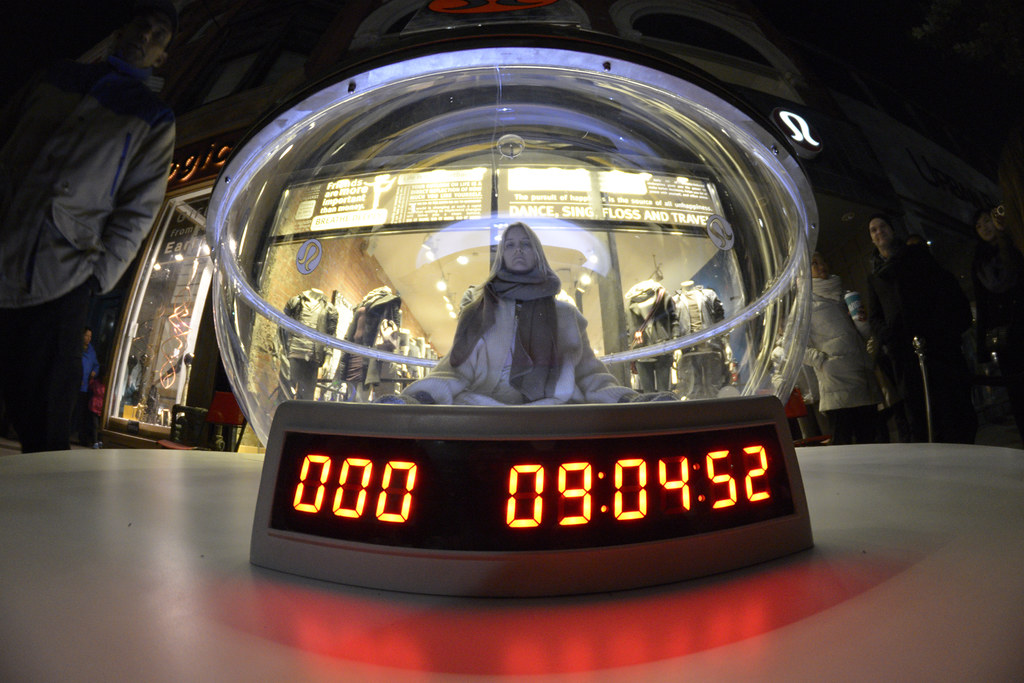 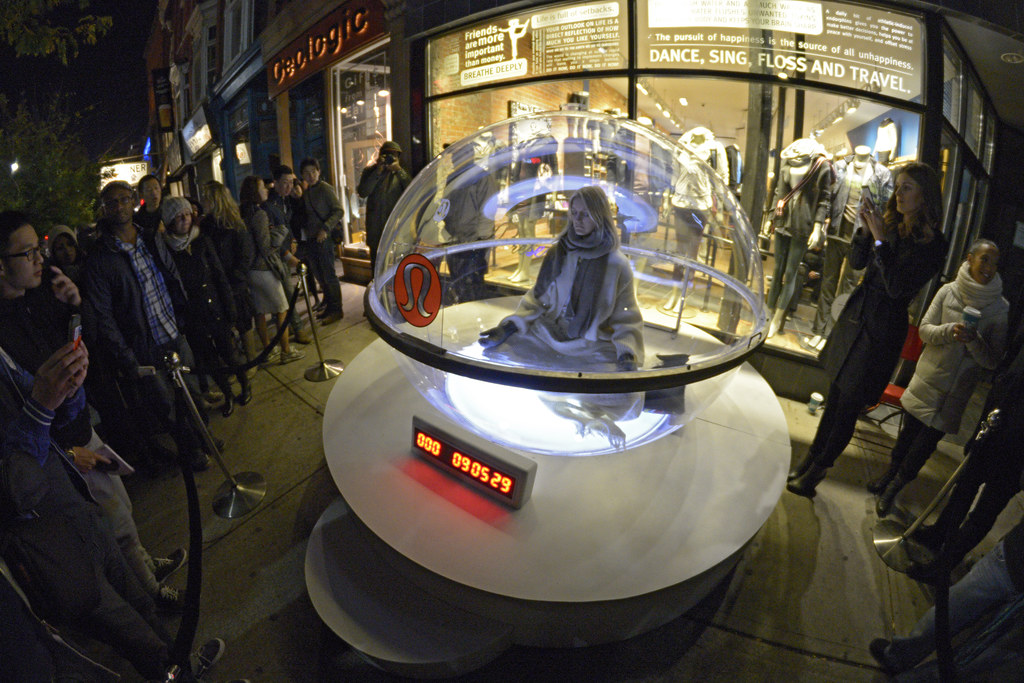 I had fun. It was what it was. If you expect the Louvre you will be disappointed. Spadina Village Museum was fantastic.

Spent the night at toika catching The Black Madonna lay waste to the house with fun record after fun record of electro soul and disco. Huge, ha-yuge props for the vinyl throw down. She killed.

Ended up at a friends gig. He was headlining the bar. There were in fact 3 venues to this.

Right at Dundas and Bloor. Amazing.

The story was we ended up at a friends pre party at Sorauren, afterwards walked down the block to this. After chilling, I asked where my friend was, she said follow the triangles on the sidewalk, and gave us an audio device playing pure static noise. Alright.

Then after all Vera comes on. Haven't seen him since the nunich and dylan days! 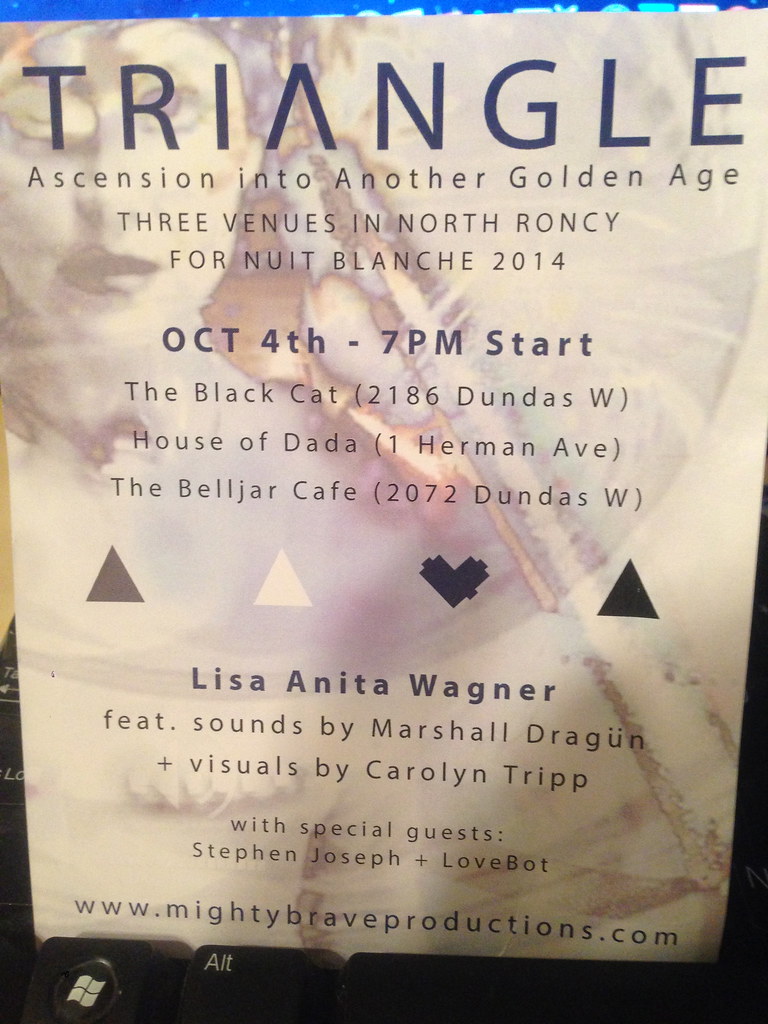 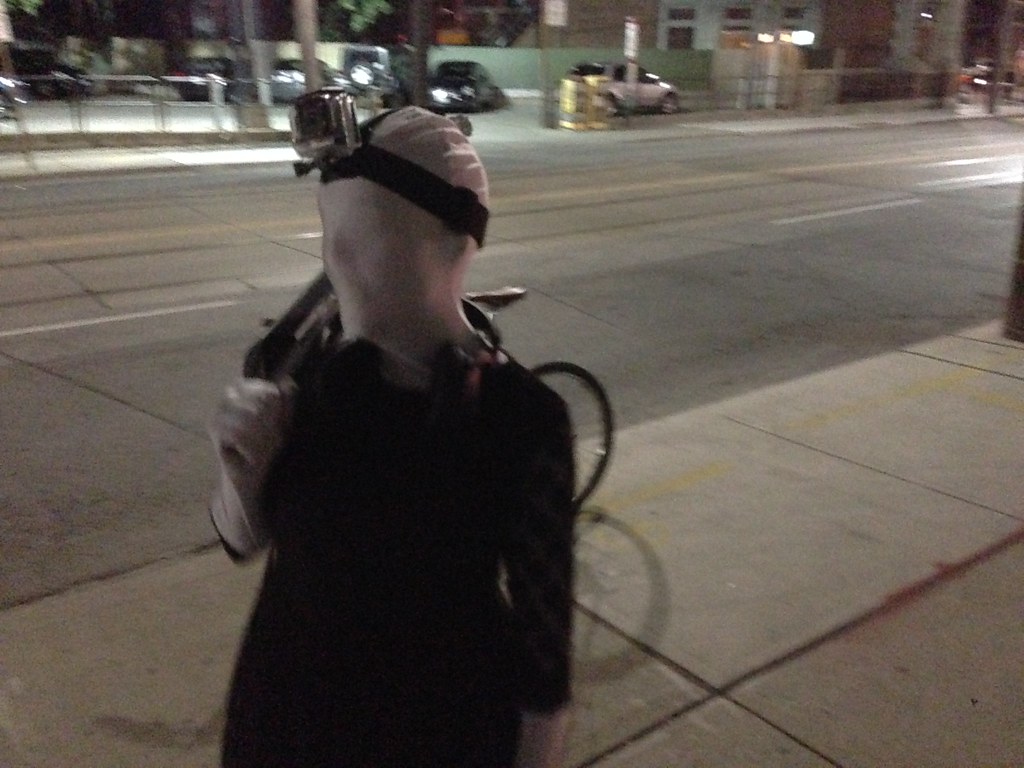 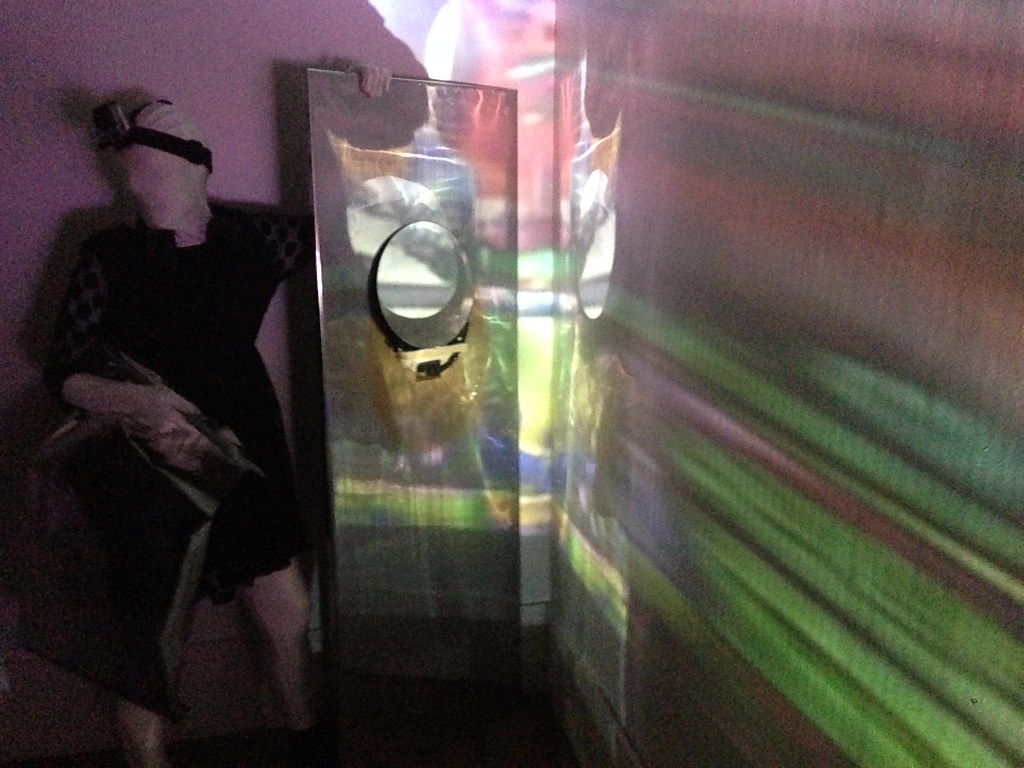 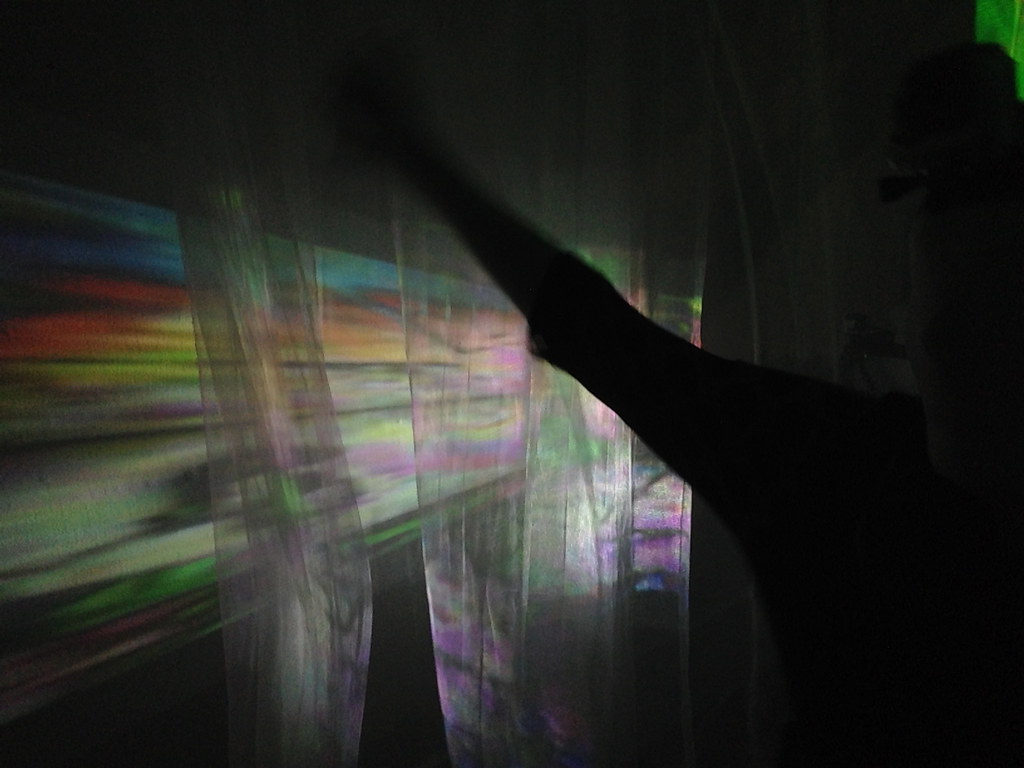 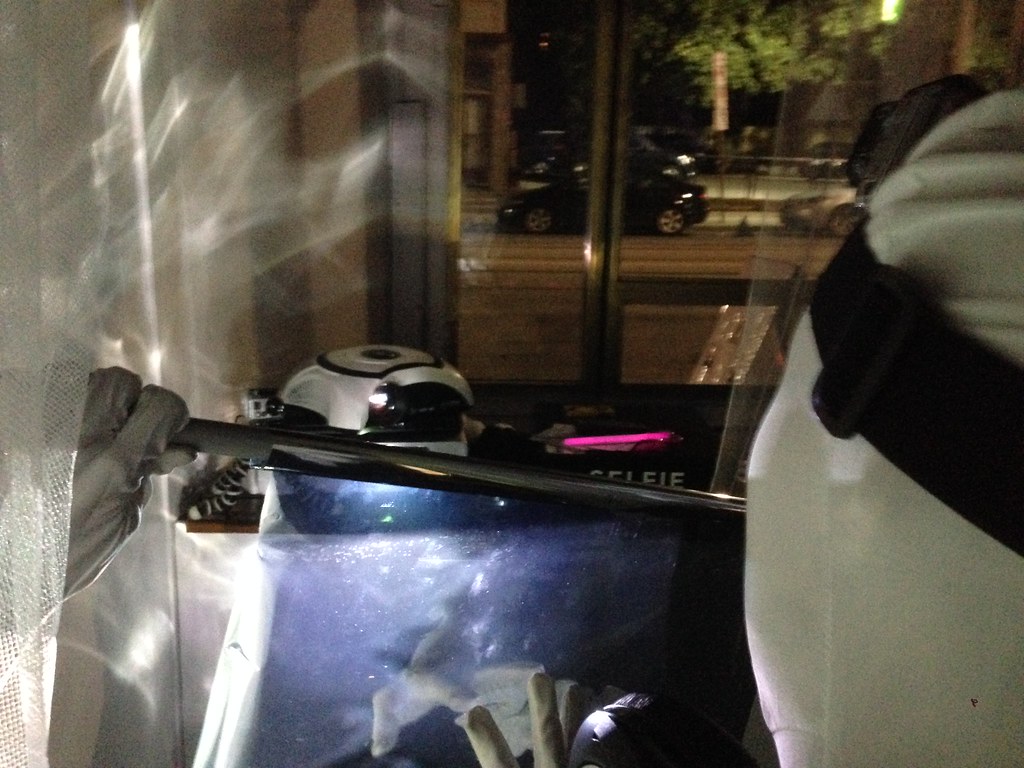 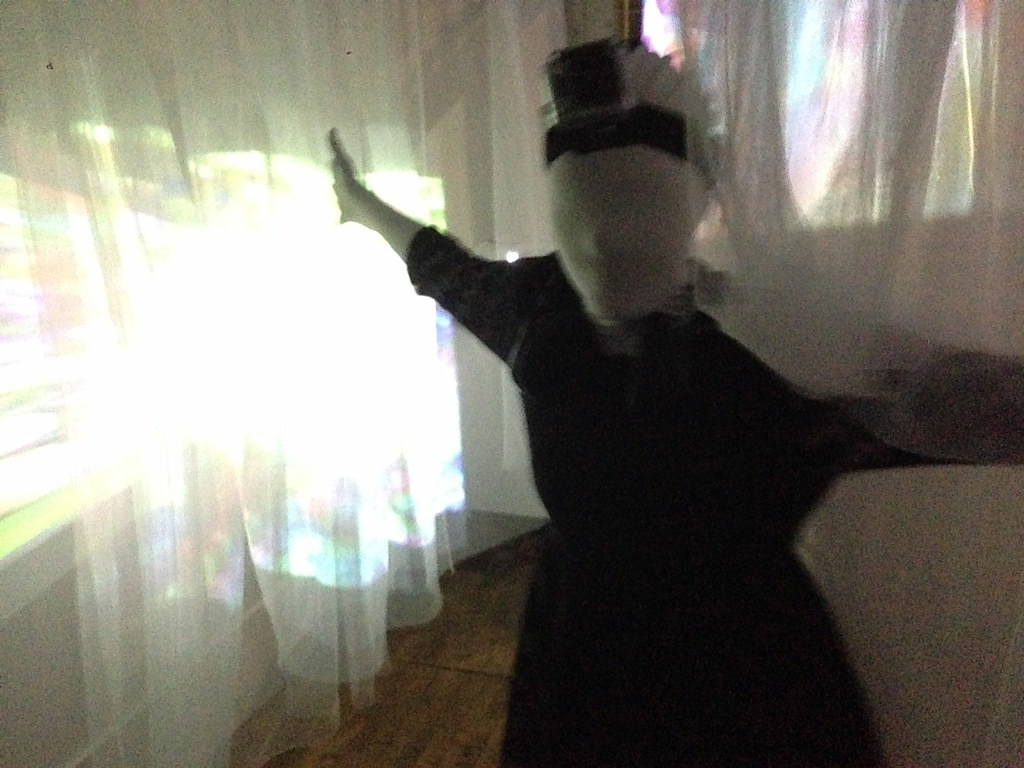 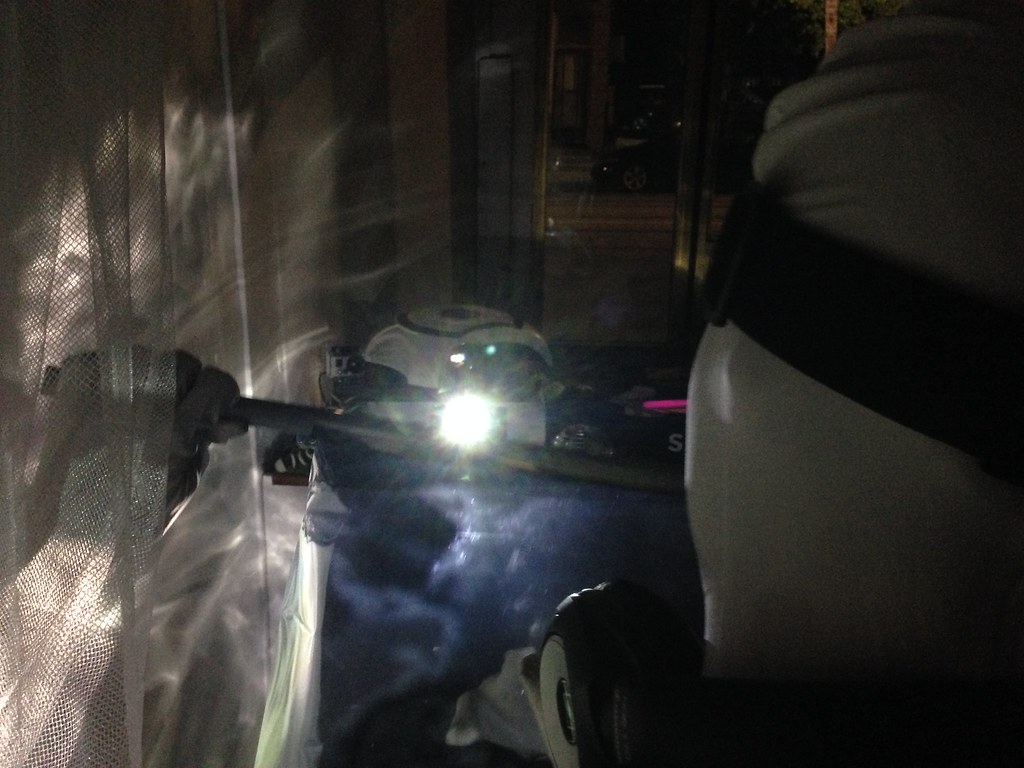 I kept looking out from my balcony for the massive Dark Side of The Moon laser but never saw it... Did anyone see it?

cosmosuave said:
I kept looking out from my balcony for the massive Dark Side of The Moon laser but never saw it... Did anyone see it?
Click to expand...

Vera and I saw it. Wasn't very impressive to the naked eye, but I am sure it would have looked better in a camera time exposure.
S

It was visible from all exhibit areas, quite neat. I went later than usual this year as I put my daughter to bed first. This put me right in the thick of the drunken crowds (started at 10:30)

I started at Nathan Phillip. the oil slick that was spewing out of the towers and into the skating rink/pond was freaky. The rest was unimpressive. Wandered down Queen and found the displays quit dispersed. There were cool things here and there but nothing concentrated.

Spadina was a lost cause, although I did get to ride the new streetcar on teh way out. Even the bigger installations were fenced and had a line. Last year the university ave venue allowed for more of the displays to be open and have no lines.

Fort York was where I should have started the night and was a super cool venue. The cannons changed into a sparkling light show was an eirie and cool effect. I really enjoyed the venue and the stuff within.

I find Nuit Blanche to always be hit and miss. I think it is still a great event and appreciate the glimpses of greatness it offer.

Saw a few exhibits but nothing really stood out for me. I'm impressed with the sheer numbers that came out... I think this night is starting to rival Halloween and NYE. Also glad that the city is moving the avenues around to share some of the crowd effect with other streets, keeps it interesting. The pic of Queen St crowds is insane.
S

Yeah, the crowds at City Hall were nuts. We aborted and started over at Fort York. Our experience improved a lot once we were able to get close to the exhibits. Fortunately, because we started over and worked our way to City Hall, I got to see pretty much all the major projects.

This actually turned out to be the best night yet. I absolutely loved it and can't wait for next year.

One of my favs... cat laser toy for humans:

This was also another one of my absolute favourites of the night, Icebreaker. From Quebec City: