Scientists hold a "RAVE" for mice on Crystal!!!

I dont read tribe enoguh to know if this is a repeat thread so just in case, i found this to be real amusing/interesting....

Scientists have been giving mice drugs and playing them records by The Prodigy.

Researchers wanted to find out if the music had any effect on the way methamphetamines are absorbed by the body.

They found that music with a strong beat, even a piece by Bach, increased the damaging effects of the drug.

But even though more mice died during and after The Prodigy tunes than the Bach one scientists think there is no real diference between the two - the key thing is the type of noise they create.

Loud music alone didn't harm the mice - those given injections of plain salt water instead of speed fell asleep during the "rave".

Mice on methamphetamine alone usually charge around for half an hour, lapse into a repetitive movement, then charge around for another half-hour becoming normal again. But four of the 40 mice exposed to Bach died during or after the experiment, while seven of the 40 Prodigy mice died.

Jenny Morton, of Cambridge University, said: "It seems that listening to pulsatile music strengthens the toxic effects of methamphetamine."

She also noted that drugged mice subjected to both kinds of music also had more disturbing behaviour - remaining in one spot but swaying backwards and forwards.

She told New Scientist: "If you saw how the mice behaved, you wouldn't want to take methamphetamine."

That is pretty scary... I'm never going to listen to BACH ever again!

In spite of the fact that some innocent mice had to die for this study, it's too funny.

These tests are retarded. 4 of 40 died as compared to 7 of 40. Yeah those numbers really point to something...
A

^^^ Meh, even if you ignored the weak data relationship (4/40 vs 7/40) with respect to Bach and The Prodigy, the experiment still produced some interesting results relating to speed and music.

It's because mice wear fun fur.

Staff member
Why don't they just bonk them on the head with a mallet?

Originally posted by PosTMOd
It's because mice wear fun fur.

~atp~
^^^ Meh, even if you ignored the weak data relationship (4/40 vs 7/40) with respect to Bach and The Prodigy, the experiment still produced some interesting results relating to speed and music
Click to expand...

the article seems pretty vague on mice in silence...

does that mean they tested forty mice in silence and none died?
Or is that just what they 'usually' do and results were left out?


we'd need to also know how many mice died out of 40 with no music at all playing before we could come to any kind of conclusion.

besides, even seven out of forty is only 1.75%, so they need a larger sample for all three cases since the difference between 0%(if none died in silence) and 1.75 isnt that huge.

Originally posted by alexd
Why don't they just bonk them on the head with a mallet?
Click to expand... 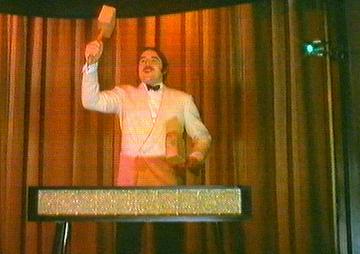 And now, Ladies and Gentlemen, I shall play for you Three Blind Mice. Each of the mice have been systematically arranged in musical key order ranging from A sharp to G flat.

From the Ministry of silly walks


From the Ministry of silly walks

From the Ministry of proof

I swear this is the last one:

From the Ministry of found this too. Cool

Mice have it so sweet.

They don't even have to pay 20$ to go to the rave and they get the crystal for free too!