Is there a shell, or a program that emulates ms-dos in a way that i can run old dos programs?

I'm trying to install an old rpg game and i keep getting an error that it's not a valid program...says autoexec.nt is not a valid ms-dos or windows program....anyone have this issue?

Dan
PS- the game is Heros of Might and Magic 2

I don't think you're supposed to install the .nt file Dan. It looks like a configuration (autoexec) for Windows NT which is not part of Heroes.

There should be an installer with a .exe extension. Windows should open a dos box automatically, I believe.

If you can't get it to work, I have Heroes 2 (and 3, which is better) on CD kicking around somewhere. I can either burn it for you or make an image and email it to you. I doubt it's a big file. I'll have to look for the disc at home though.
S

Try Dosbox. I used it to install/run all my older games:

Yeah, I think I got both 2 and 3 running in XP without having to use a DOS emulator. Dan's trying to run the autoexec, which shouldn't be in there at all.
L

it's part of the install program. I can't install it because it says its a 16 bit program and not an 32 bit or something
J

LivingRoomPornstar said:
it's part of the install program. I can't install it because it says its a 16 bit program and not an 32 bit or something
Click to expand...

Soooo many hours spent playing Police Quest!! So awesome. I actually have Kings Quest 1 and 2 installed on my laptop for my go train ride into the office. so fun. just need to get a copy of LSL and I'm set

The best part of Heroes 3 is the vampires that sound exactly like The Count when they say "blah!"
J

Way to read read-ey. I take it you don't actually read threads before posting in them? (see posts 3 and 4)
D

jmaggs said:
Way to read read-ey. I take it you don't actually read threads before posting in them? (see posts 3 and 4)
Click to expand...

jmaggs said:
just need to get a copy of LSL and I'm set
Click to expand...

Would you like me to burn them for you?
F

How is Heroes 4? Looks like I might have to pic that one up since Heroes 5 is "protected" by SpyWare...I mean StarForce.
S

The main changes to Heroes 4 was the battle screen. Rather than it being "side by side" grid based, it had a pseudo top down 3rd person feel to it. It made it more difficult to judge distances of how far guys would move. For example, in heroes 1 and 2, you could turn the grid on and say, "Ok, my minotaurs can move 4 blocks, and his Hydras can move 5, so if I move my minotaurs the whole way, on his next turn he'll bring in his Hydras to chomp on me. But if I only move my minotaurs 3, his hydras won't be able to strike me in one turn......" This I didn't like too much but it makes it a little more challenging so I'm ok with it.

However what was added to enhance/balance that out is that attacks happen kind of simultaneously. So say you attack one of his units, the opposing unit gets a simultaneous swipe at the same time.

So it's not like you could whipe out a whole set of units all at once before they get the chance to swing back at you. Of course if you unleash your 12 dragons on his 200 halflings, even though they get a swipe at you while you're attacking them, you'll still whipe them out but your units will at least take some damage.

I liked this addition because it balanced things out a little more and even if you were totally outmatched, at least you could get some kicks in and maybe have the attacker lose a couple of units.

The other change made was that each stronghold could only create a subset of all the different units and you would have to choose which ones to create of a given level. For instance, in the Wizard type castle, you could eather create Genies OR Nagas. Efreeti OR Wizards etc. So it took a little more planning/thinking on what kind of army you would want to assemble.

Here's a screen shot of the battlefield: 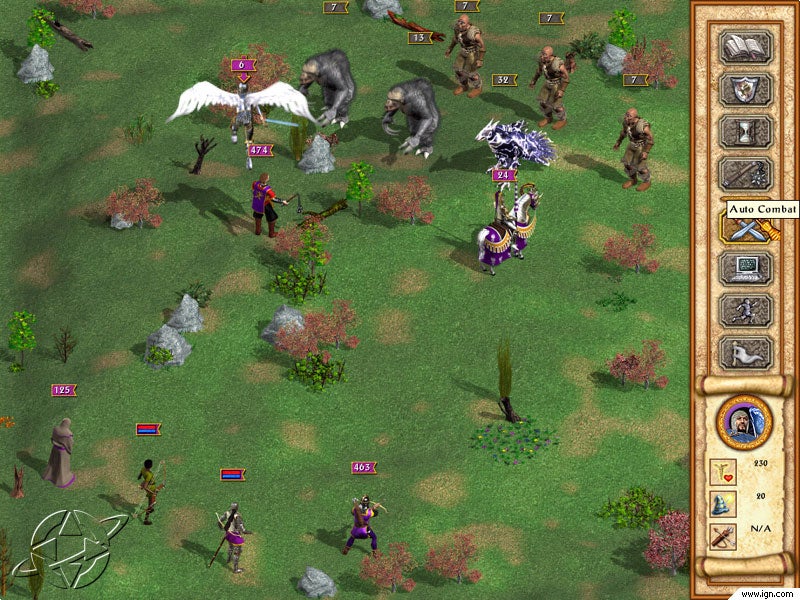 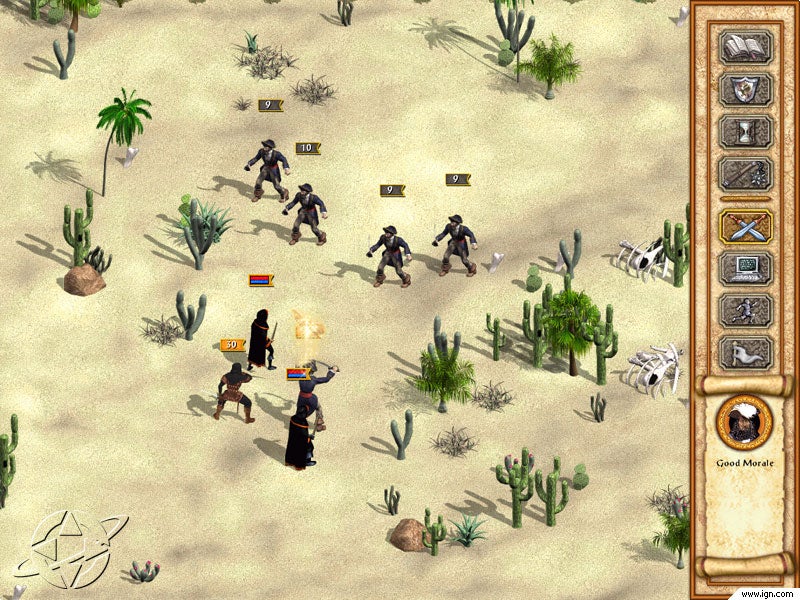 And DM, I'll hold you to that beer (though it's been about 4-5 years since we ran into each other last!!)
F

Hey thanks silver1! That was a way more detailed description than I was expecting. Definitely gonna search out a torrent tonight.