This celebrity death really hits home... he starred in my favorite kids show of all time: H.R. Pufnstuf, and also starred in the 1968 musical of "Oliver". 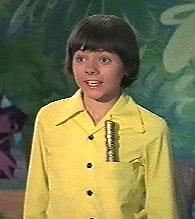 LONDON, England (Reuters) -- Actor Jack Wild, best known for playing the Artful Dodger as a teenager in the 1968 film "Oliver!", has died from cancer aged 53.

Nominated for an Oscar for that role aged just 16, he went on to star in the U.S. television series "H.R. Pufnstuf" and in several films before his career began to derail, in part because of excessive drinking from an early age.

"He always said he was an entertainer. He wanted 'The Entertainer' to be played at his funeral," Jay added, referring to the Scott Joplin tune used for the film "The Sting".

Wild, also a heavy smoker, was diagnosed with cancer in 2001 and underwent an operation in 2004 to remove part of his tongue and several vocal cords. As a result he lost his speech, but appeared on stage after the surgery miming his part in a pantomime.

Ron Moody, who played the role of Fagin in "Oliver!", paid tribute to his one-time co-star.

"He was such a professional ... he was always word perfect," Moody told BBC television.

The film -- adapted from Lionel Bart's musical itself based on the Charles Dickens novel -- has remained a perennial favorite.

It still attracts strong viewing figures when it is re-run on television even though it is nearly 40 years since its first release.

"Oliver!" won the Oscar for Best Picture in 1969 and an Oscar for its director, Sir Carol Reed.