They picked up a few in the senate but we are seeing a very evenly divided country still.

Also strange to suggest Dems "lost control" or that Repugnants "took" the Senate. We have learned last 6 years that you actually need 60 votes to control the Senate - otherwise you get filibusters up your ass.

Nice to see legal weed passing everywhere it was an option!

They do control,both the house and the senate now, which pretty well means nothing will happen in the next two years.
and they successfully pushed through all their slimy options to hinder voter access, even, in Texas, with an ok from the Supreme Court.

This is a country that lectures other nations on democracy. They spent $4BILLION on congressional races alone. It boggles the mind to think of what they could have done with that money...

Depressing. At least Obama still has veto (which is why nothing will get done).

And with more legal pot, there are potentially more people who just won't care either way.
Last edited: Nov 5, 2014

Lol... Let's not shit on the one good thing last night. Apathy is not causally related to pot smoking which should be legal everywhere.

To the extent it's prohibition is a key plank in a toxic drug war that generates human misery on a stupendous scale - we should welcome the erosion of laws that are primarily used to keep private prisons in business and minorities under the boot (to say nothing of the expansion of basic human freedoms this represents).
Last edited: Nov 5, 2014

the onus is on the GOP to actually craft legislation that can get by Obama's veto. So they have to work with him. It's up to Obama now to decide how he wants to frame his last two years and hopefully set up Hilary for a win. It's going to be an uphill battle but the Republicans have proven themselves extraordinarily efficient at running truly freakish candidates during Presidential elections... we'll see what happens. I mean they might actually put up Michelle Bachman against Hilary. The next two years are going to be pretty wild.
S

Don't agree with her platform but this is pretty cool

If Republicans choose to work with Obama, this could actually be the most productive portion of Obama's tenure; one less cook in the kitchen (i.e. Senate Dems). But the Republicans need to extinguish an extremist Tea Party that has held their mainstream hostage for some time.

The Republicans are enjoying one of their last moments in the sun before they halt their extremist lurch or decide to never win a presidential election ever again.
E

maybe Doug Ford could take out US citizenship and run for them...

I think the Fords are the tip of the spear of a movement in Canada that wishes we were the 52nd state and want our politics to be as close as possible to the Republican politics they are all digesting regularly on fox news and on sites like this:

Mulroney and Harper both look south for their inspiration too. This is how you can have Harper proudly announcing a march backwards into failed American "tough on crime" policies and a guy like McKay hoisting a rifle at a pro-gun meeting - if only more of our debates could be *american* political debates, eh?

Cause everything is SO awesome down there right now!
E

Meh, this happens in almost all presidential two terms in te 6th year.

The problem is that nothing really ever gets done. Some pride themselves on that. Just listen to Gregg Abott.

praktik said:
The Republicans are enjoying one of their last moments in the sun before they halt their extremist lurch or decide to never win a presidential election ever again.
Click to expand...

Yeah, this is a bit of a dead cat bounce for them - they still haven't got anywhere near obtaining the "minority" vote and can't get over their obsession of telling women what to do with their bodies. They're going to have to ditch their extreme base sooner of later if the Republicans want to survive as a party and stay relevant. They're starting to back off a bit on same sex marriage, but there's still a retard or two that likes to speak up and remind everyone how bigoted they can be as a party.

But goddam if the Republicans and Fox News aren't going to ride the next two years for everything it's worth.

Totally love it how some of you equate a more conservative approach to public policy as "wanted to be the 52nd state". Down south this is just going to expose Mr Obama for the policies he actually wishes and cannot pass the buck for.

Guns, the census, being "tough on crime" are all recent imports.

Did you even check out Proud To Be Canadian?

Anne Coulter is a leading contributor (not really known for her insight into Canadian *anything*) - its the right wing media/celebrity nexus which is turning a portion of Canadians into sad little America wannabes
Last edited: Nov 5, 2014

Harper and his think tank cronies are huge Hayek fans, the godfather of modern American free market fundamentalism. They described themselves as "libertarians" which is a classically American political ideology.

He loved him some Reagan and sold us out way too easy for CUFTA. This is an excellent look back at Mulroney that discusses his personal and legacy and considers one of the most important elements to talk about his "pseudo-american" -ness:

"A key aspect of Brian Mulroney is his view of the United States. As Hillmer and Granatstein say, “his admiration for the United States, its leadership and lifestyle, was ripe for caricature” (1998, 190). Easily the most memorable visual image here is his duet with Ronald Reagan at the 1985 Shamrock Summit, which Jack Granatstein called “the single most demeaning moment in the entire political history of Canada's relations with the United States" (Granatstein, 1997, 251). It embodies Mulroney’s emphasis on personal friendship with Reagan and later George H.W. Bush, as well as other national leaders."


And just try and tell me RoFo isn't moulded from the classic Republican template of faux populism and sloganeering!!

In fact I would say the biggest change in Canadian conservative politics in the last 40 years has been the gradual exchange of a classical Canadian conservatism (Toryism) for American style neoliberalism - and sadly more recently, adding on top of the libertarian economics the lowest forms of American identity politics, seen in guys like Ezra Levant and Rob Ford).

Well I haven't read any fancy books but I don't think it's anything special to want to "eliminate the gravy" and think that bureaucracy is out of control. Being a "man of the people" if you want to think that it how Ford(s) presented themselves is not peculiar to Americans. Once you paint a particular point of view or method as "american" you relegate and enable yourself to rationalize it however way you wish, which should make yourself suspicious as to why you are doing they, or why someone would want you to do that. 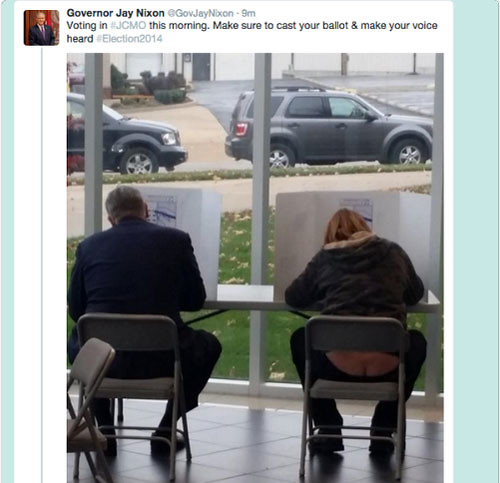 catching up on my PVR this week - Democalypse 2014 on Stewart was just excellent.. the bit on "money" winning the election over 'ideas" was just brilliant!

Another bit of good news from the 4th: 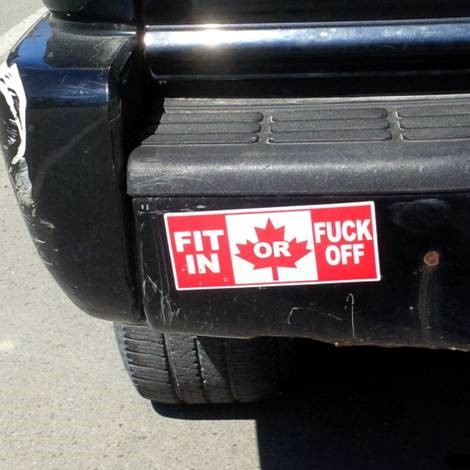 Dave Neiwert lend his expert attention to the election and the worrying continued rise of extremism on the right
Orcinus: Some Thoughts on the 2014 Election
T

this thread title is misleading...legalization of marijuana only passed in Alaska, Oregon and D.C and failed for medical classification in Florida
Marijuana On The Ballot: Oregon And D.C. Vote To Legalize; Florida Says No : The Two-Way : NPR

"Super majority" sounds like a rule a kid makes up in the schoolyard when they see the chances of their winning diminishing.

Florida is the perpetual 6th-grader of 'Murica.

It is all still about race: Obama hatred, the South and the truth about GOP wins - Salon.com