Gaetz is such an evil fiveheaded freak. If this were a movie where he was the villain, I'd actually enjoy rooting for his perverted trafficking character.

Getting some serious Brett Kavanaugh anger at being denied his destiny vibes from McCarthy.

Dumbass laid down with dogs, is now shocked to find out he's got fleas.

I'm loving that the Democrats keep voting for their own, and won't help until they're given a LOT of concessions.

Regardless of who is elected speaker, House Republicans have systematically gutted the power of their leaders — and institutionalized de facto anarchy.

Why it matters: Long gone are the days of rank-and-file members pining for money, endorsements or committee assignments from their top leaders. Now, it's the rank-and-file lawmakers — and outside allies juiced by social media — holding the real power.
Kevin McCarthy's desperate scramble to win the speakership has made things a lot worse for any future leader — thanks to a series of concessions he privately knows are anathema to sane governance.

And it got worse last night: After losing his sixth vote for speaker in two days — leaving the House with no official members, rules or committees — McCarthy tried to pacify the GOP rebels with even deeper concessions.

Earlier, McCarthy had proposed that any five Republicans could call for a vote to boot the speaker at any time. Last night, he went down to one — giving any random House Republican veto power like Sen. Joe Manchin had in the Senate for the past two years.
One House Republican member told Axios' Alayna Treene that the cave to the detractors is "an amazing deal they’d be dumb to turn down."

Such a rule isn't unprecedented. But it would badly weaken the office McCarthy is prostrating himself to win.

Reality check: Chris Krueger of Cowen Washington Research Group points out that picking a speaker "is arguably the easiest vote of the Congress; it only gets harder from here (See: ceiling, debt)."

What we're hearing: Newt Gingrich — who led the Republican revolution of 1994, then was speaker until 1999 — told me he "can't imagine how one could run the House with the blackmailers as self-righteous and militant as they currently are."

The bottom line: This week's leadership mutiny could become the norm.
K

And while this makes for some interesting watching, it’s a scary place to even try and comprehend how this will ultimately play out.

And how many more votes before McCarthy throws in the towel, and then what.

He’s already made a deal with the devil and there is no going back now.

We can only hope this ultimately leads to the GOP breaking in two. Thereby guaranteeing the Democrats election wins in the future if they can get their act together.

acheron said:
We can only hope this ultimately leads to the GOP breaking in two. Thereby guaranteeing the Democrats election wins in the future if they can get their act together.
Click to expand...

Republicans are waaaaaaaaaay too desperate to kick out the Freedom Caucus. That would be political suicide for all of them.

They're handcuffed to them, and during their existance, let them burn just about every bridge they could for some time. They've alienated the youth vote along with the moderates and will likely never get it back.

They're pretty much locked into a zero sum game for their own survival - they know they're going to have to cheat. lie and deceive in order to preserve any kind of longevity.

And fuck Newt Gingrinch's "I'm astonished and shocked this could happen" speeches. The hyperbolic motherfucker himself had a hand in it's creation.

0-11 without a single vote being flipped.

What a political legacy McCarthy is going to have. Clown. 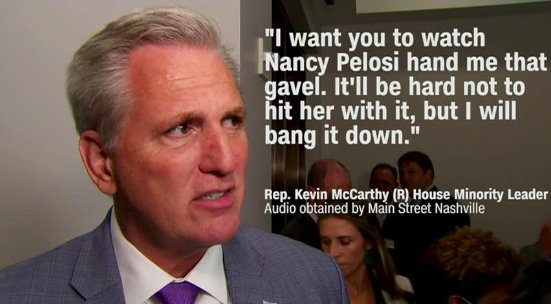 This George Santos stuff is nuts.

Seemingly never-ending too. Where's the bottom (or, is there one)?

Could you imagine MTG being VP ? 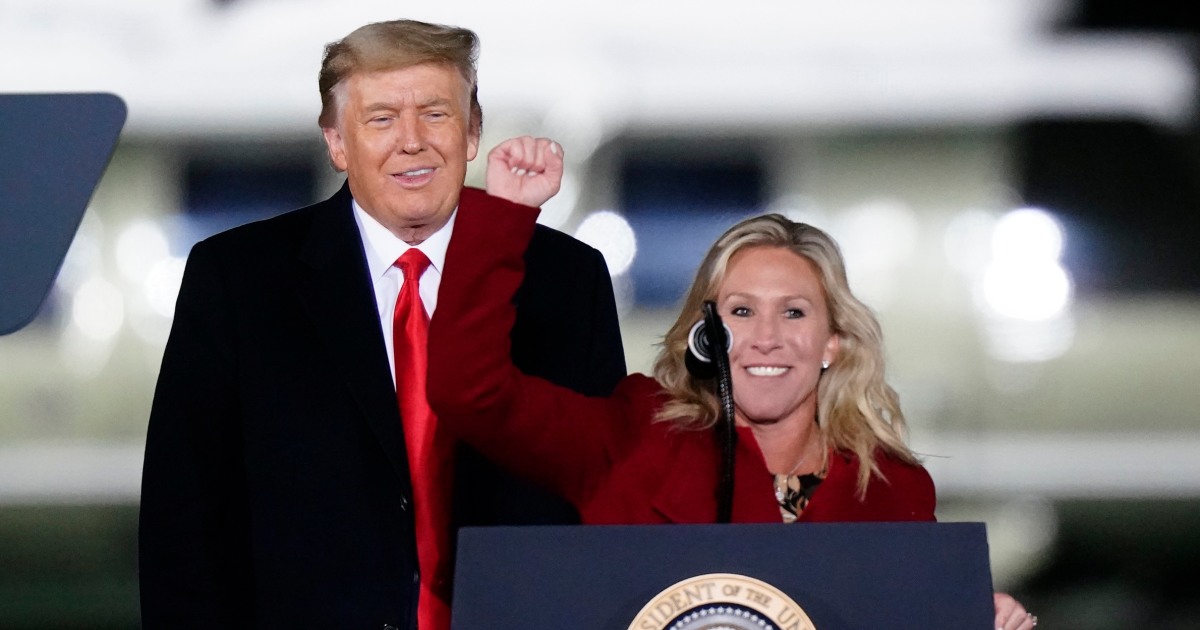 Marjorie Taylor Greene aims to be Trump's VP pick in 2024

"She sees herself on the short list for Trump's VP," said former Trump aide Steve Bannon, who has spoken with Greene.

Kind of weird that the party obsessed with voter fraud still awkwardly embraces Santos after outright lying to voters about his qualifications in order to get into office.

ndrwrld said:
Could you imagine MTG being VP ?

Marjorie Taylor Greene aims to be Trump's VP pick in 2024

"She sees herself on the short list for Trump's VP," said former Trump aide Steve Bannon, who has spoken with Greene.