Democracy is dying in America.

How does that not catch a charge???

Bet you there's going to be another charge waiting for Trump when he leaves office.

He must be fucked if he's trying to pull this shit.

Bernnie Federko said:
How does that not catch a charge???
Click to expand...

Republican lawmakers planning to run for president in 2024 have spent weeks in urgent conversations with advisers as they made the high-stakes call about whether to support objections to this week’s congressional certification of President-elect Joe Biden’s victory.

Why it matters: Republican sources tell Axios' Alayna Treene these lawmakers view Wednesday's vote as potentially decisive for their political viability, much like would-be 2004 Democratic candidates fixated over the 2002 Iraq War vote.

What we're hearing: Sens. Josh Hawley and Ted Cruz are betting that objecting will win them support from MAGA loyalists; Sens. Tom Cotton, Mike Lee and, to some extent, Vice President Mike Pence are worried about longer-term damage to American democracy. They hope Republicans — and swing voters — will appreciate their relative restraint and refusal to go all-in on overturning the results.

On the sidelines: Other 2024 hopefuls, like Secretary of State Mike Pompeo and former South Carolina Gov. Nikki Haley, have the luxury to sit out this fight, given they have no role in Wednesday's Joint Session of Congress.

Can we stop praising Mitt Romney for doing the bare minimum and thinking of it as something significant? 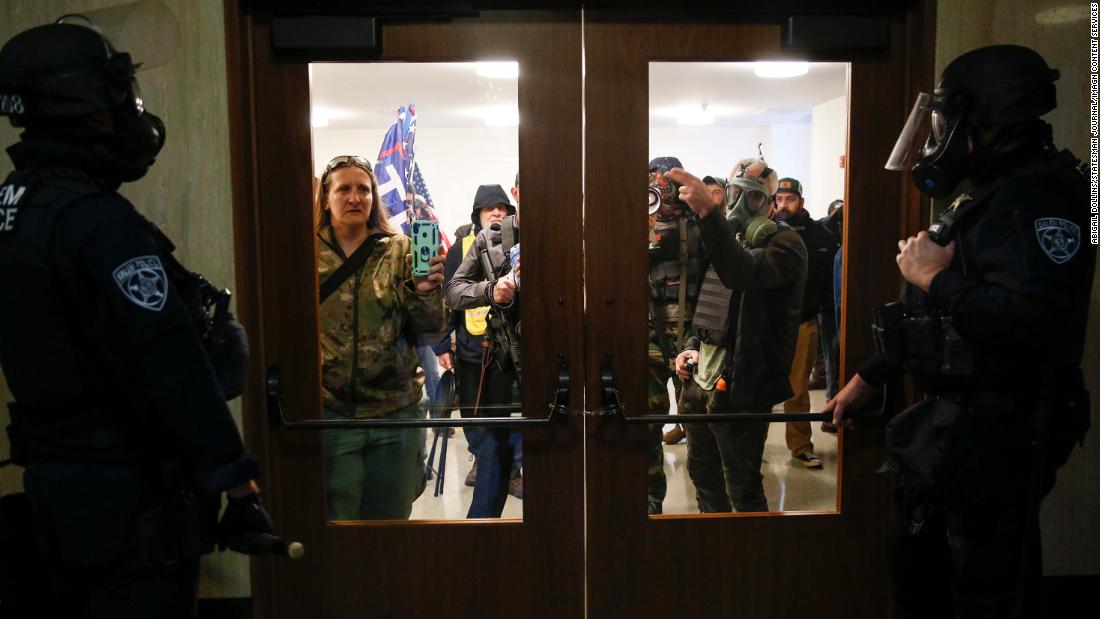 A Republican state legislator may be responsible for allowing protesters into the Oregon Capitol building last month during a closed lawmaker session, resulting in an showdown with police that left two arrested.

Whoopsie Daisy - The NRA is bankrupt and restructuring and relocating to Texas.

It's almost as if you really shouldn't trust a guy who sold arms to the Iranians...

Never heard of this kid, until he opened his yap. Maybe there’s a lesson in there somewhere.