The Red Bull Music Academy has announced the schedule for its Montreal edition, happening between September 24th and October 28th.

The festivities begin at Never Apart on September 24th, with lineup that includes Mathew Jonson, Aurora Halal, Xosar and DJ Richard. A few days later, on the 27th, there's a Chicago-focused event with recent Between The Beats subject The Black Madonna and Sadar Bahar.

RBMA will also team up with Piknic Electronik for a park gig with Detroit icons Theo Parrish and Underground Resistance. Black Coffee, Karizma and Denis Sulta play on the 6th, with a 1080p showcase headlined by Montreal resident Project Pablo the next night. Beloved Montreal party Turbo Crunk sees a rare revival on the 15th with former RBMA participant Lunice and Jacques Greene.

On the 24th, pioneering composer Pauline Oliveros will headline the Montreal Planetarium. Later in the evening, Dopplereffekt performs for swimmers using a custom-built underwater soundsystem. DJ Stingray is on support with a strictly Drexciya set. The festival wraps with Björk DJing back-to-back nights, and finally, on the 27th, a live show from hometown hero Tiga. 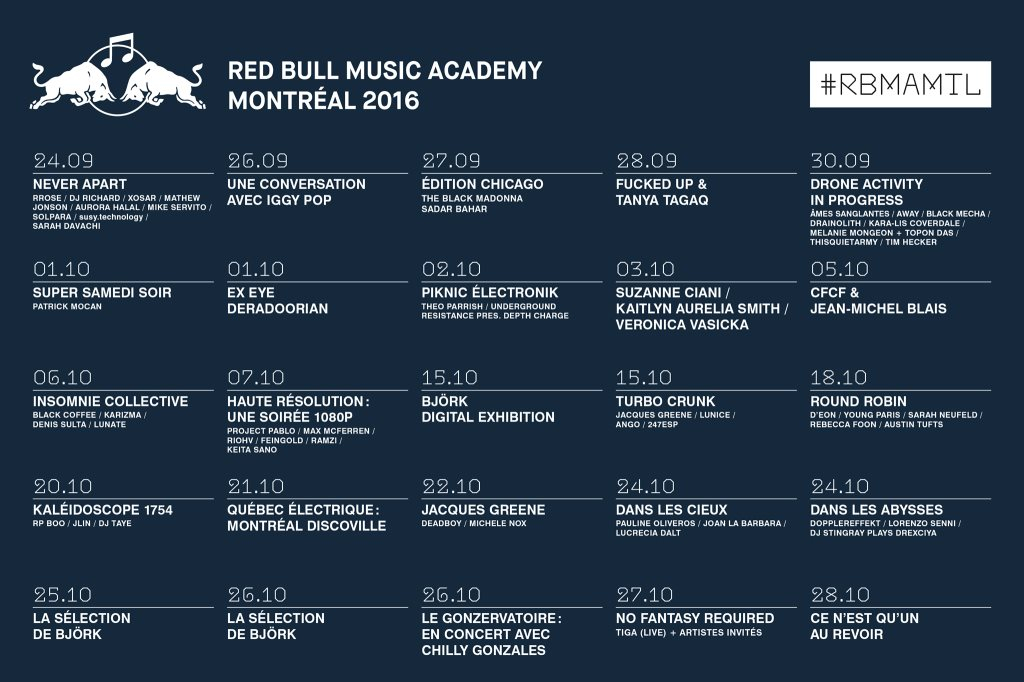