Putin must be annoyed AF

I'd say that's too bad for the Men's Hockey event, but without NHL players participating, the excitement around that event will be minimal already.

Klubmasta Will said:
I'd say that's too bad for the Men's Hockey event, but without NHL players participating, the excitement around that event will be minimal already.
Click to expand...

the khl already said before this that they wouldnt release foreign players to play which is pretty cheap but not odd considering how much putin wants olympic hockey gold. holding sochi was a power move for putin as he fully expected to win the olympic hockey gold in russia and he was willing to pay billions for it. the look on his face when the russians were eliminated was pure gold.

Russian officials and public figures have referred to the ban on the Russian teamfrom taking part in the 2018 Winter Olympics as “war”, “racism” and “genocide”, as Tuesday evening’s announcement by the International Olympic Committee (IOC) was met by a wave of righteous anger.

Putin has already said he will not let Russian players play under the olympic flag. KHL has asked for permission but it likely won't be granted given Putins position.

So no North American players, no Russian and a depleated Finnish Team (jokerit plays in the KHL and has several player who would play for Finland)

kyfe said:
Putin has already said he will not let Russian players play under the olympic flag.
Click to expand...

I thought I read Putin would allow Russian athletes to compete under Olympic flag?

SneakyPete said:
I thought I read Putin would allow Russian athletes to compete under Olympic flag?

lip service, if you read the entire article it becomes apparent that participating will be frowned upon
C

Russians are so scary.With all their drugs. 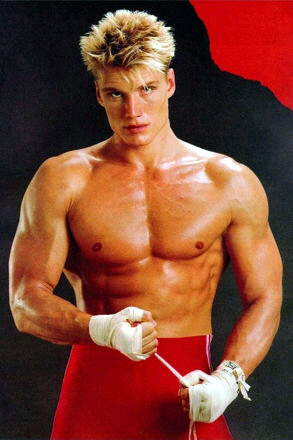 I'm digging the Chloe Kim and Shaun White show. I haven't watched much of the games except for the snowboarding (slopestyle and half-pipe) thus far.

The unfortunate lack of men's hockey with NHL players as the marquee event seems to be having a noticeable impact on interest levels for this year's winter games.

Been liking the ski jumping and speed skating for sure.

Cockey little bugger. Owning it though. 1/2 pipe was pretty banging. Felt it when that 16 year old Japanese kid hit. OUCH!

So apparently the boob was broadcast in 4k?

Women's Hockey team gets silver after the shoot out. Nothing to be ashamed of.

Also, Fuck the shoot out.