The Los Angeles Police Department's bomb squad investigated a device that apparently fell from a truck and onto the side of the westbound Foothill (210) Freeway, police said.

"We will be treating it as if is something, but hope that it is nothing," Lopez said.

The device appeared to be a replica of the famed "Fat Man" nuclear bomb.

The freeway was closed between Polk and Yarnell streets while police investigated the device, Lopez said.
Click to expand... 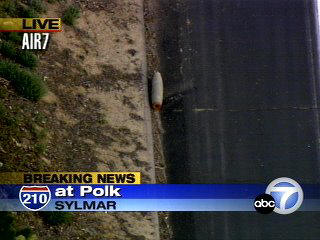 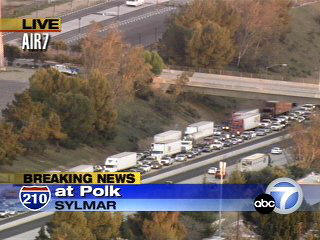 I saw a documentary about this!

I think it was called Speed!
J

The LAPD's Officer Mike Lopez said an evacuation of nearby homes near the freeways underpass may be necessary.

it's a giant doob!
S

i'm so alarmed, that i've gone full circle and have become bored again.

Can't be a real bomb, otherwise Bush would have thwarted it then talked about it three years from now.

i bet it's a fucking golf bag.

Don't worry, Jack will take care of it,

lots of stuff look similar to those. it's probably just some piece of some industrial machinery or something.
J

MAYBE ITS A STINKBOMB!
J

It was probably just Tank Girl and her wacky bra. 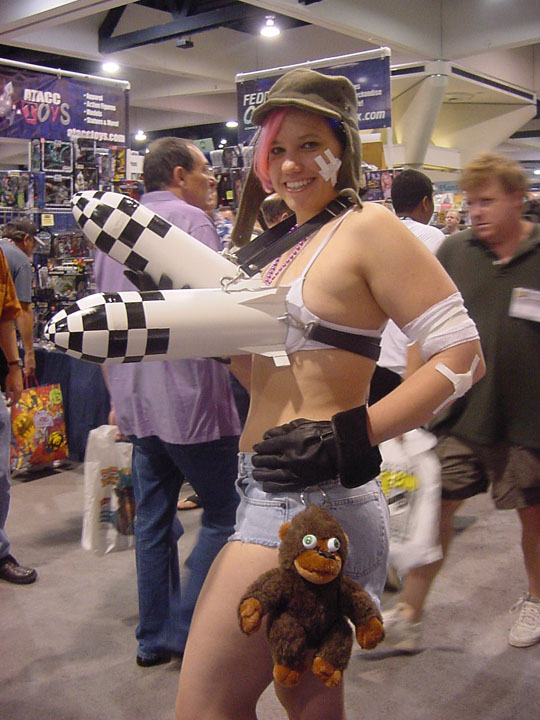 Originally posted by junglisthead
looks very similar to something like this

it's a canopic jar!