Political Douche of the Day

This thread is dedicated to the sultans of douchebaggery in the political world. Post a picture and an accompanying quote/link that demonstrates their douchebag-ness in all its douchebag-ian glory.

I'll start us off. Ladies and gentlemen, I bring you 12th Degree Douchebag, WILLIAM KRISTOL!!!

"What's more, there are hopeful signs that Iraqis of differing religious, ethnic, and political persuasions can work together. This is a far cry from the predictions made before the war by many, both here and in Europe, that a liberated Iraq would fracture into feuding clans and unleash a bloodbath. The perpetually sour American media focus on the tensions between Shiites and Kurds that delayed the signing by three whole days. But the difficult negotiations leading up to the signing, and the continuing debates over the terms of a final constitution, have in fact demonstrated something remarkable in Iraq: a willingness on the part of the diverse ethnic and religious groups to disagree--peacefully--and then to compromise."

Glenn Reynolds. Possibly the Douchiest of all the Blogosphere. War apologist and "libertarian" (actually, Bushite Republican who thinks he's libertarian) this guy cranks out "insight" on a daily basis at his blog, Instapundit.

Here is one of his greatest moments of douchebaggery, awarding the "Pulitzer Prize for Terrorism" to Bilal Hussein.

No updates yet from this Douche in response to this:


BAGHDAD - An Iraqi judicial committee has dismissed terrorism-related allegations against Associated Press photographer Bilal Hussein and ordered him released nearly two years after he was detained by the U.S. military.​
And here he is, the masculine, stalwart lover of freedom - and Douchebag extraordinnaire, Glenn Reynolds: 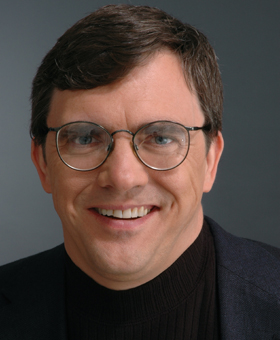 This clip of Kristol getting pie faced never gets old.


The neocons should be investigated for what they knew about 9/11. Specifically Cheney and Rumsfeld.
A

Getting a pie that close to someone is actually quite a skill. It's not easy to conceal something that runny.

not only did they get it that close, but they got him with velocity too. Now I'm going to watch it again.

Here is a 2nd Douche for today, I know the thread title has "Douche of the Day" in singular but this takes the take.

Malkin has out Malkin'ed herself. She is responsible for THIS:

and here she is, in all her Douchebaggian glory: 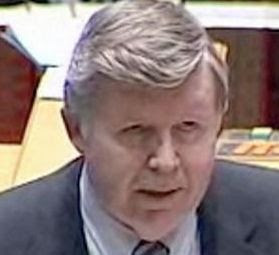 "We don't need 5,000 more illiterate peasants in the state of Colorado," Bruce, R-Colorado Springs, told the chamber to an audible gasp.

Rep. Kathleen Curry, leading the House at the time, immediately barred Bruce from speaking at the podium, an uncommon maneuver.

"How dare you?" she asked Bruce, before House members moved back to discussion of a bill aimed at helping seasonal farm workers from other countries enter the state legally on a temporary basis.

The pilot program, which sets up liaisons in Mexico to assist foreign workers, would allow up to 5,000 laborers into Colorado
over five years.​
The next day, Bruce was unrepentant, even going so far as to explain that he brought it up because he wanted to raise the issue of, yep, illegal immigration:


Bruce stood by his statement afterward, saying his colleagues are "offended by the truth" and contending the term was technically accurate. He said
he'd been planning the bill-related speech — at least two pages, single-spaced — for about a week.

"I was trying to make illegal immigration an issue for the House," Bruce said. "They just don't want anybody to disagree with a bill that they like."​
The legislation in question, of course, was all about bringing in legal immigrants. Not that the nativists actually make that distinction.

it's gotta go to bush dubya today for trying to sell americans on the need for the u.s. to support and go ahead with drilling for oil in the alaskan national wildlife reserve.

dvs said:
it's gotta go to bush dubya today for trying to sell americans on the need for the u.s. to support and go ahead with drilling for oil in the alaskan national wildlife reserve.


WASHINGTON, April 29 (Reuters) - The Bush administration says the United States would be less addicted to foreign oil and fuel prices would be lower if Congress had only opened up Alaska's Arctic National Wildlife Refuge to drilling.


But that claim doesn't reflect the long lead time to develop the refuge's huge oil reserves, which would not be available for several more years and initial volumes would still be small if Congress in 2002 had approved the administration's plan to drill in ANWR, energy experts say.


President George W. Bush during his first year in office made giving energy companies access to the estimated 10 billion barrels of crude in the refuge the centerpiece of his national energy policy that sprouted from Vice President Dick Cheney's controversial and secretive energy task force.
With gasoline prices soaring to records in recent weeks, Bush has stepped up his argument that ANWR oil is a solution.


"We should have been exploring for oil and gas in ANWR," he said last week when asked about record pump costs. "But, no, we made the decision and our Congress kept preventing us from opening up new areas to explore in environmentally friendly ways and now we're becoming, as a result, more and more dependent on foreign sources of oil."


Congress has tried several times in Bush's two terms to pass legislation to finally open the refuge to energy exploration, but always fell a few votes short due in part to concern over what drilling would do to ANWR's wildlife.
"They've repeatedly blocked environmentally safe exploration in ANWR," Bush complained to reporters on Tuesday at a Rose Garden press conference. He said oil supplies from the refuge "would likely mean lower gas prices."


The Energy Information Administration, which is the Energy Department's independent analytical arm, estimated that if Congress had cleared Bush's ANWR drilling plan the oil would have been available to refiners in 2011, but only at a small volume of 40,000 barrels a day -- a drop in the bucket compared with the 20.6 million barrels the U.S. consumes daily.
At peak production, ANWR could have potentially added 780,000 barrels a day to U.S. crude oil output by 2020, according to the EIA.


The extra supplies would have cut dependence on foreign oil, but only slightly. With ANWR crude, imports would have met 60 percent of U.S. oil demand in 2020, down from 62 percent without the refuge's supplies.
All three leading presidential candidates, Democrats Barack Obama and Hillary Clinton and Republican John McCain, are against oil drilling in the refuge.


The administration says if Congress had acted sooner, U.S. drivers would be getting relief at the pump from the extra oil supplies in the market.
"Opening up ANWR is not long term," Bush said Tuesday.
But both government and private energy experts say Bush is overly optimistic that ANWR oil would be flowing now if Congress had approved his drilling plan back in 2002, because of the years needed to find the crude and develop the fields.


"I would say under the best of circumstances it would take approximately 10 years" for any ANWR oil to make it into the market, said Philip Budzik, an EIA analyst.


"Even if oil was flowing, it would be too small amount to reduce the price" of crude or gasoline, said Daniel Weiss, energy expert at the Center for American Progress, a think tank in Washington.


"President Bush's claim ignores the primary causes behind record high oil prices: a cheap dollar, high demand from China and India, and speculators driving the price up. Drilling and sullying the Arctic would not address any of these causes of high oil prices," said Weiss.


White House spokesman Scott Stanzel disputed Bush has implied ANWR oil would be available today if his drilling plan was approved in 2002. "He didn't say my 2002 vote," Stanzel said. However, he could not clarify whose drilling plan the president was talking about.


Gerald Kepes, head of the upstream oil and gas practice at the PFC Energy consulting group, said if the Interior Department had begun leasing tracts in ANWR in 2003 the first oil would had probably been flowing in 2012.
"This all assumes that there would be no environmental challenges," said Kepes, as lawsuits to block drilling could take years to resolve. "Really, 2015 is more then likely."


Opening ANWR could have made current prices worse because Saudi Arabia may have delayed increasing its oil production capacity, making world supplies tighter and prices higher.


also gotta love how they're trying to get votes in the senate but tryign to tie in israeli aid among other things...

Another priceless Bushism. For christ's sake, somebody get the giant hooked cane and drag this two-neuron wonder off the world stage already!!
E

umm, perhaps you should have renamed this US Political Douche of the Day...
D

erika said:
umm, perhaps you should have renamed this US Political Douche of the Day...
Click to expand...

Perhaps you should have posted a non-US douche instead of making your once in 2 month contribution to the politics room an empty one...


There's lots of options... Olmert over there in Israel, Kinnear right here in Toronto, Giambroni, Lastman, Harper, Dion, there's Uribe down in Colombia - heck... the options are limitless...

Berlusconi is a douche...

The italians once again re-elect their richest man...

Plastic surgery afficianado and all round arrogant spaghetti slurper, I can't believe we're going to have to endure more Berlusconi coverage... Though I guess since he owns a lot of major media in Italy I guess we won't really be through with him til he dies due to plastic surgery complications.

It's like some sort of bizarre universal, cosmic joke is being played on us.
Last edited: Apr 30, 2008

Silvio Berlusconi sparks outrage by comparing his judicial woes to Jewish suffering in Hitler’s Germany | National Post
The BBC translated the former leader as saying his children “feel like the families of Jews… under Hitler’s regime.”

Doug Ford compared the media's hounding of his brother to the paparazzi chasing Princess Diana.

wow, it goes from bad to worse. He doesn't need rob ford to ruin his own political career.

Orange crush in the Canadian Rockies.
Whats up Ontario???

Bristol Palin the self described "Ambassador for Abstinence" and martyr for the anti-same sex marriage moment, bigot to transgender people - is pregnant again.

And she didn't bother to name the father of the child - not sure if it's the dude that broke off their engagement last month. Who knows.

But the kicker for the announcement: "I don't want any lectures" despite giving many with a holier than thou theme when it served her earning nearly $1 mil for the abstinence movement in speaking fees.

She's hoping God will help out.

he wants to ban travel to countries that are ' ground zero ' for terrorism.
he also wants to make it a criminal offence.

He just last year sold 15 Billion worth of armored vehicles to Saudi Arabia.