Polar Vortex WTF Are They

What is the Polar Vortex?

The stratospheric polar vortex is a large-scale region of air that is contained by a strong west-to-east jet stream that circles the polar region. This jet stream is usually referred to as the polar night jet. The polar vortex extends from the tropopause (the dividing line between the stratosphere and troposphere) through the stratosphere and into the mesosphere (above 50 km). Low values of ozone and cold temperatures are associated with the air inside the vortex.

The left image shows total column ozone. The right image shows temperature on the 50 hPa pressure surface (about 20 km in altitude). The highest values of the total ozone column are found near and just outside the polar vortex edge or near the polar night jet. Relatively lower values of total ozone are co-located with the polar vortex. The distribution of temperatures of the lower stratosphere are similar to the distribution of total column ozone. Warmest temperatures are found near and just outside the vortex. During winter, temperatures in the vortex usually drop below 195 K, and polar stratospheric clouds form. Chemical reactions on the surfaces of these cloud particles releases chlorine that originated from CFCs into forms that can rapidly destroy ozone.

The stratospheric polar vortex shows quite a bit of day-to-day variability. This variability is caused by weather systems or large-scale waves that move upward from the troposphere into the stratosphere. In the left image (9 January 2010), we see some undulations along the edge of the polar vortex, but the vortex is generally centered on the North Pole. Two weeks later (center image on 23 January 2010) we see the center of the polar vortex pushed away from the North Pole. On a constant latitude circle, PV values are high in the eastern hemisphere and low in the western hemisphere. This is referred to as a wave-1 pattern (a wave-2 pattern can be seen in the vortex breakup section below). The wave-1 pattern develops in the troposphere and moves upward (propagates) into the stratosphere.

These stratospheric waves are forced by the large-scale mountain systems and the land-sea contrasts between the continents and oceans. During the northern winter, these waves are continuously forming and moving upward into the stratosphere. The waves can “break”, much like the waves on a beach. These wave-breaking events erode the vortex and keep the polar region warmer and ozone amounts higher. Often, parts of the polar vortex are pulled away from the main vortex. The image on the right (28 January 2010) shows this, where a large piece of the polar vortex was pulled away from the main vortex (green colored material at the bottom of the image). A comparison between the middle and right images also shows a slight contraction of the polar vortex because of these waves.

Vortex breakup
The polar vortex is a winter phenomena. It develops as the sun sets over the polar region and temperatures cool. During the spring, the sun rises and the absorption of solar radiation by ozone begins to heat the polar stratosphere. This heating eventually causes the vortex to disappear along with the polar night jet. However, this process is helped along by planetary-scale waves that propagate up from the troposphere. This wave event that drives the vortex breakup (or final warming) acts to also increase the temperature of the polar region and ozone levels. We mark the day of the vortex breakup when the winds around the vortex edge decrease below a particular value (about 15 m s -1on the 460 K potential temperature surface). 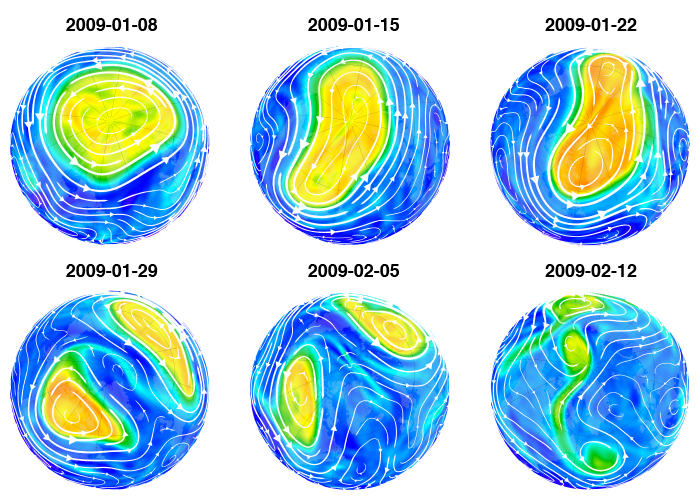 We illustrate the polar vortex breakup with six PV images from 2009 for 8 January (top left) through 12 February (bottom right). Each image is one week apart. On 8 January the vortex is fairly symmetric. Through the 15th and 22nd the vortex is elongated and displaced off the pole. By the 29th the vortex has split. The vortex weakens, and as can be seen on 5 February, the streamlines show that the winds have decreased in strength. By the 12th, the vortex has completely collapsed. 2009 is a good example of an early final warming. 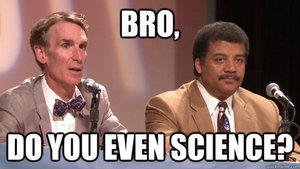 The poles are shifting we're going to die!!

what does The Watcher think he knows? Can he "feel it"???

"@cbcasithappens: The breakout star of the polar vortex: a convict escapes prison but when faced with the cold,escapes from his escape by turning himself in."
J

It means it's cold everywhere except Australia. Which is fine because Australia sucks.

"hiss, turn on the polar vortex destro! we will defeat gi joe this day!!!! hiss"

... Or a Deceptacon weapon... If that happens Optimus will have to be resurrected.
L 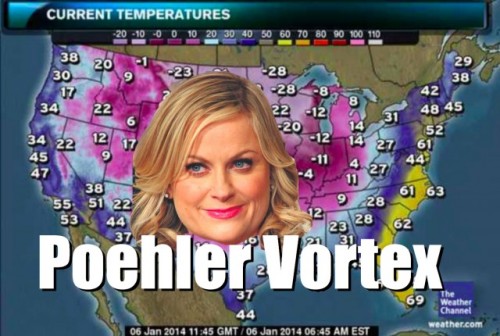