this will probably get moved to the g33k forum (or maybe the sports forum?).. but damn it's funny. 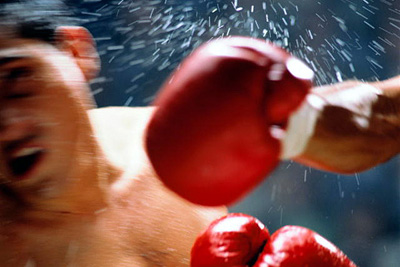 An employee of Cognitive Technologies computer company has beaten a man who was selling the company’s software illegally.

Manager of the company’s software department, Andrei Smirnov, offered to fight the dealer in a fitness center. He defeated the computer pirate 24-16 in three rounds, lasting three minutes each. The dealer’s name was not revealed, News.Ru web edition on high technologies reported on Thursday.

In February, Smirnov saw the dealer selling CDs with his company’s software at a computer market without a license. Smirnov demanded that the dealer stop the illegal sale. A scuffle broke out, but they were stopped by the guard. After that, the pirate expressed a wish to continue the fight in the street, but Smirnov suggested a fitness center.

See now this is how Microsoft should be fighting pirates.