Staff member
Your children will look extra sparkly when covered in asbestos !

Suspect cosmetics were sold in Canada but have been removed from stores since Dec. 22

Health Canada says it has requested testing data from Claire's Stores Inc. following reports that asbestos has been found in certain cosmetic products sold by the international retailer of youth-oriented jewelry and accessories.

The federal agency said Friday that it contacted Claire's, which confirmed that the suspect cosmetics were sold in Canada but have been removed from stores since Dec. 22.

Claire's issued a statement on Thursday through Twitter and Facebook that said it would issue full refunds to concerned customers but the company didn't respond to The Canadian Press's request for further information.

The retailer's first comments through social media, issued last week, followed a local television news report in Providence, R.I., which was contacted by woman who works at a Rhode Island law firm that specializes in asbestos litigation.

Kristiana Warner told by WPRI-TV that she was already working with a lab on another case and decided to have her six-year-old daughter's makeup tested — leading to the discovery of asbestos in one product, and later in 17 samples.

Health Canada said in an emailed statement Friday that it will continue to monitor the stop sale to verify that they remain off the market and take further action if testing demonstrates a risk to health and safety.

Claire's, which is based in the Chicago area, most recently said that nine products have been withdrawn from sale: 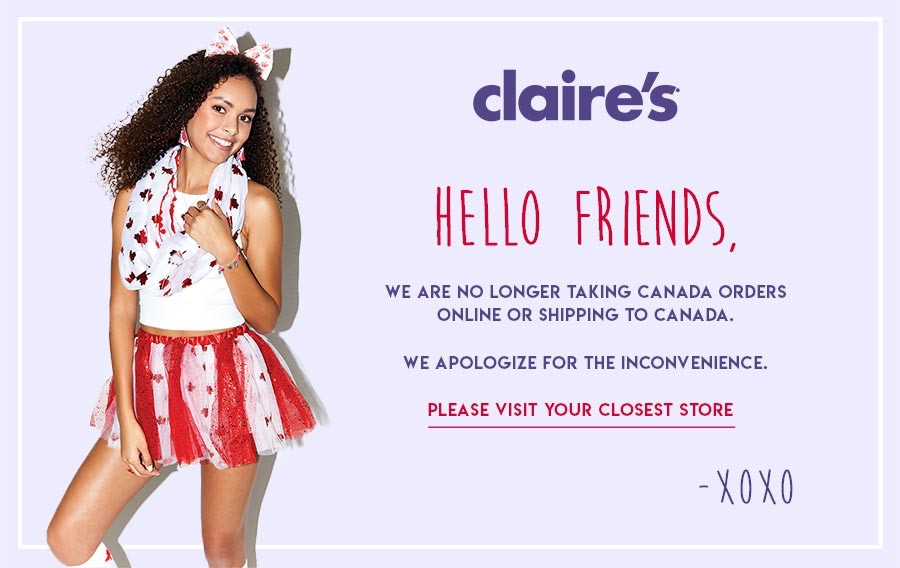